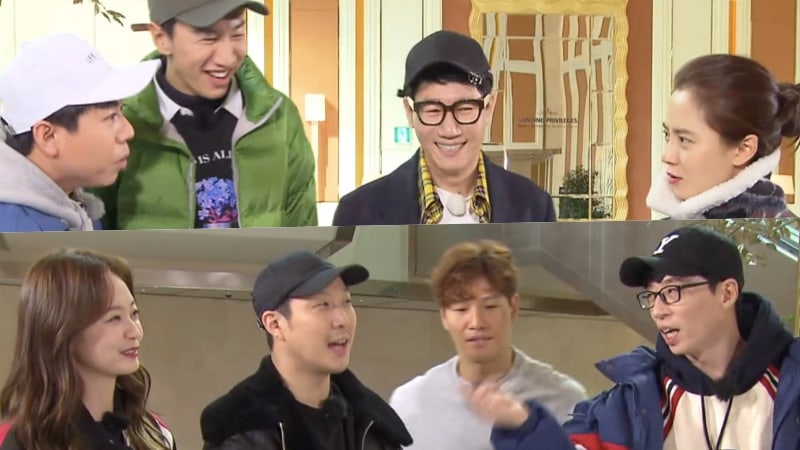 “Running Man” has released a new sneak peek at its upcoming episode!

On the next episode of the SBS variety show, the cast members race across Jeju Island in an attempt to “capture” as many landmarks as they can. The eight members split into two teams helmed by Yoo Jae Suk and Ji Suk Jin for the race, but it isn’t long before the “Running Man” cast begins to suspect that there may be traitors in their midst.

The newly released preview teases Kim Jong Kook and HaHa jokingly subjecting Jun So Min to an antiquated form of traditional Korean torture as they accuse her of betraying their team.

To see more of the Jeju Island landmark race, don’t miss the next episode of “Running Man,” which airs on February 18 at 4:50 p.m. KST.

In the meantime, check out the preview below!

You can also catch up on the latest episode of the show here: