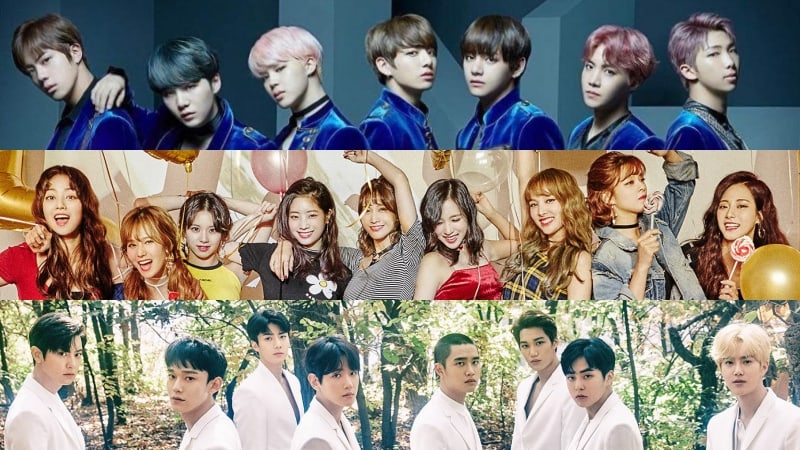 TIME Magazine has shared its list of “the Best K-Pop Groups You Should Know About.”

On February 9, the American magazine published a list of the top six “standout groups” in K-pop just in time for the opening ceremony of the 2018 PyeongChang Winter Olympics. Referring to K-pop as “diverse in sound” and “one of the most successful genres in the world,” the publication chose to highlight six groups in its introduction to the genre.

First on the list was BTS, whom TIME Magazine described as “one of music’s biggest social media phenomena.” Next was TWICE, who “made a splash with their polished take on bubblegum pop.”

EXO and Red Velvet followed, with both groups being praised for their musical flexibility and the ease with which they switched between genres.

Finally, iKON and SEVENTEEN rounded out the list, with the publication specifically mentioning the success of the two groups’ latest hits (“Love Scenario” and “Thanks” respectively).

Congratulations to all of the groups on the list!