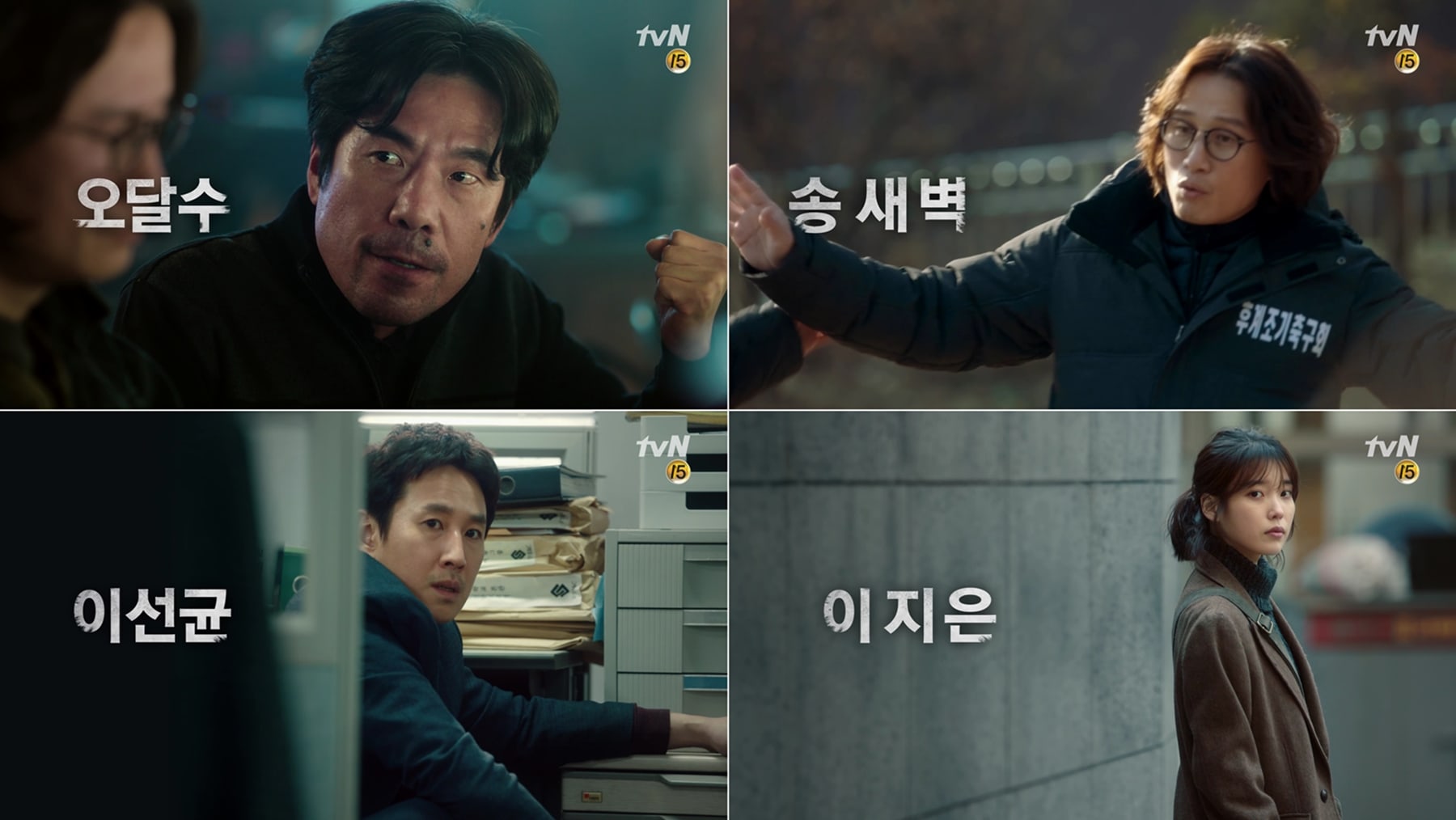 The new Wednesday-Thursday drama “My Ahjussi” (working title) is slated to premiere on tvN on March 21. The drama tells the story of three middle-aged brothers and a cold, tough woman as they come together and heal the scars of the past.

In the teaser, we see the first glimpses of these lead characters. All of the brothers are worn down by life and getting into trouble, while IU’s character looks at the camera coldly from a distance.