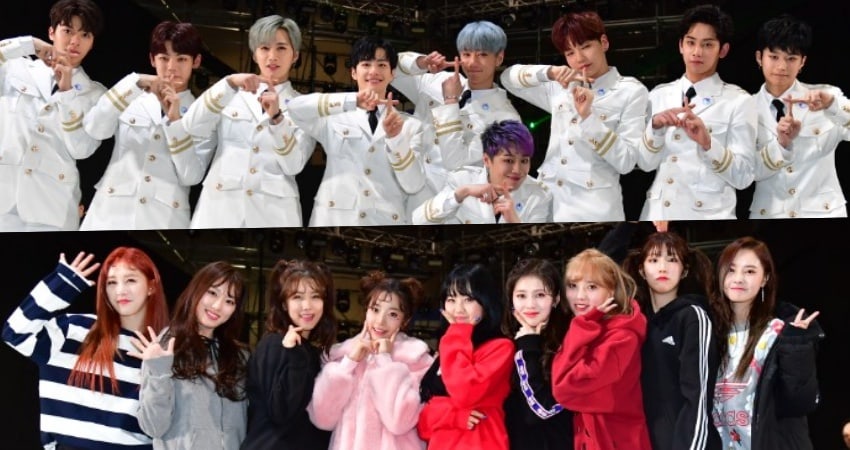 The final 18 members of KBS idol rebooting project “The Unit” drew in a big crowd when they held a surprise concert at Yeongdeungpo Times Square.

The 18 members held a guerilla concert on February 11 to meet with fans and raise anticipation for their future activities. Comedian Lee Soo Ji was the MC for the event and the members put on a show for the crowd. It is said that so many fans of Unit B and Unit G flocked to the venue to see their favorites from the show that the area was packed during the event.

With the final members now announced, “The Unit” will be airing a behind-the-scenes episode on February 18 at 11:30 p.m. KST with a “The Unit Special Show” performance set to air on February 24. It is at this event that the official group names for both units will be announced. To kick off their activities, Unit B and Unit G members will hold a fan meeting at Gocheok Sky Dome on March 3.