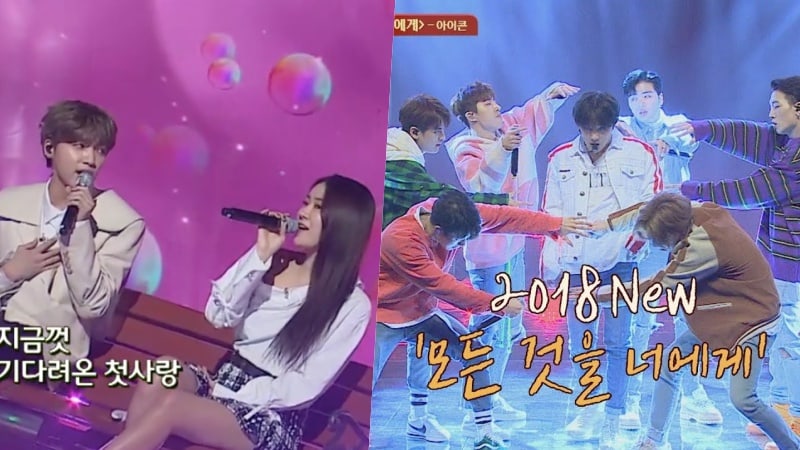 Watch: Jeong Sewoon, Soyou, And iKON Put Their Own Spin On 2000s Hits For “Sugar Man 2”

iKON, Soyou, and Jeong Sewoon took on the challenge this week to take old songs and give them a modern spin!

The February 12 episode of JTBC’s “Sugar Man 2” featured appearances by Paran and D.Bace. “Sugar Man 2” invites singers who are no longer active to perform their old hits and share what they’ve been up to since leaving the entertainment industry. Currently active singers are also invited to perform remakes of their seniors’ hits, with the audience voting for their favorite stage.

Paran was an idol group who made their debut in 2005 with the song “First Love.” They were quite popular internationally as well, with a Thai member of their fan club recording a video for the show to introduce them. When asked why they disappeared from the public eye, the members explained, “We had quite a unique concept as a vocal team when we debuted. But then we completely changed our concept to a dance group with our second album and a lot of fans left. Some of us enlisted and we naturally disappeared from the public eye.”

D.Bace was a hip hop group who debuted in 2001. They released two albums before disappearing and when they were asked why, the members stated, “We didn’t really hit it big with our hip hop music. We were asked by our agency if we would consider changing our music style, but we didn’t want that. All of us agreed that we wanted to keep our hip hop style, so we just stopped creating music.” They took the opportunity to apologize to their fans as they added, “We believe we made a big mistake to our fans who loved us. We never officially disbanded and we never gave them an explanation. So we’re announcing that as of February 12, our group will officially disband. This will be our last stage, thank you to everyone who loved us.” Their first performance in 15 years also became their last with their announcement.

iKON
Soyou
Jeong Sewoon
Sugar Man 2
How does this article make you feel?