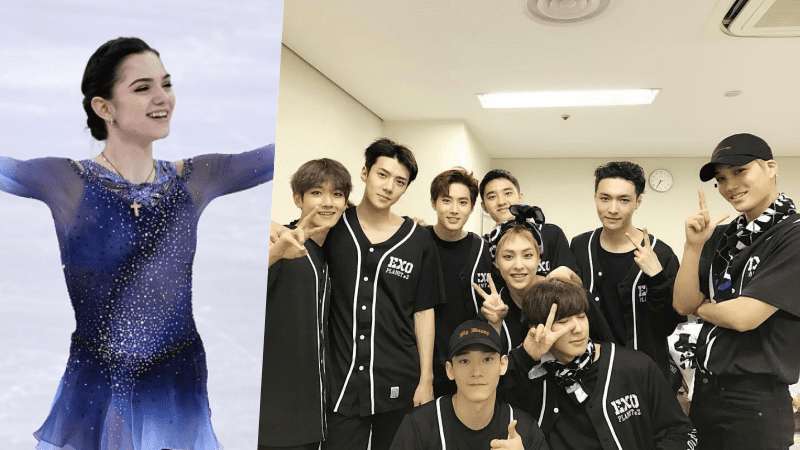 After displaying masterful jumps and spins on the ice, she received 81.06 points for her short program and broke her previous world record of 80.85 points. This achievement comes after the skater’s tumultuous year after recovering from a broken bone in her foot.

In an interview following the results, the 18-year-old figure skater said, “I’m happy I set a world record. It’s been difficult, but I worked hard to be on stage at the PyeongChang Olympics.”

Evgenia Medvedevа’s lit up when reporters asked her what K-pop songs she likes. She answered, “I enjoy listening to EXO’s songs.” When asked if she wants to meet them since she’s in Korea, she replied, “I really want to see them. I have all of the EXO members’ photos.”

The two-time world champion revealed that she listened to EXO before her program and continued, “It’s unreal inspiration and it really improved my mood. I was able to compete well. I feel more confident because of them.” She added, “I hope that all of the EXO members are healthy.”

EXO
XPN
Evgenia Medvedevа
How does this article make you feel?