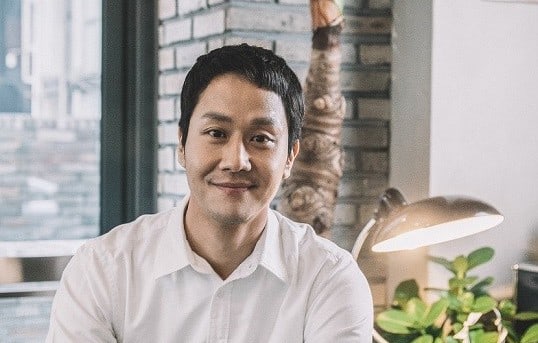 Actor Jung Woo is currently promoting his latest film “Heungbu,” but in a recent interview, he shared why it’s been difficult.

The film ends with the credit, “We were happy to have filmed with the late Kim Joo Hyuk.” “Heungbu” is the story of a genius writer in the Joseon Dynasty who moves the Korean peninsula with a story called “Heungbu Jeon.” The story is about himself and his less-than-cordial brother.

Kim Joo Hyuk, who stars in the film, passed away in an accident last year.

Jung Woo, who worked with the late actor for three months on the film, teared up during the interview when talking about his co-star. “I wasn’t able to watch the movie properly during the screening,” he said. “I think I’ll have to see it again. I kept remembering the days when we filmed. Of course, I thought of him [Kim Joo Hyuk] the most.”

He continued, “I want to share some of the things he did and said on set, but I also want to be careful. Promoting the film while thinking of him is harder than the actual filming of the movie was.”

“Heungbu” is Jung Woo’s first historical film, and he shared some insights into how he approached his character, the dialect of the period, and learning to ride a horse.

One of the messages Kim Joo Hyuk’s character says in the film is, “Don’t get tired of dreaming.” When asked about his own dream, Jung Woo said, “I always dream of becoming a better actor. When I was young, it was to win the Best New Actor award. I achieved that with the 2009 film ‘Wind.’ Now I’m thinking, ‘What kind of actor will I become?’ And ‘What kind of actor is a good actor?’ I look at my previous productions and blame myself, and hope that that will motivate me to do better in the future.”

“Heungbu” will be released in theaters in South Korea on February 14.

Jung Woo
Kim Joo Hyuk
Heungbu
How does this article make you feel?