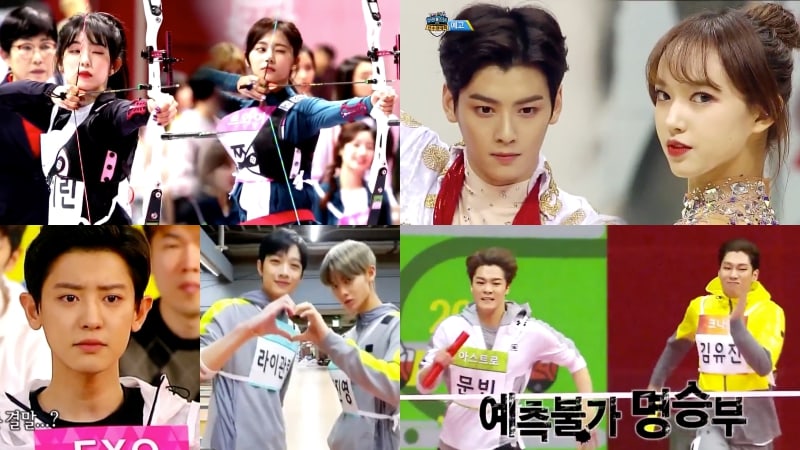 Red Velvet and TWICE go head-to-head in archery in another clip. The MCs describe the beauty of Red Velvet’s Irene and TWICE’s Tzuyu as they shoot their arrows.

Cosmic Girls’ Cheng Xiao is back for another year on the mat to compete in rhythmic gymnastics, with a new video also showing CLC’s Seungyeon and APRIL’s Rachel competing for this year’s gold medal. Meanwhile, boy groups such as ASTRO and Golden Child show off their in-sync dance routines for the aerobics category.

The track and field category looks like there will be many close calls and plot twists again this year. Many female and male idols catch up to one another, sprint, and battle it out to become the first one to cross the finish line in a teaser.