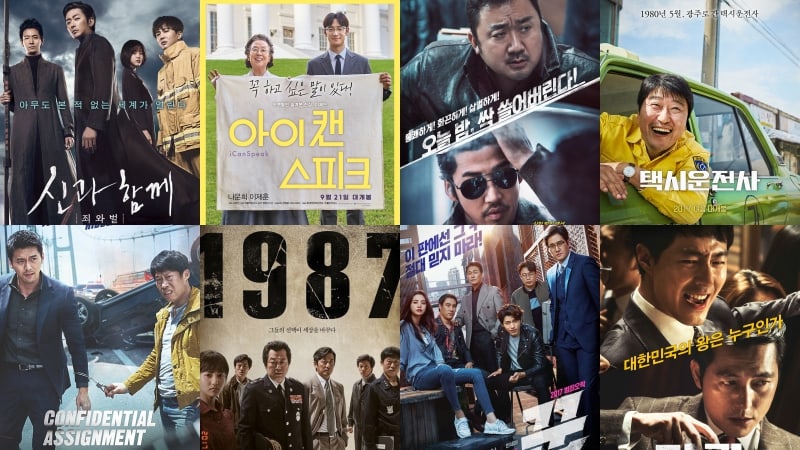 The Korean Film Commission has published its findings after analyzing commercial films that were released in 2017 and found a lack of female representation on and behind the screens of Korean films.

Out of all of the commercial films released in 2017, 17 out of 66 films (25.8 percent) had a female lead and seven out of 83 films (8.4 percent) were directed by a female director. This was the result of an end-of-the-year evaluation released by the Korean Film Commission released on February 12.

This is the first year that gender statistics have been reported. The data is aimed at Korean commercial films that premiered in the last five years that had a total production cost of over 1 billion won (approximately $921,800) or played on more than 100 screens. It identified the number of females working at the center of filmmaking such as directors, producers, writers, and videographers. It also focused on the scale of movie releases and profitability.

The Korean Film Commission stated, “While the number of commercial feature films directed by women slightly increased in 2016 and 2017, there is not enough cumulative data to determine that this increase is significant. Female workers are impacted the most when there is a decrease in movie attendance or capital investment in the industry. Compared to 2016, the number of commercial films in 2017 increased, but the number of women participating in directing, producing, and writing decreased dramatically,” and added that a longer-term analysis was needed.

The size of the Korean film industry increased 2.4 percent or 2.3 trillion won (approximately $2.1 billion) over the previous year. However, considering that the GDP grew by 3.1 percent, the film market did not see actual growth.

Korean film exports totaled $118.8 million with an increase of 17.5 percent. Exports of finished products totaled $40.7 million, which is a decrease of 7.2 percent compared to last year. Meanwhile, service exports totaled $78.6 million, nearly twice the amount of finished exports, which was affected by the steady entry of VFX (Visual Effects) and DI (Digital Intermediate) into China.

Out of the 376 Korean films released in theaters in 2017, 83 commercial films were analyzed and recorded 4.7 percent in investment profitability. Although the low performance of high-budget films accounted for the lower profitability, medium and low-budget films returned a rate of return of 0.1 percent.

Korean Film Commission
How does this article make you feel?