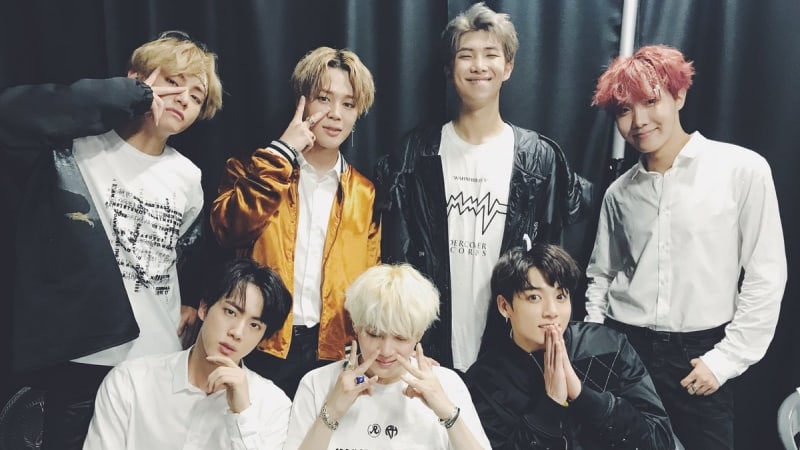 BTS Comes Up With Fun Ideas For Future Live Broadcasts

On February 12, BTS held a V Live broadcast for being chosen as one of V Live’s Global Top 10.

During the broadcast, BTS talked with their fans, reminisced about their past year, and looked ahead to 2018.

Jin began, “This is all thanks to ARMY. I don’t know how to repay you for this,” and blew fans a kiss. Jungkook said, “I am working hard to show you cooler things,” and added he is practicing playing the piano.

The group then watched video messages from their fans congratulating them on becoming one of V Live’s Global Top 10. V commented, “I realized again today that people love us from many countries. We will go to you soon, so please wait.”

In order to thank their fans, BTS members came up with creative awards such as the “Meal Award,” “You Are My World Award,” and “Beyond My Imagination Award,” all of which were puns on the word “award.” 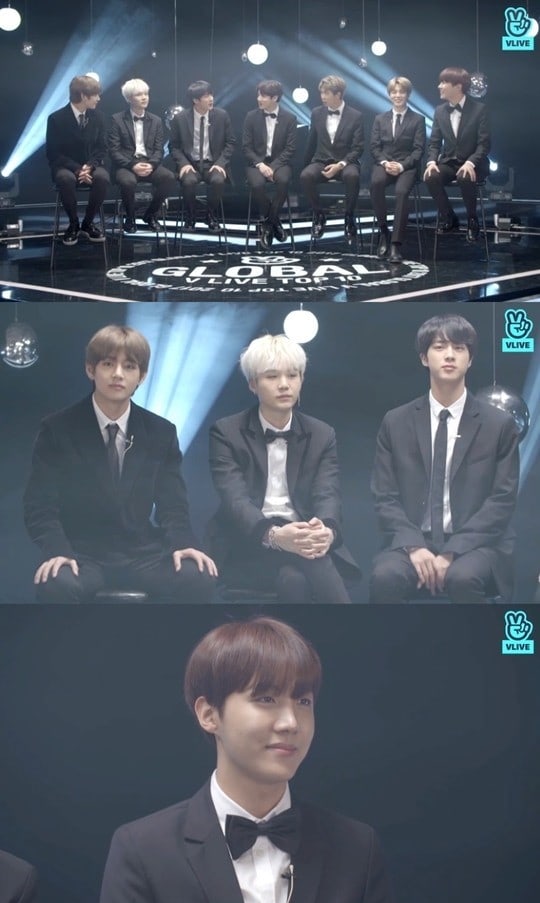 The members also watched their past V Live broadcasts, received a trophy, and gave acceptance speeches. Jimin stated, “I think RM communicated the most with fans.” RM named J-Hope and Suga, and the members all praised one another for their efforts to communicate with fans through the site.

Jungkook said, “I want to do ‘Bon Voyage 3.'” Jin revealed, “I told the staff that we should go to the jungle.” RM added, “When J-Hope’s mixtape comes out, he will do a mixtape V Live.” He also suggested Jungkook do a live broadcast in his studio.

Jin said, “Jungkook’s studio is big, but it’s difficult to enter it because there are so many things.” V promised he will do a V Live with his puppy Yeontan. Jimin added, “I like to just talk with our fans,” and Suga said, “I think it would be nice to just do it as Jimin.”

BTS concluded the broadcast by saying they will continue to show that they are worthy of being one of the Global Top 10 artists in the future.