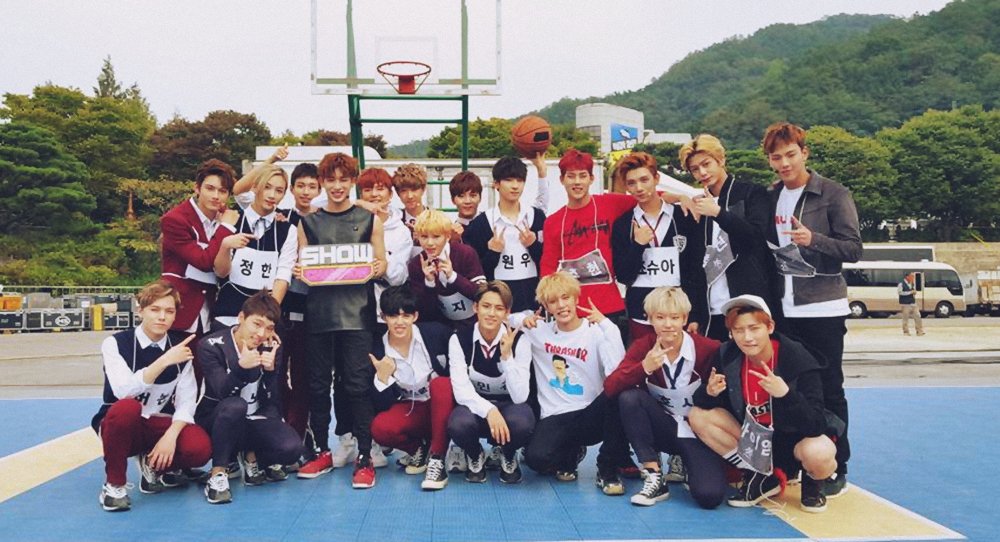 With both groups debuting in the same year and having a couple of overlapping schedules, SEVENTEEN and MONSTA X members bonded really quickly. The two idol groups are often seen interacting with each other and their time spent together is something both Carats and Monbebes adore.

Let’s take a look at their most precious interactions that gave us serious friendship goals!

What is better than watching your favorite group performing on award shows? Watching your faves collaborating with your other beloved boys and showing a perfect dance performance. They are the definition of talent!

These boys definitely know how to hype each other’s performances!

It goes the other way around, too! The MONSTA X boys had a whole lot of fun during “Clap”!

Is your heart ready to take even more fanboy moments? Look at this cute footage of MONSTA X members turning into full Carat mode and partying to “Adore U”!

Having fun and playing together

A basketball match between the two groups? Sign me up now! Their energy is no joke, and it’s so good to see them relaxing for a bit and having the time of their life playing against each other.

But sports aren’t the only thing MONSTA X and SEVENTEEN do together! Minhyuk once mentioned in an interview that he often plays Overwatch with Wonwoo and Woozi, too.

… is the idol interactions, no question. This year Seungcheol even posted a selfie with encouraging words to MONSTA X. 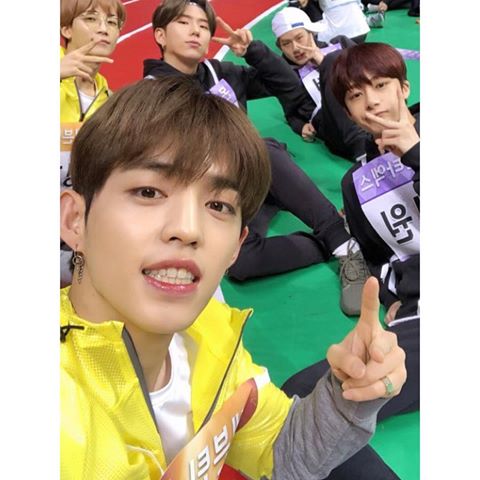 The most adorable moment was the time the two leaders, S.Coups and Shownu, made their lightsticks cross!

Spilling the tea here and there

Idols sure have a lot of things to talk about, but sometimes members from both groups are very eager to whisper in each other’s ears. 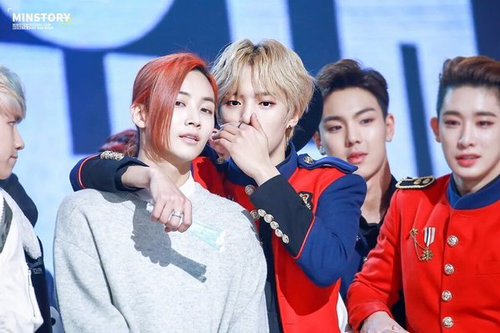 What did Hyungwon tell Jun that left the poor guy this shook?

what did hyungwon whisper to jun that garnered this reaction pic.twitter.com/uJcP1ssM1m

The selfie of the birthday boys

Kihyun and Woozi share the same birthday, but they were the ones giving us the greatest present: a beautiful selfie of the two of them! 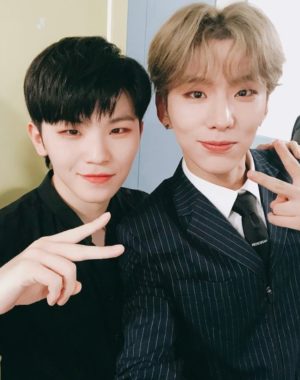 The kings of imitation

SEVENTEEN’s performance team leader Hoshi is amazing at idol imitations, and when he’s not making fun of his own groupmates (just ask Wonwoo about it), his favorite target is MONSTA X’s rapper, Jooheon. Jooheon did not hesitate to fight back, though!

Again, we couldn’t get enough of ISAC! Probably the most memorable moment was when Hyungwon decided to jump over SEVENTEEN’s resident giant, Mingyu. Hyungwon’s technique is no joke; just watch it on the video!

SEVENTEEN’s China line had to choose the most popular boy group member among girls, and Jun picked Wonho without hesitation. He even praised his physical features! Relatable, isn’t it?

The “Let’s be alone together!” squad

Vernon and Jooheon arrived at MAMA without their groups so they stick together like glue during the whole night. It was nice to see them chatting and enjoying the performances of the show!

What was your favorite interaction between MONSTA X and SEVENTEEN? Tell us in the comments below!

Watch SEVENTEEN and MONSTA X (and others) in the 2016 Idol Star Athletics Championships below!

When she’s not studying or working, fanniberger spends her time obsessing over K-pop groups, binge watching dramas and variety shows and drinking way too much bubble tea. Her greatest hobby is spamming her friends with SEVENTEEN GIFs. Say hi to her on Twitter and Instagram!

MONSTA X
SEVENTEEN
Soompi Spotlight
How does this article make you feel?