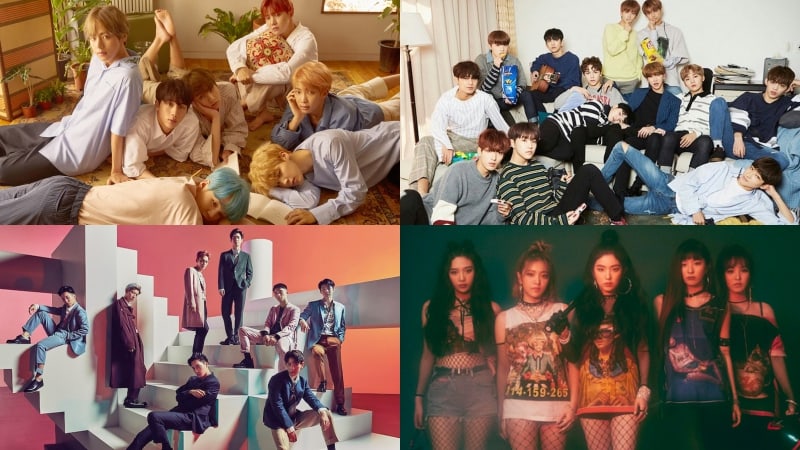 Billboard has released its latest charts for the week ending in February 17, with four of the albums in the top 5 of the World Albums chart by Korean artists.

SEVENTEEN’s new special album “Director’s Cut,” featuring the title track “Thanks,” has made its debut on the World Albums chart at No. 2.

EXO’s Japanese album “Countdown” has risen to No. 4 after entering the chart at No. 6 last week. Meanwhile, Red Velvet’s “The Perfect Red Velvet” album continues its run on the chart, now at No. 5.