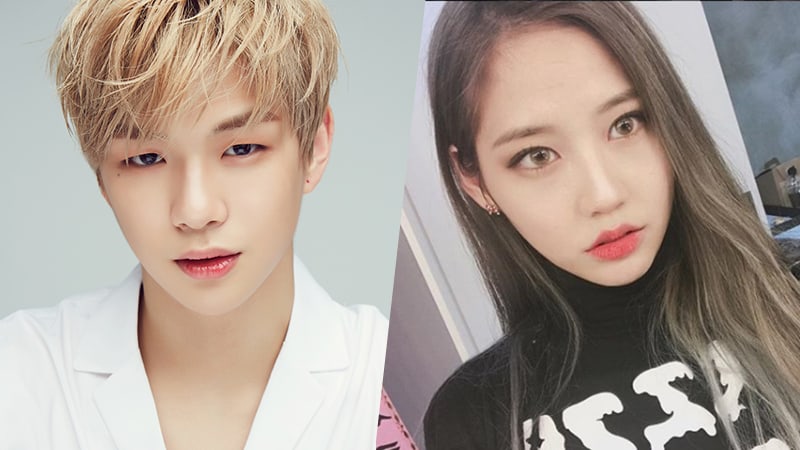 Early morning on February 14, rapper Yuk Ji Dam posted on Instagram a screenshot of a blog post written by a fan of Wanna One’s Kang Daniel, in which the fan wrote a story from Kang Daniel’s point of view.

In a largely unintelligible caption, Yuk Ji Dam claims the post is about her and Kang Daniel, saying, “Isn’t stalking illegal? […] I couldn’t read it all because I couldn’t handle it.”

To protesting fans, Yuk Ji Dam asked them to refrain from saying anything if they don’t know the whole story, and when netizens brought up that she might be drunk because of her nonsensical post, the rapper insisted that she was completely sober.

The Instagram posts in question have since been deleted by Yuk Ji Dam, although one post remains, in which she says, “I’m not the one that needs to respond to this, but the people involved. If you don’t know the story, stop leaving hate comments. I don’t know either. Please show up … no more … pranks … makes me mad. I don’t know what’s what. People’s scars and whatnot, everyone has a story, so leave it alone for now.”

The fan who originally wrote the blog post has also closed her blog, saying that she doesn’t want to cause any trouble for Kang Daniel, and that she has no involvements with Yuk Ji Dam.

With rumors abounding after Yuk Ji Dam’s posts, Kasper wrote a brief explanation of the situation on her Instagram. Below is her full post:

“I debated a lot [about writing this], but because there seem to be so many falsehoods going around, I’m going to say a few words to aid understanding of the situation for Wanna One fans, Kang Daniel’s fans, and for those that have been concerned or angered by Yuk Ji Dam’s Instagram post.

“About two years ago, I invited [Kang] Daniel, who was a trainee at the time, to a party with people I knew (we used to go to the same extracurricular academy in Busan when we were younger). [Yuk] Ji Dam was there, too, and that’s how Ji Dam and Daniel came to know each other. They were around the same age, and everyone was getting along really well that night; afterward, [Yuk Ji Dam and Kang Daniel] met a couple more times with mutual friends, and I heard from both of them later that they were beginning to contact each other with interest.

“Not long afterward, the MMO trainees began to prepare for ‘Produce 101,’ and they became busy with their film and training schedules. To my knowledge, [Daniel and Ji Dam] ended things mutually and on a good note, with it being difficult for them to meet and contact each other since Daniel was focused on training for [‘Produce 101’], a show that he thought would be his last shot. After [Daniel] debuted, even if the two met at the salon, they would just exchange greetings; they didn’t contact each other or have a relationship, nor was that possible.

“I don’t understand why Ji Dam posted the screenshot of the blog post, or why there are so many errors in Ji Dam’s post to the point that it’s difficult to comprehend. However, what I am certain of is that the blog post doesn’t seem to be about [Daniel and Ji Dam’s] relationship at all. I can’t say more because I’m not directly involved, but, as the person that introduced the two to each other, I simply would like to prevent further rumors.”

Kang Daniel’s agency YMC Entertainment has responded to the situation, saying that they will taking legal action against any rumors that are spreading as a result of a past friendship.

Wanna One
Yuk Ji Dam
Kasper
Kang Daniel
How does this article make you feel?