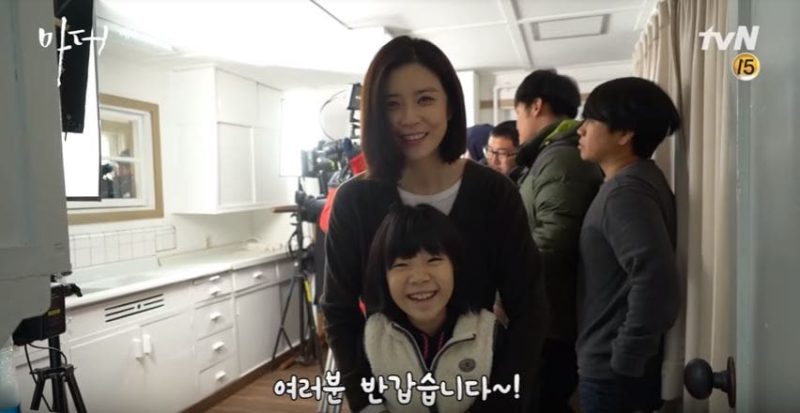 Watch: Lee Bo Young And Heo Yool Are Like Real Mother And Daughter In Making Of “Mother”

tvN’s “Mother” recently released a new behind-the-scenes clip of lead actress Lee Bo Young showering Heo Yool with love as if she really is her daughter.

In the video, Lee Bo Young and Heo Yool are filming a variety of scenes together. Lee Bo Young gives the child actress tips on how to act surprised and even fixes her hair while gazing at her with doting eyes.

While waiting for filming to officially start, Lee Bo Young listens attentively to Heo Yool as the young actress explains what she ate for lunch. When Heo Yool tells Lee Bo Young that she only got to eat a few bites, Lee Bo Young looks concerned, worriedly asking, “Why did you eat only a little bit?” Heo Yool brightly explains, “I ate a lot earlier.” Lee Bo Young asks if she ate bread earlier, and when Heo Yool shakes her head, Lee Bo Young comments, “Why not?” Giggling, Heo Yool said, “I came out after washing my hands, but it was time to film, so I came right away,” and makes Lee Bo Young laughs with her truthful response.

Towards the end of the video, Lee Bo Young plays with Heo Yool by moving her arms around and speaking on her behalf. The older actress says in a soft voice, “Hello, I’m Hye Na. I’m Hye Na who became Yoon Bok. It’s nice to meet you everyone. I’ll do my best.” Heo Yool giggles out of shyness and tries to keep her arms down, but Lee Bo Young softly jokes, “Hold still.” She then forms Heo Yool’s arms into a heart and says, “Please love us a lot. ‘Mother’ is the best.”

Check out the cute video below.

You can also check out the latest episode of “Mother” below!