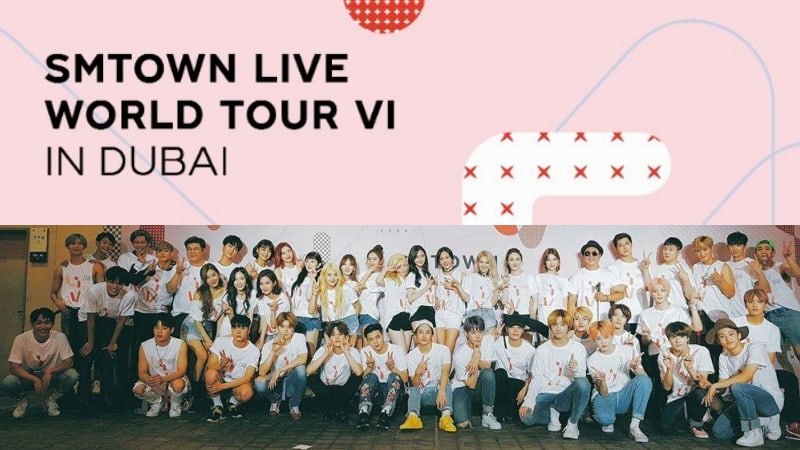 SM Entertainment is set to hold a concert in Dubai!

It is official – SM TOWN LIVE WORLD TOUR VI in Dubai!!!! 10 bands, 1 night only on 6 April @ Autism Rocks Arena. Stay tuned for Pre-sale registration details in the next hour and make sure you follow us on Insta, FB!@weareoneEXO @smtownglobal @117_Live pic.twitter.com/QgJNgYY8he

SM has been holding world tours since 2008, traveling to cities like New York City, Paris, Tokyo, and Beijing. This will be the first time the tour will include a performance in the Middle East.

EXO will be traveling to Dubai for the second time this year through the upcoming concert, as they previously flew to Dubai in January to celebrate their song “Power” being the first K-pop song to be used in the Dubai Fountain Show.

Tickets are not on sale yet, but the organizer is currently taking registrations for the pre-sale.

Are you excited for this concert?

SMTOWN
How does this article make you feel?