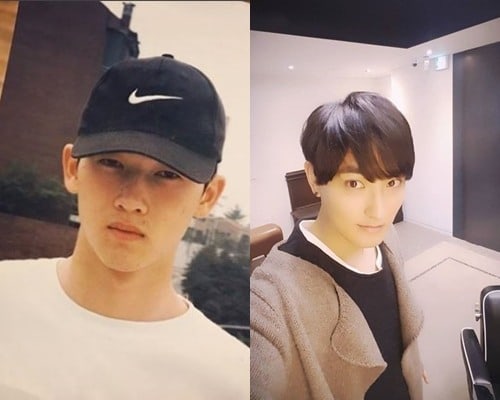 Before their concert, H.O.T. members Jang Woo Hyuk and Kangta uploaded posts expressing their anticipation about their performance as a complete group of five.

For the first time since their disbandment in 2001, H.O.T. reunited and held their long-awaited performance at the Olympic Hall in Seoul on February 15 at 7 p.m. KST.

Prior to their performance on February 15, Jang Woo Hyuk posted an old photo of himself along with the hashtags “1996,” “I’m going to temporarily return to myself back then,” and “I’ve missed all of you.”

A little past midnight KST on the same day, Kangta had uploaded a photo on Instagram along with the words, “Preparations complete!” He included the hashtags, “We’ll do our best as if it’s our first stage 22 years ago,” “See you tomorrow,” and “I love you.”

Their practice sessions and performance will air through an “Infinite Challenge” special, “ToToGa 3: Return of the Kings H.O.T.” The first two episodes will air on February 17 at 10:25 p.m. KST and the remaining episodes on February 24 at 10:40 p.m. KST.