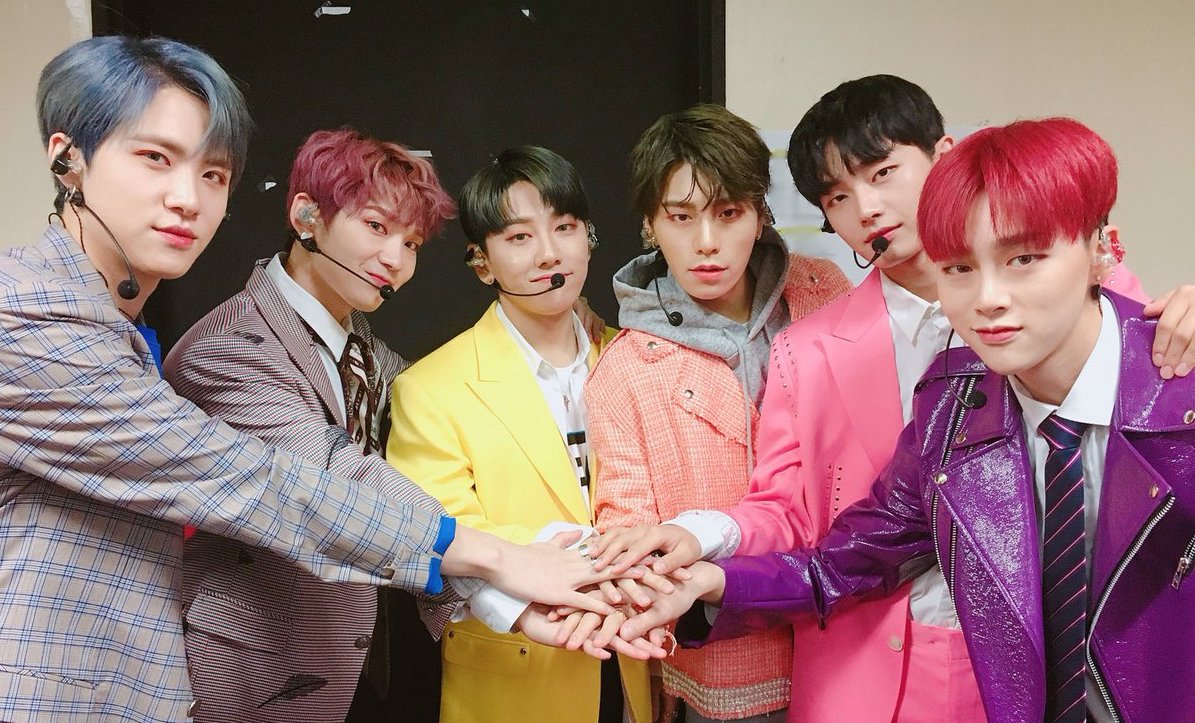 After wrapping up their promotions for their latest track “My Flower,” JBJ recently sat down for an interview where they chatted about their wild ride so far since their debut as a project group last fall.

During their interview with news outlet OSEN, it was pointed out to the guys that around this time last year, they were filming for “Produce 101 Season 2” for the first time. When asked if they predicted back then what they’re experiencing now, Kim Dong Han laughed as he replied, “To be honest, I actually thought the show itself wouldn’t do well.”

Noh Tae Hyun said, “Rather than having predicted how things are now, I thought to myself, ‘I hope that next year at this time I’ll be doing something.'”

Kim Dong Han commented, “It’s amazing, but Tae Hyun actually said that he wanted to be in a group like I.B.I. It came true.” I.B.I is a project girl group of eliminated trainees from the first season of “Produce 101,” similar to JBJ.

Noh Tae Hyun explained, “Everyone does it with the goal of being in the top 11. I was the same. But because I really wanted to be on television or be promoting, I hoped that even if I couldn’t make it into the top 11, I’d have a good opportunity like I.B.I.” 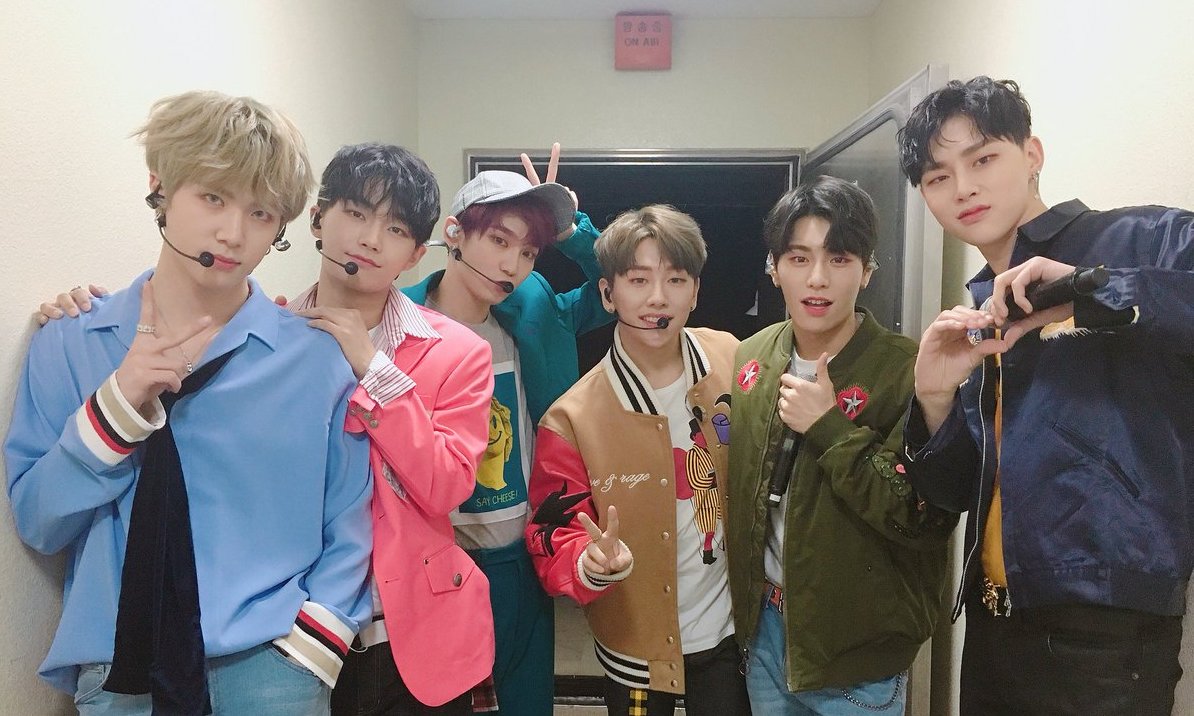 After a successful few months promoting together that have included getting their first win on a music show, a solo concert, and an overseas tour, the guys talked about some of the moments they’ve really enjoyed. Kwon Hyun Bin named the feeling while standing behind the screen before going on stage at their concert, while Kim Dong Han said it was great to be able to get feedback right away from fans when they do music shows.

Takada Kenta said, “I’m happy when I have no time. I even told our manager that I don’t mind if I don’t have a day off.” He explained, “That’s how much I want to be doing this work. It’s tiring but I’m happy.”

When asked about how much sleep they get, Noh Tae Hyun replied, “We just don’t sleep.” Takada Kenta added, “There was once time I went for three days without sleep.”

Kim Dong Han explained, “We’d finish our scheduled activities and then start work again by going to the salon.” Takada Kenta added, “It might sound gross but at that time we couldn’t shower properly either. Still, I’m happy because I’m doing something I want to be doing.”

The group was then asked about how they cried during their solo concert recently. Kwon Hyun Bin protested by saying he didn’t cry, but Noh Tae Hyun said to him, “No, everyone but me cried. You actually cried a lot.” Kwon Hyun Bin conceded as he said with a laugh, “Ah, to be honest I cried while we were singing, but I didn’t cry when we were talking.”

When the interviewer commented that they seemed to be a tearful group, Kim Sang Gyun joked, “My tears were just fan service.” He then admitted, “I was just grateful. I was so thankful to the fans, but when the other members were crying too I naturally started crying myself.”

Kim Dong Han explained that he’d teared up because he thought about his complicated feelings after the “Produce 101 Season 2” finale concerts, when he’d thought it was the end and wondered when he’d be able to stand on stage at the Olympic Hall again. “I was really moved because thanks to Joyful, I was able to be on that stage again faster that I’d expected,” he said. “That’s why I teared up. Yong Guk cried for a similar reason.” 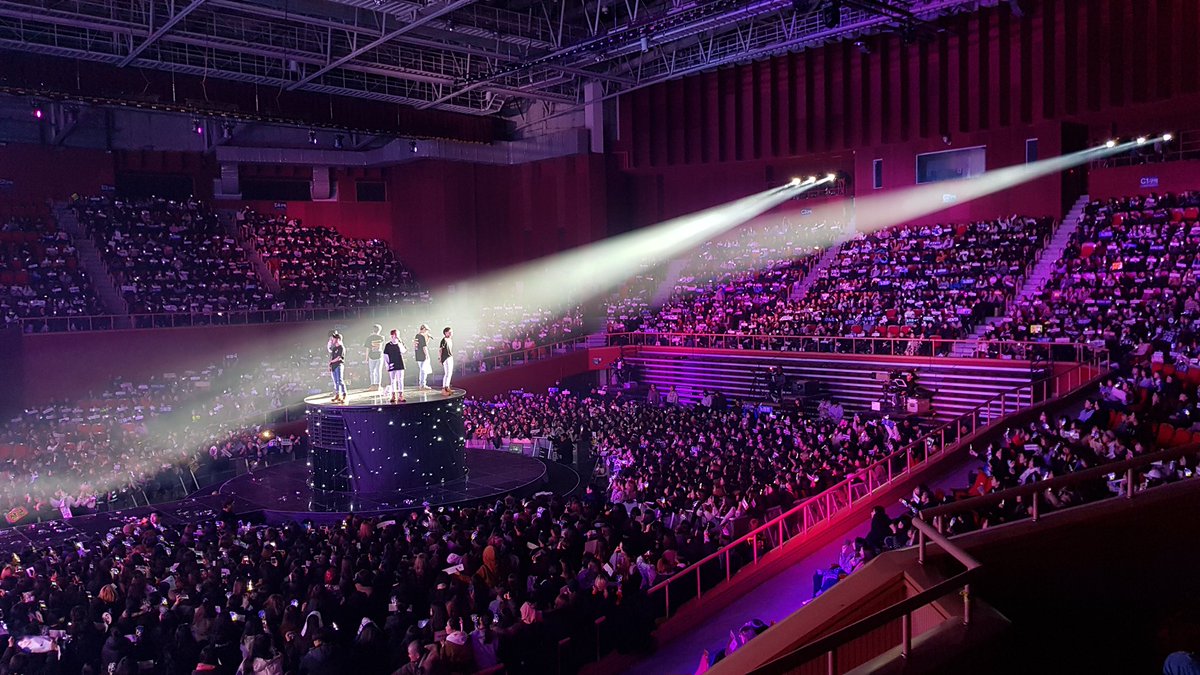 Takada Kenta admitted, “I cry wherever I go.” Kim Dong Han added, “He’s our team’s ‘crying start member.'” Takada Kenta protested, “I’m a foreigner, you know. I can’t see my mom,” but the guys said to him, “We can’t see our moms either!”

“I’m the type to get moved easily,” said Takada Kenta. “The fans had prepared a surprise video, and there was a clip of us coming in first place in it. I thought of my memories of hard times and I cried a lot. I’m weak about that kind of thing.”

Noh Tae Hyun, the only member who hadn’t cried, was asked how he felt when seeing his fellow members cry. Kim Dong Han joked, “Did we look pathetic?”

“It wasn’t like that,” said Noh Tae Hyun. “I thought about what I should do about the atmosphere. When we won first place on a music show, all of the hard things I’ve gone through came at me at once and I cried so much. After crying that one time, I had a good time at the concert. But it seemed like at our concert, the other members were all remembering the thoughts they had at our finale concerts.”

Kim Dong Han pointed out that he had been the opposite. “When we won first place, I was like, ‘Wow! We got first!’ and really enjoyed it, but I cried a lot at the concert,” he said. 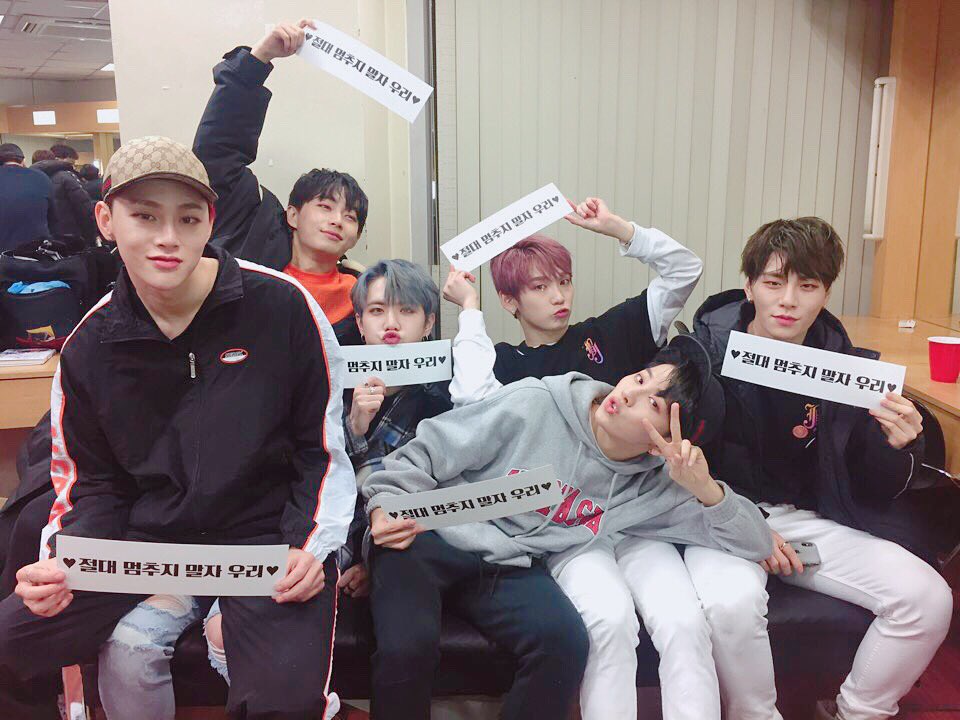 The guys also talked about being a project group and their hopes for a contract extension. Takada Kenta said, “If you ask why I cried at the concert, part of it was because of happiness, but it was also because I thought about our group’s finale. I cry when thinking, ‘How long will I be able to see this beautiful scene, how long will I be able to stand on this stage?'”

Kim Dong Han said, “I don’t think about this kind of thing because when I do, my mind gets all complicated. Would someone think about getting fired while they’re working? I’m trying to enjoy life as it is now.”

When it was pointed out that they are doing well and maybe they shouldn’t need to worry about an end, the guys said once again that they would like to continue as a group. Noh Tae Hyun commented, “As a celebrity, you don’t know what will happen. So if you’re satisfied with your work right now, you hope that the situation will continue. I think all celebrities have this in common. So we’re focusing even more on our current situation, and thinking that it would be good if the group continued.”

Kwon Hyun Bin added, “I hope that our promotions will be extended. Are we being extended? Do you know by any chance?”

JBJ made their debut last October after first being a fan-imagined group that was composed of eliminated trainees from “Produce 101 Season 2” that fans thought would be a great fit together. Although their contracts are only for seven months, their managing agency Loen Entertainment has said discussions are ongoing about renewals.