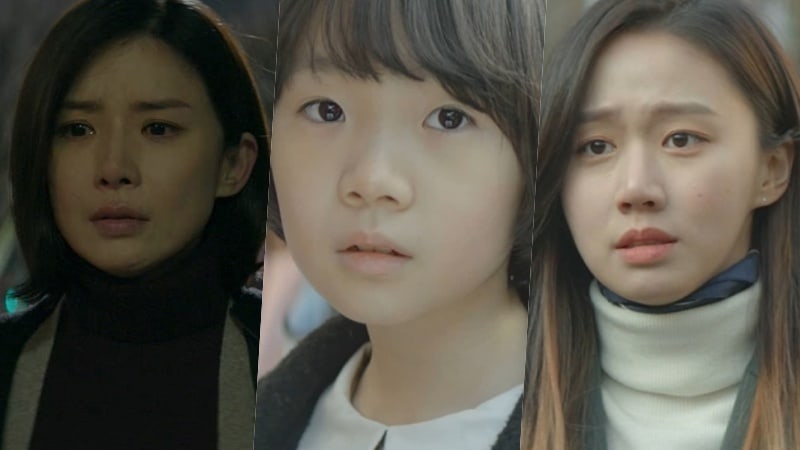 “Mother” Raises The Stakes With Newly Revealed Details And Cliffhanger

tvN’s “Mother” has shaken viewers with a bone-chilling and powerful ending for its latest episode.

Hyun Jin (Go Bo Gyeol) is the first to find out about Soo Jin’s secret, as she is reporting on a child abuse case, and she berates Soo Jin by saying, “This is a kidnapping. You kidnapped her.” She also pointed out that if discovered, this would be the end of Soo Jin’s life, her whole family would be shunned by society, and Young Shin (Lee Hye Young) would be on national news because she’s an actress and public figure.

Revealing that she had interviewed Ja Young, Hyun Jin asks Soo Jin, “Are you sure? Are you sure that you can be a better mother than her?” Soo Jin expressed that she didn’t regret her decision as she said, “Yoon Bok died that day. How can someone be a good mother when they left their child for dead?” Hyun Jin, feeling conflicted about turning her sister in, tells Soo Jin to run far away as soon as possible and not get caught.

Lee Jin (Jun Hye Jin) secretly checks Soo Jin’s family relation certificate as she had always been skeptical, and she finds out that Yoon Bok is not Soo Jin’s daughter. With the risk of her secret being found out by her family continuing to rise, Soo Jin starts making preparations to leave and disappear quicker than she had originally planned. 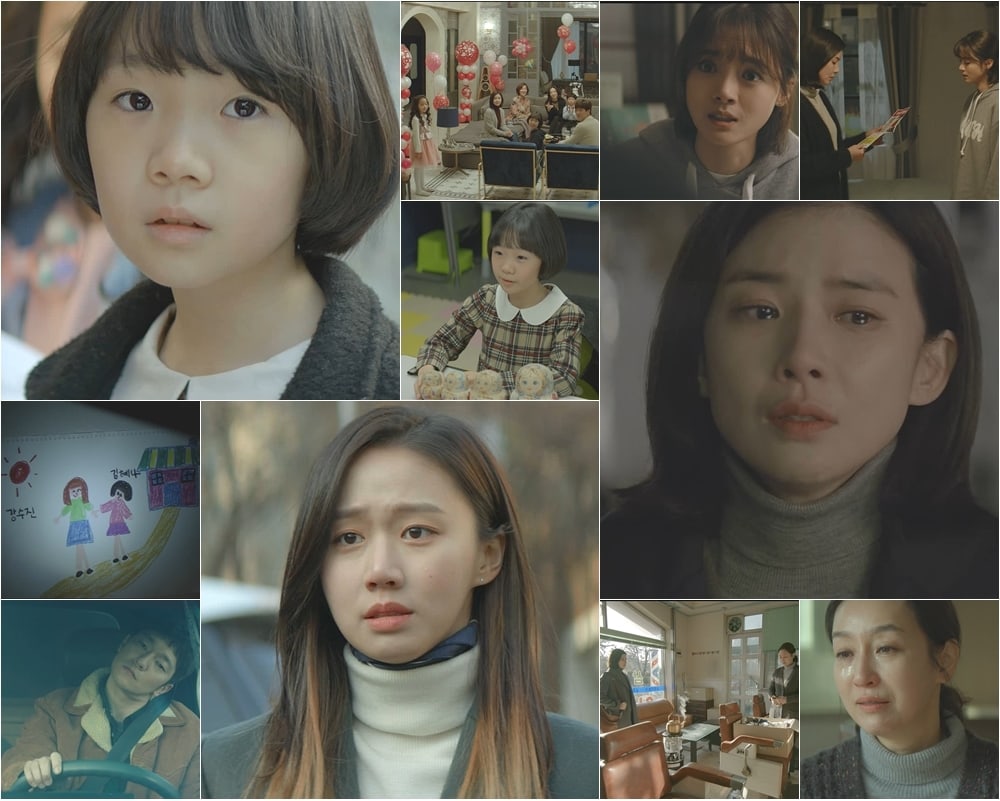 While this is going on, Soo Jin also dives into a USB that contains Hong Hee (Nam Gi Ae)’s past. It is then that she remembers everything, from the image of Hong Hee’s bloodied face and her voice telling Soo Jin to forget her mother. Soo Jin seeks Hong Hee out for the truth, and it is then that everything is revealed.

Having given birth to Soo Jin when she was 19 years old, Hong Hee was struggling to raise her daughter when she begins to live with her boyfriend. However, she is physically abused by him, to the point where he cuts off one of her fingers, and she is driven to killing him. She states, “I didn’t abandon you. I sent you away because I was so ashamed of myself.” Soo Jin listens to Hong Hee’s story and finally finding the answers to her past, she bursts into tears and cries like a child, and the viewers cried along with her.

Meanwhile, Seol Ak and Ja Young are in pursuit of Soo Jin after confirming that she was the one who took Hye Na. Ja Young finds out the location of Young Shin’s house and waits in front of it. When she sees Hye Na, who looks completely different as Yoon Bok, she calls out for her daughter, who responds back in surprise.

The shocking reunion of Ja Young and Yoon Bok has viewers on the edges of their seats as they wait for the next episode. The heightened tension, amazing acting, movie-like cinematography, and tight script has earned “Mother” the title of a “Must-See” drama from viewers and critics alike.

“Mother” airs every Wednesday and Thursday at 9:30 p.m. KST. Check out the latest episode below!

Mother
How does this article make you feel?