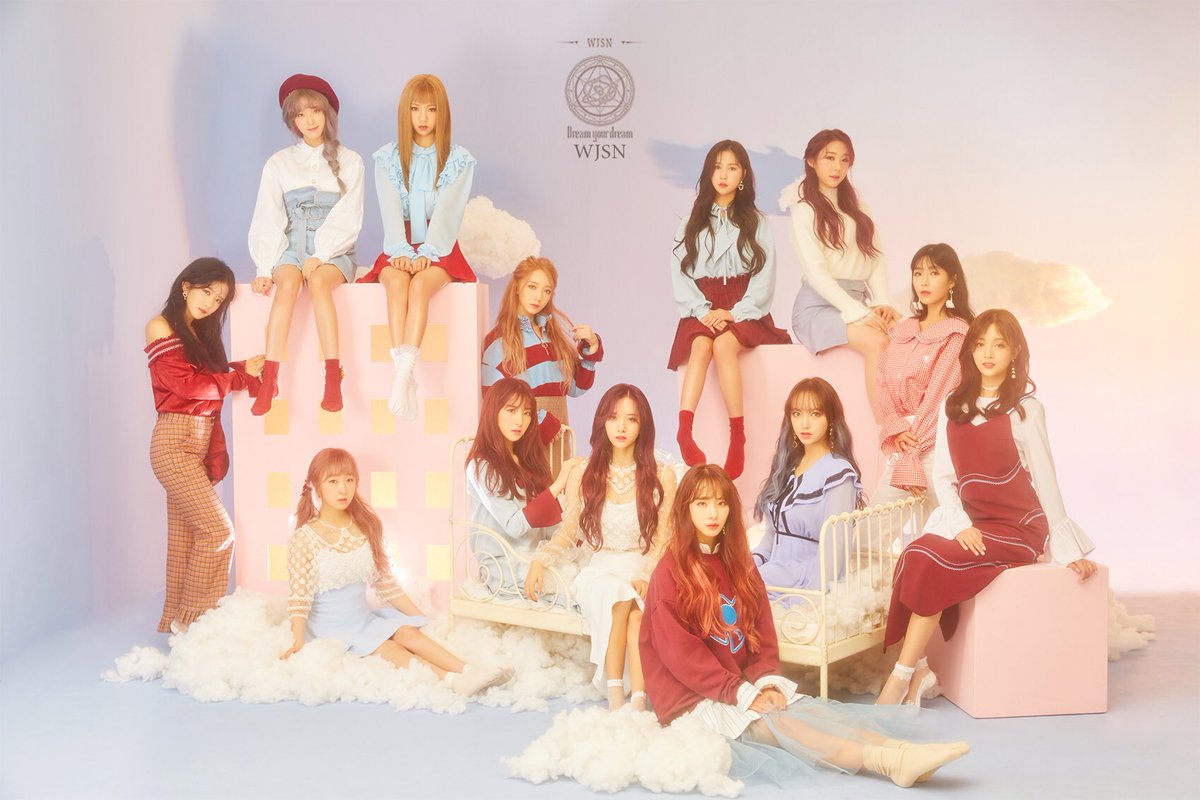 Cosmic Girls shared their hopes for the new year and set getting their first music show win as their goal for 2018 in a Lunar New Year interview.

When asked what they hope to do in the new year, SeolA replied, “I really love singing, and I hope to start composing and writing lyrics this year. I want to write a song for our fans and have them be the first to hear it.” Yoo Yeonjung stated, “I turned 20 this year and am now an adult, and I want to show our fans a side of myself they haven’t seen before. People still think of me as a cute kid, but I hope people will see me in our next comeback and say, ‘Wow, Yeonjung has grown up and is an adult now.’ I hope people keep watching over us and supporting us.”

Bona stated, “There are so many things we haven’t shown people yet, and so many things we want to show them. Our comeback is coming up, so please watch over us,” while Eunseo stated, “I hope we’re able to get our first music show win. And I’d also like to show a variety of charms as an individual as well, whether it’s through acting or other activities.”

Cosmic Girls was also asked what their main goal is for the new year. SeolA stated, “There are so many things that we want to do this year that it’s hard to pick just one. I think we’re all eager to do more things like composing, writing lyrics, acting, and variety shows.” But she emphasized, “Our clearest goal is Cosmic Girls’ first music show win. That’s the gaol that’s most precious and beloved for us.”

Yoo Yeonjung added, “In 2018, I hope we’re able to have our first music show win. I think we’d be happy to just be nominated,” and Bona concluded with, “Our first music show win is the goal that’s most important to us. We want to keep greeting the public with albums, projects, and a wide variety of activities.”

Cosmic Girls is gearing up for a comeback with their fourth mini album “Dream Your Dream” on February 27. Don’t forget to check out the teasers!