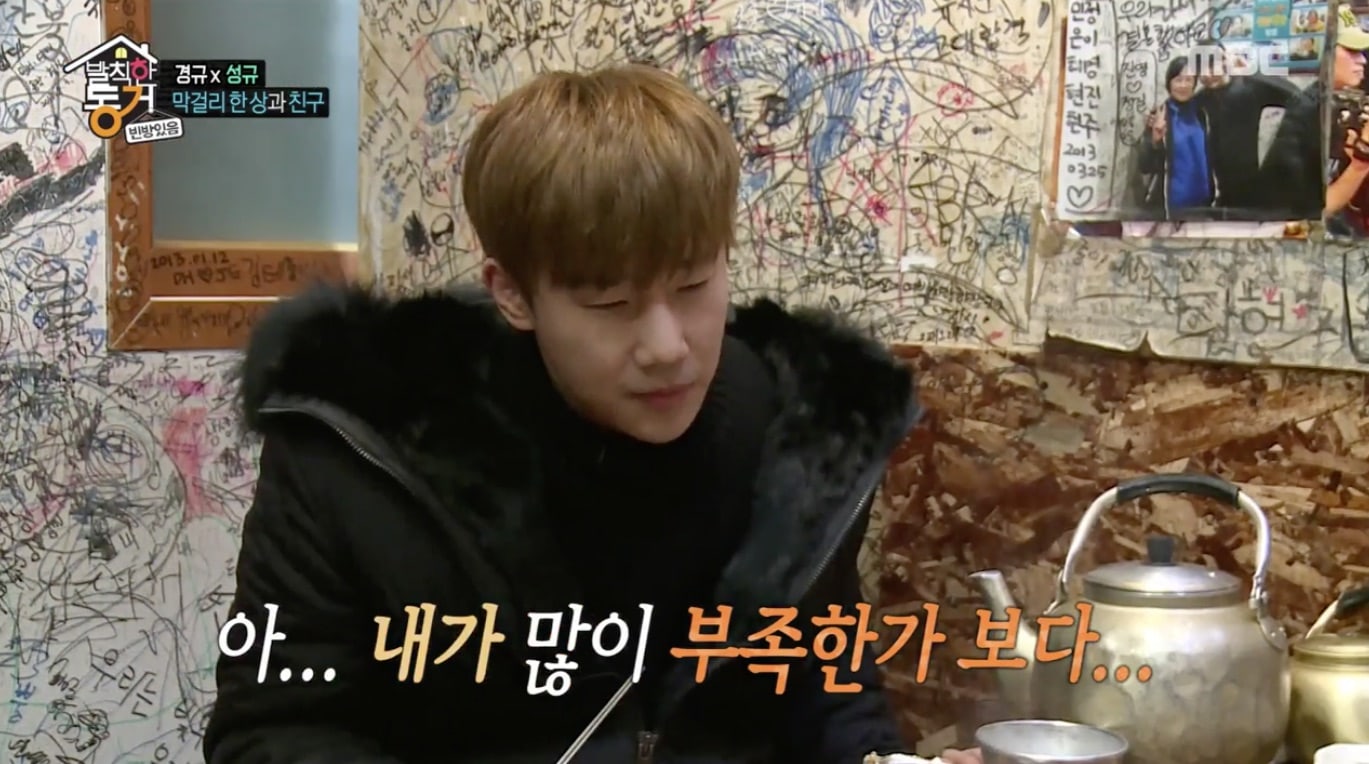 INFINITE’s Sunggyu confessed that he used to blame himself for his group’s initial lack of success.

The idol appeared on MBC’s variety show “Insolent Housemates” and became housemates with Lee Kyung Kyu. On this day, Lee Kyung Kyu was introduced to one of Sunggyu’s closest friends, who provided a deeper insight into who Sunggyu was. 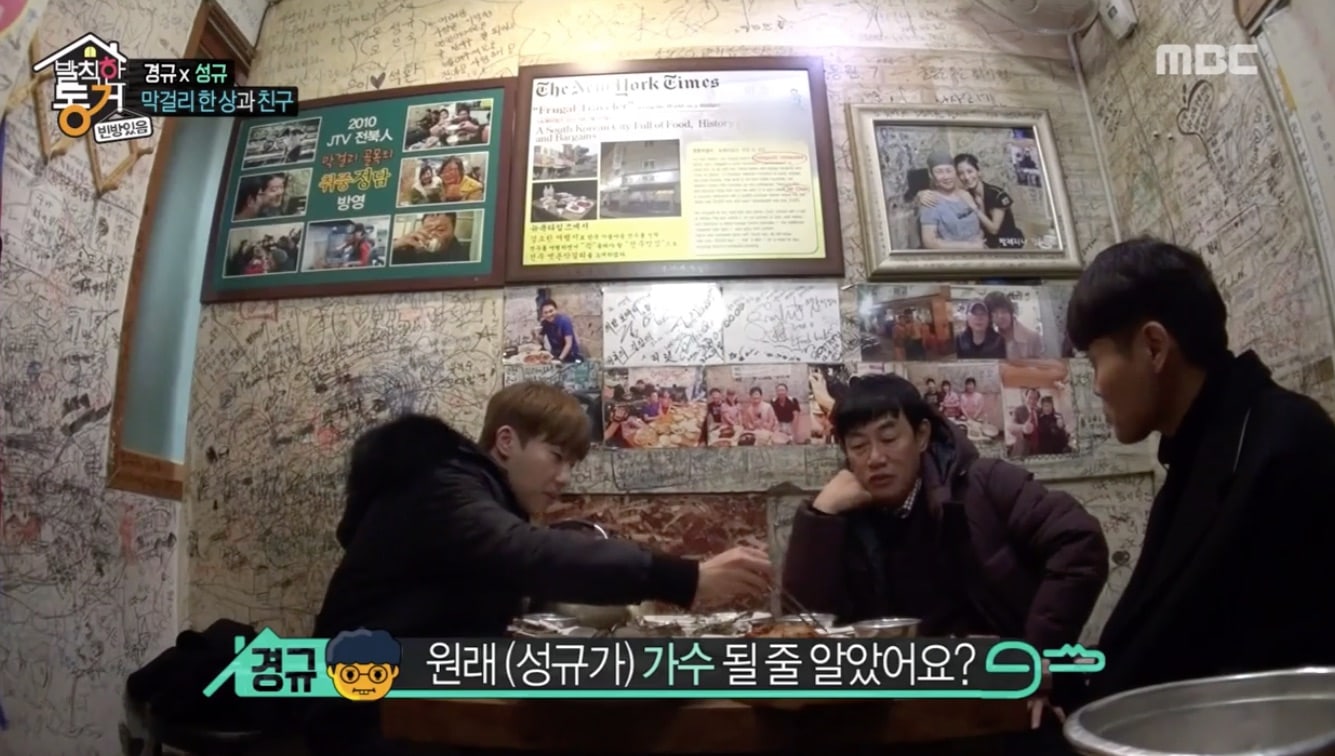 Lee Kyung Kyu asked Sunggyu’s friend, “Did you always know he would be a singer?” to which the friend replied, “I knew he would do something related to music, but to be honest, I never guessed that he would become a singer. But I went with him to his auditions to show my support for him.”

When asked if he knew Sunggyu would succeed as a singer, his friend said, “He struggled initially when he made his debut and he had a lot of concerns, so we used to talk a lot. But he’s done so well since then..” Lee Kyung Kyu asked him to give an example of what Sunggyu used to say when times were tough, and he replied, “He used to blame himself a lot, saying that it must be because he’s lacking. And he would go and rehearse even more.” 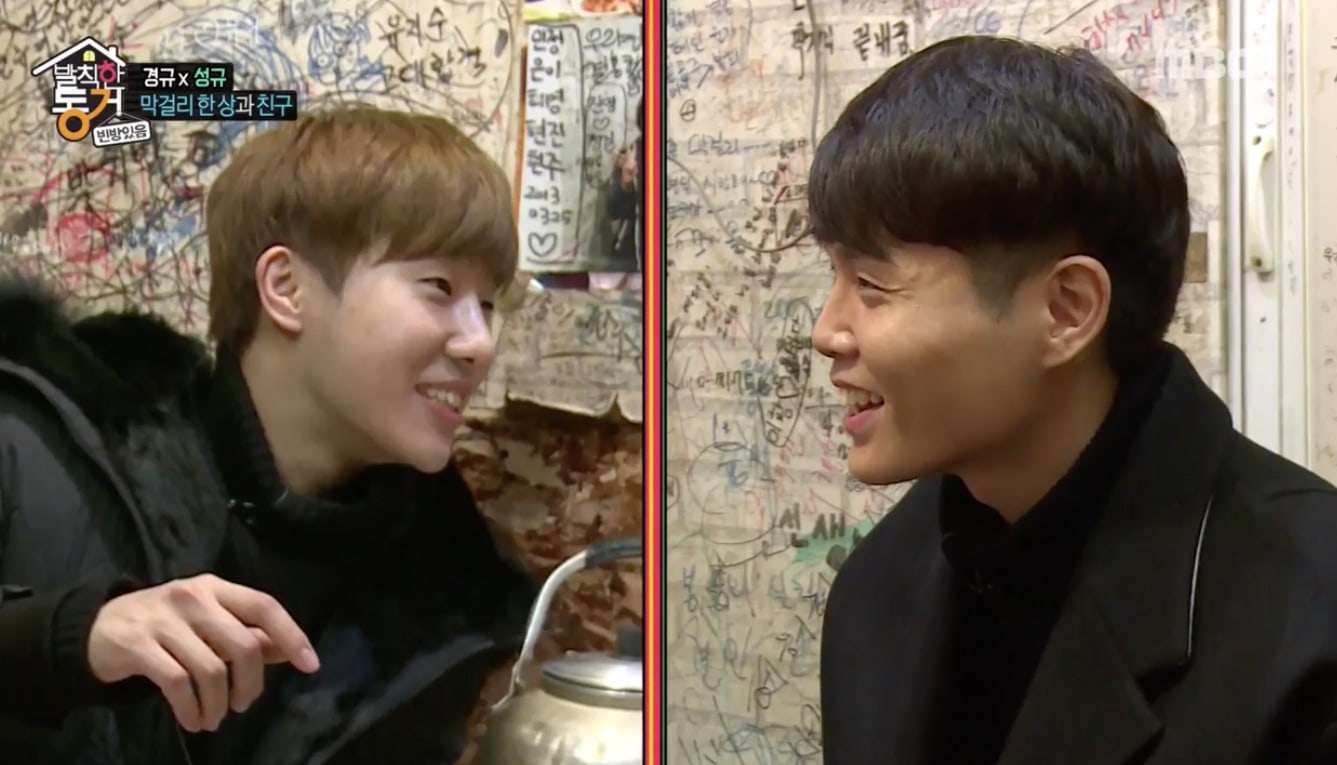 Sunggyu added on by saying, “INFINITE’s first and second album didn’t do as well as we hoped. We didn’t hit it big until ‘Be Mine,’ and until then, it was hard to earn money. I used to blame myself a lot, I thought it was because I had made a mistake or I had done something wrong.”

His friend came to his defense as he added, “There were so many times when he thought everything was his fault, even when that wasn’t the case.”