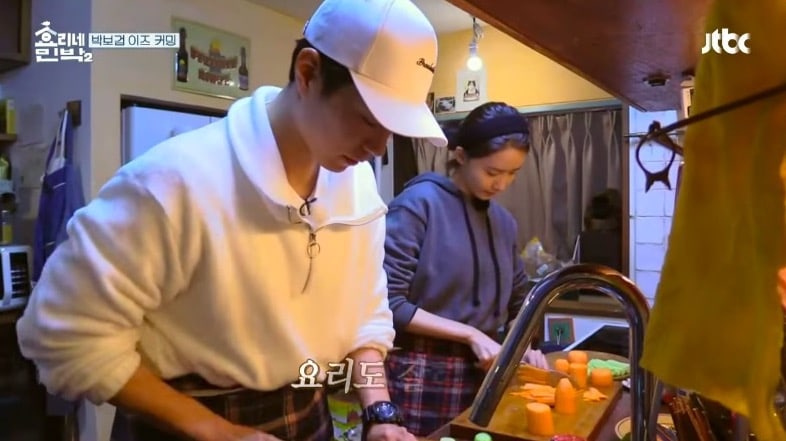 The production staff of “Hyori’s Homestay 2” has talked about even more fun things to come in the show as Park Bo Gum temporarily joins the cast.

While Girls’ Generation’s YoonA has been working as an employee at Lee Hyori and Lee Sang Soon’s Jeju Island homestay in this new season of the reality show, Park Bo Gum was seen taking on his role as a part-time worker in the preview for the next episode.

In a recent interview with Star News, “Hyori’s Homestay 2” producing directors Jung Hyo Min and Ma Gun Young talked about what viewers will be able to enjoy with YoonA and Park Bo Gum both on the show.

“Park Bo Gum came as a part-time worker at the homestay, and YoonA was there as an employee, so you’ll be able to see the friendship between them,” they said.

When asked if there seemed to be any romantic feelings between the pair, they pointed out that their show doesn’t deal with that kind of topic. They said, “The two were in perfect sync with each other in terms of their work at the homestay. As they are a senior employee and a part-time worker, YoonA had come first and was doing well at the work, and Park Bo Gum worked hard too so they were in perfect sync.”