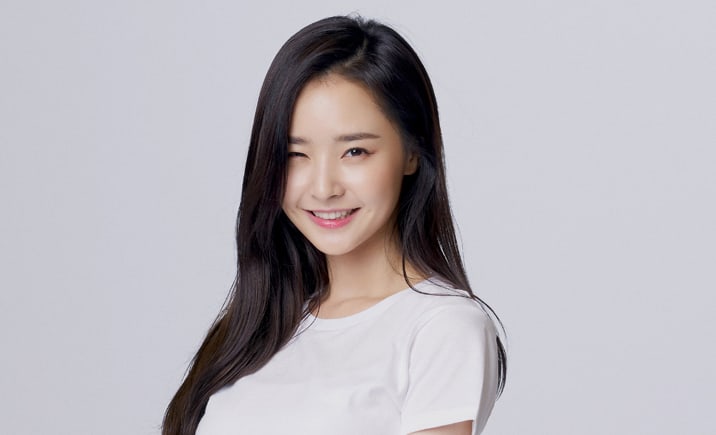 In a recent interview, Dal Shabet’s Woohee shared her experiences on “The Unit” and reassured fans that the group is still together.

Four-member girl group Dal Shabet debuted in 2011 with “Supa Dupa Diva” and released many loved songs, such as “Bling Bling,” “Hit U,” and “Joker.” In December of 2017, Serri, Ah Young, and Subin left Happyface Entertainment, and Woohee, who joined the group one year after the three of them, is currently the only member left at the agency.

Despite that fact, Woohee said, “The members are in different agencies, but Dal Shabet hasn’t disbanded. Sometimes, we fight and swear, but we never break up. We have a good relationship like we’re really sisters. We’re going to come out with a new song to make it up to our supportive fans. We’re making a lot of effort in our respective positions to reunite as Dal Shabet. For the time being, all of our members are going to do their best in their responsibilities.”

Then she added, “It’s unfortunate that we’re not able to do group activities right now. We don’t even want to use the expression that we’re being foolish because all of us haven’t given up yet. Aren’t our senior idols like H.O.T and SECHSKIES showing us examples? We will definitely show a good side of us to the fans.”

During the interview, Woohee also talked about appearing in the idol rebooting show “The Unit.” She said, “At first, I hesitated about appearing on ‘The Unit.’ I was in a complex situation because of the problem with Dal Shabet’s contract. More than anything, we weren’t a group that wasn’t popular, so I felt that if I went on the show, then our group would appear as if it was doomed. I thought it would be fortunate if I did well, but I was afraid that I wouldn’t do well. I was very worried because if my appearance in the ‘The Unit’ ended up with nothing, then I would’ve ruined Dal Shabet’s end.”

Woohee revealed that the reason she was able to make up her mind to go on “The Unit” was because of Matilda’s Haena, who also appeared on the show. Woohee shared, “Haena was also hesitating about appearing on ‘The Unit.’ I told her the situation I was in, and she told me to think about what I wanted to do and to only think about the desire to sing and stand on stage.”

Woohee, who was known for crying a lot during “The Unit,” talked about why she burst into tears at the compliment given by Urban Zakapa’s Jo Hyun Ah. She shared that it was during the time when the other Dal Shabet members had gone to different agencies. She said, “I felt as if I was southbound. Even the fans said we were ‘effectively disbanded,’ and I became upset and depressed that I wouldn’t be able to see my fans anymore.”

During those hard times of low self-confidence, the ones who gave her courage were Laboum’s ZN and Euna Kim who were on the same team as her. Woohee said, “The two of them kept joking with me because I was depressed. Thanks to that, at one point, I realized that I shouldn’t feel this way. I thought it was arrogant of me to feel burdened. If I had come on this show, I shouldn’t have felt burdened. I thought I had a long way to go, and I was able to pull myself together. I could feel Jo Hyun Ah realizing how I felt and comforting me. I was very grateful.”

When asked how she will remember “The Unit,” she said, “I received many things from ‘The Unit.’ I met friends who are walking on the same path as me and became enlightened. I think the memory of being 28 years old will remain as a unforgettable chapter in my life. I’m very grateful to my supporters, mentors, and colleagues, and because of them, I was happy.”

Woohee came in seventh place in “The Unit” finale and will soon be debuting with the nine-member final project girl group.

Dal Shabet
Woohee
The Unit
How does this article make you feel?