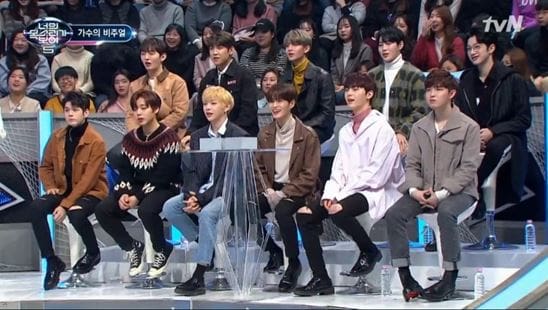 Watch: Wanna One Takes On The Challenge Of Finding The Real Singers On “I Can See Your Voice”

Wanna One appeared on the February 16 episode of “I Can See Your Voice Season 5” to play the show’s game of trying to figure out which performers were “tone-deaf” and which ones are skilled singers.

First off, the group talked about how they’re huge fans of the show. They showed their determination to find the good singer as they said, “We’re going to go until the end because we’re good at sensing things.”

Wanna One, who looked at the outfits of the participants, picked their first “tone-deaf” contestant through a vote. The one they chose was a participant called “Son of Embassy Staff.” Kang Daniel argued, “His physique looks like that of a marathon runner,” saying that the participant was tone-deaf. However, he ended up being a skilled singer.

All kinds of participants appeared after that, including one who knows how to do beatboxing and another one performed to Wanna One’s “Energetic.” After checking all the performances, Wanna One chose “Ho Chi Minh IU” and “Magician’s Beautiful Assistant & Beatbox Champion” as tone-deaf singers.

At the end, Wanna One chose two brothers as the skilled singers, and all of them sang “Beautiful” together. The older brother was a good singer, thrilling the guys, but then his younger brother began to sing, showing that he was “tone-deaf,” making them burst out laughing at their failure.

All in all, Wanna One failed their mission, but seemed to have a great time on the show! 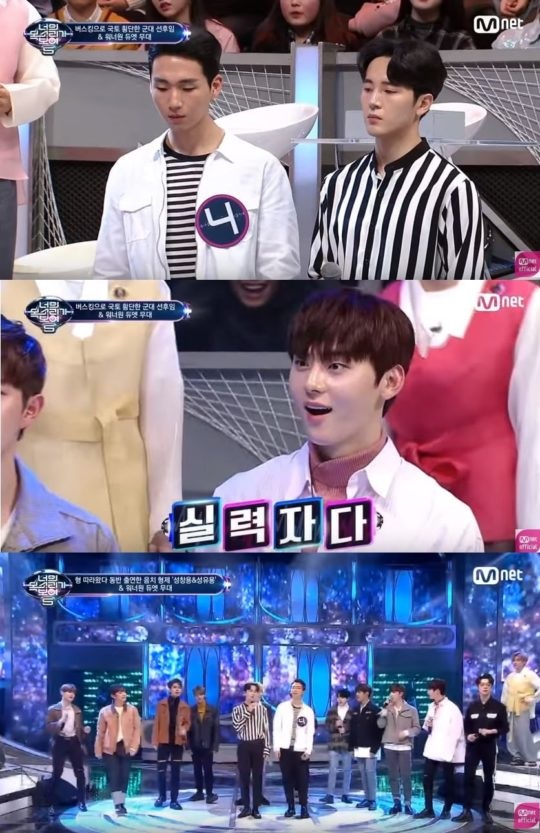 Check out the guys sing “Beautiful” and find out the identity of the final contestants below!

Wanna One
I Can See Your Voice
How does this article make you feel?