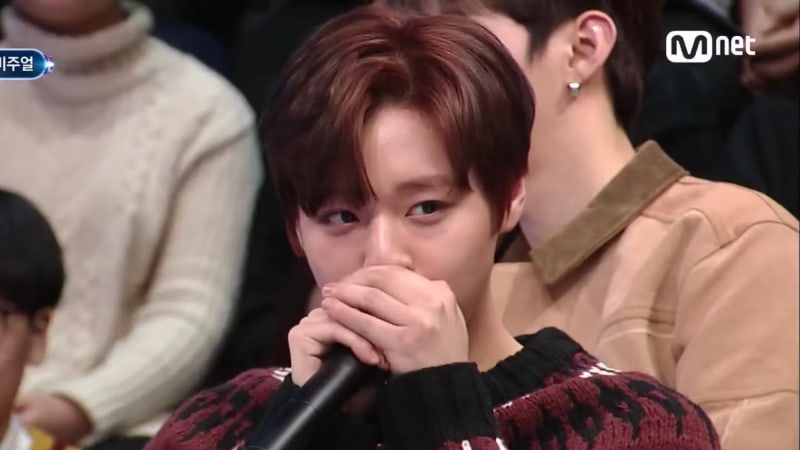 Wanna One appeared on the February 16 broadcast of Mnet’s “I Can See Your Voice.”

During the episode, the Wanna One members tried to figure out which contestants were tone-deaf and which were talented vocalists. While looking at the contestants, Park Ji Hoon said to Kang Daniel, “I think No. 5 is someone I know.”

The No. 5 co-ed duo was described as either a beautiful magician’s assistant and a beatboxing champion or a waxing shop owner and her beatboxing regular customer. Park Ji Hoon raised his hand to take a guess and said, “I like beatboxing, so…” before the MCs interjected and asked him to beatbox.

Park Ji Hoon shyly stood up and said, “I’m not very good, but I will try my best. Before I start, I’m a fan, and I know his nickname. I watch many beatboxing videos, and I was impressed. It’s an honor.” The Wanna One member then began to beatbox and had the celebrity panelists and audience members nodding along to the beat.

After his performance, the MCs held up the mic and joked, “We are selling the mic that has Ji Hoon’s saliva on it.” 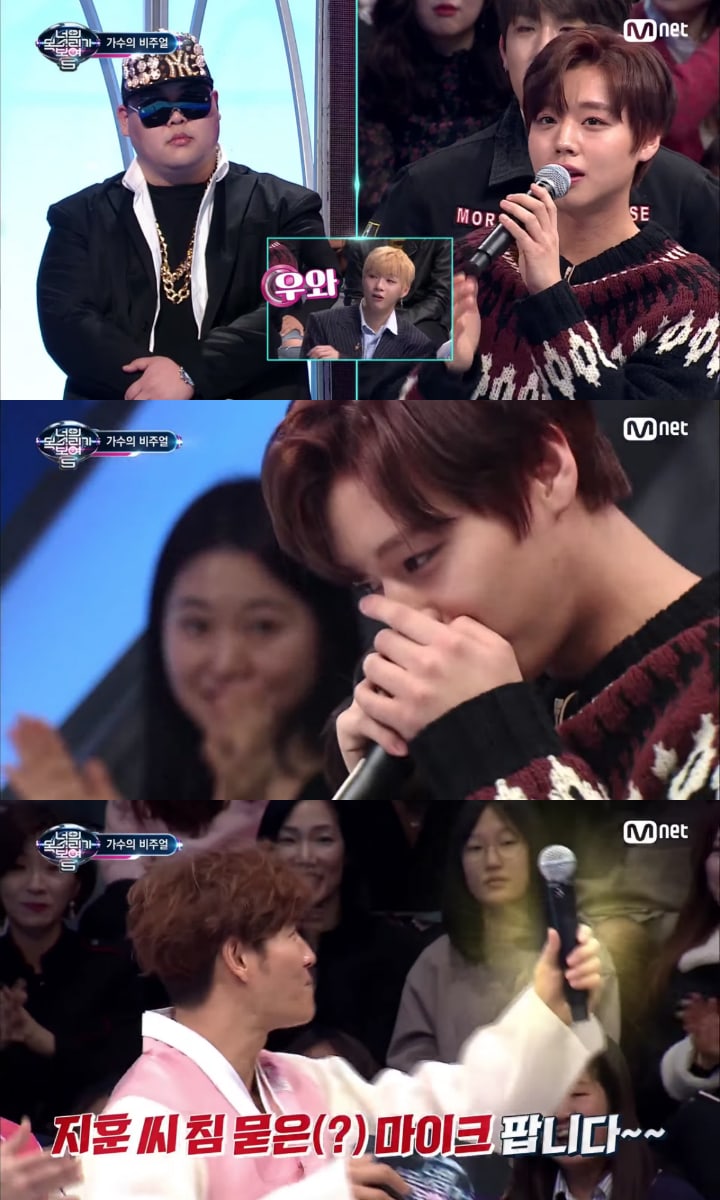 Wanna One
I Can See Your Voice
Park Ji Hoon
How does this article make you feel?