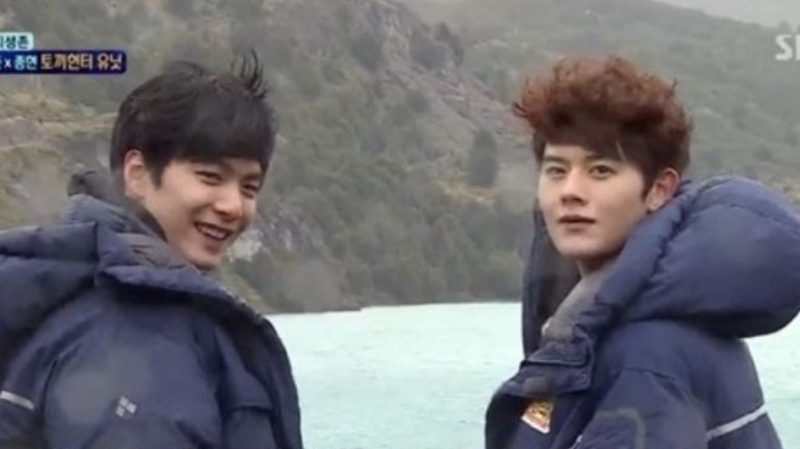 After 70 hours of starvation, the cast of SBS’s “Law of the Jungle” finally got to enjoy a plentiful feast.

During the February 16 episode, Kim Byung Man, NU’EST’s JR, Kim Dong Jun, and MONSTA X’s Minhyuk headed to a rabbit burrow in an attempt to secure food for the cast. After predicting the rabbits’ movements, they set six traps and returned to their base camp.

After 70 hours without any food, the cast struggled with their hunger pangs. Kim Seung Soo commented, “Because we haven’t eaten anything, whenever I move even the slightest bit, I get short of breath. Have you guys ever starved for this long? No, it isn’t possible that you would have.” DIA’s Jung Chaeyeon also fell ill after not eating, and she was eventually forced to take a temporary leave from the show in order to recover. 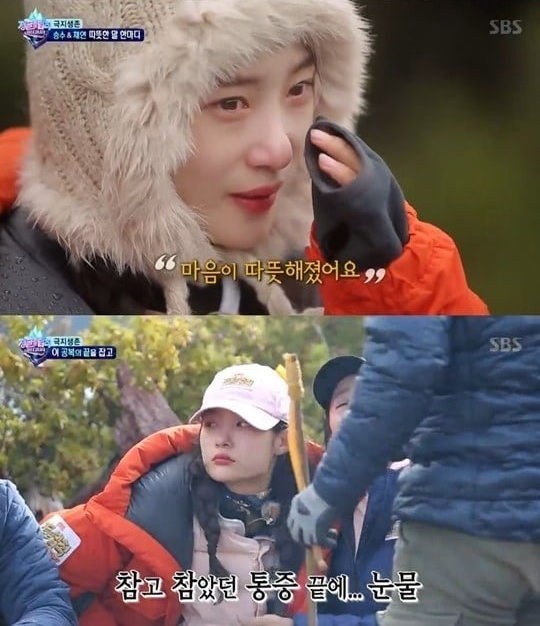 After seeing the cast going through such difficulties, Kim Byung Man became determined to catch something and set out to fish at a nearby frozen lake. He discovered some small fish there and happily stated, “After walking around a lot, I saw a lot [of fish]. I think I’ll be able to catch a few.”

He eventually managed to catch some fish before returning to camp, where the other cast members were touched by his perseverance. 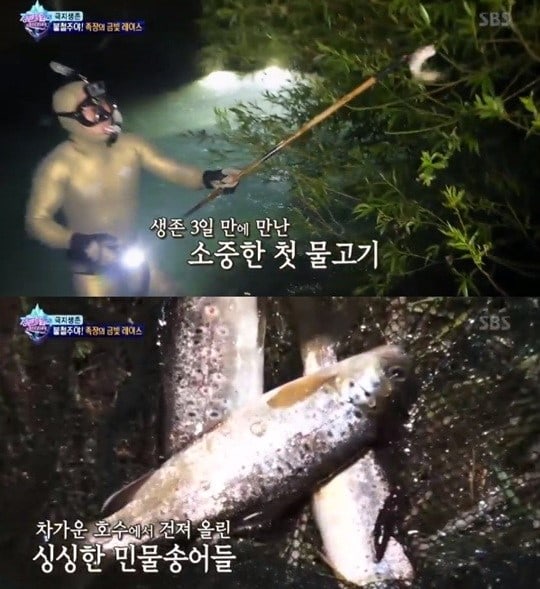 JR, Kim Dong Jun, Minhyuk, and Hong Jin Young then went to check on the rabbit traps. Although there were no rabbits, the four were extremely pleased to find a turkey caught in one of the traps.

With the turkey and the fish caught by Kim Byung Man, the cast members were able to enjoy their first meal in a long time. 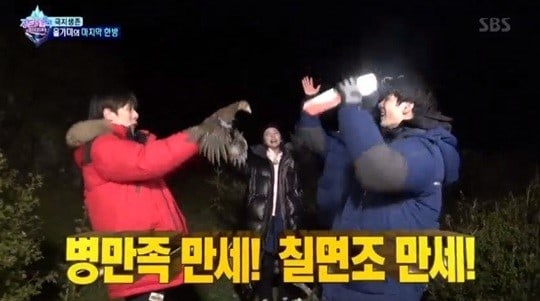 Watch the latest episode of “Law of the Jungle” below!