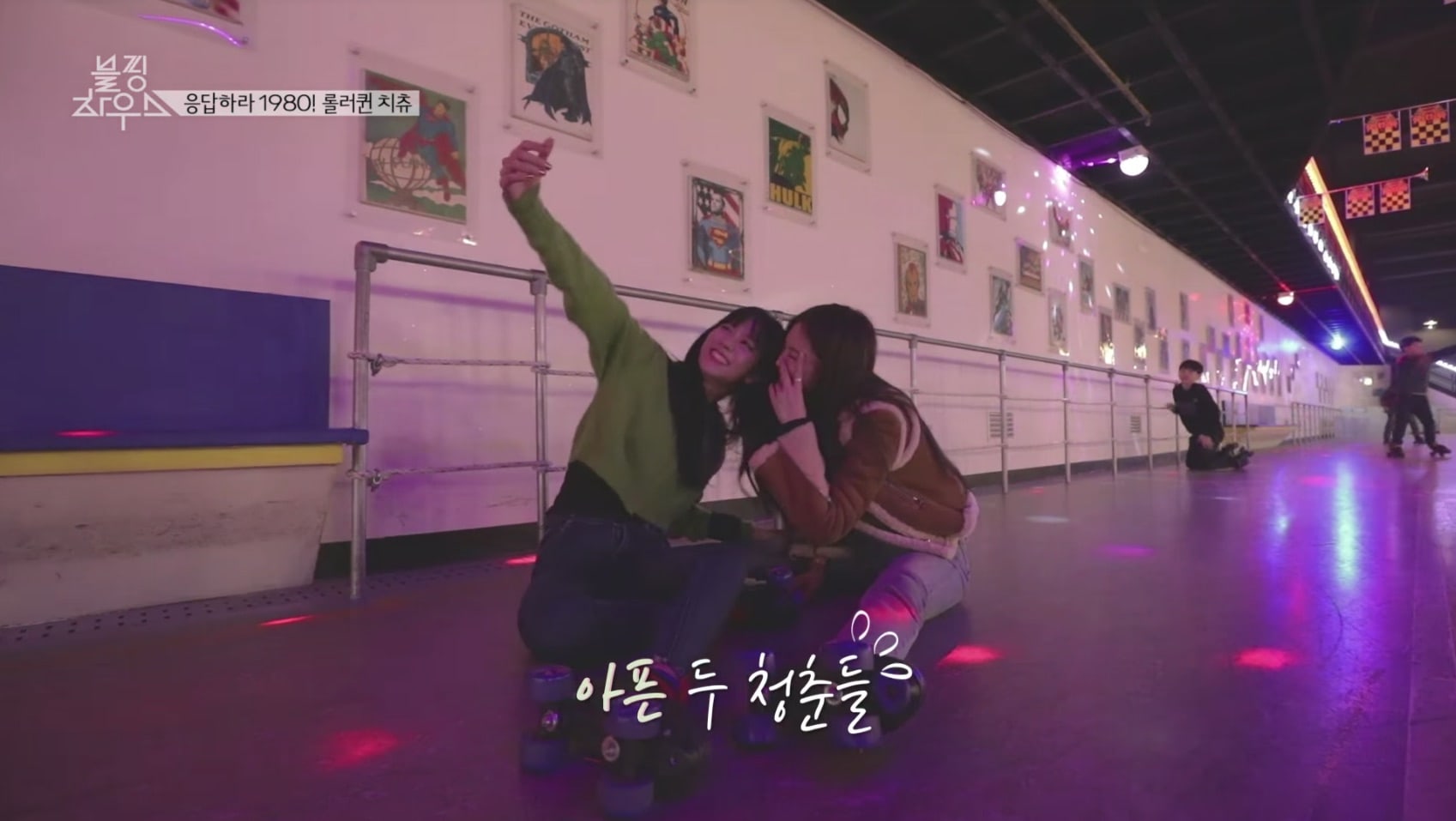 “BOOMBAYAH” is a great backdrop to having fun, and BLACKPINK knows it!

On Episode 7 of “BLACKPINK House,” released on February 17, Jennie and Jisoo headed to the roller skating rink while Lisa and Rosé went to the trampoline gym.

The girls had a lot of fun fooling around, with Jisoo and Jennie struggling to balance on roller skates and laughing as they fell and when they were lapped by little kids. At one point, they wondered how they had ever filmed the original roller skating scene in the official “BOOMBAYAH” music video.

Lisa and Rosé enjoyed the exercise but soon exhausted their strength when they had to keep fighting for balance on the trampolines. Lisa in particular struggled because of her long legs and danced a bit to “BOOMBAYAH” on her trampoline to try and impress the instructor.

Back at the roller skate rink, Jennie took over as camera director and filmed Jisoo for their self-produced music video.

You can watch their hijinks below!