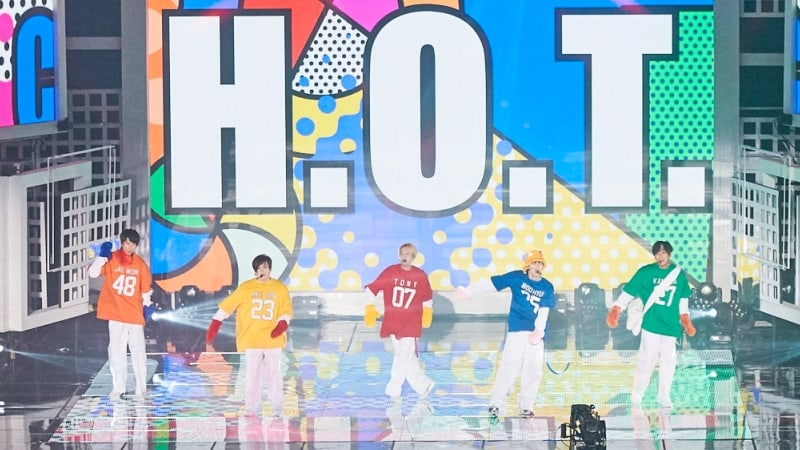 H.O.T. Members Reveal Their Thoughts About Reunion On “Infinite Challenge”

On February 17, MBC’s “Infinite Challenge” aired the first part of its H.O.T. special, which showed how the group members and the program’s staff had prepared for the highly anticipated reunion performance.

Producing director (PD) Kim Tae Ho first met with Yoo Jae Suk and HaHa to tell them about the plans for an H.O.T. special. Yoo Jae Suk responded in surprise, “Didn’t they say that wouldn’t be possible?”

Kim Tae Ho then showed them a clip of H.O.T. during the group’s heyday, revealing that the location for their meeting was the place where H.O.T. had debuted 22 years ago.

Ever since “Infinite Challenge” began its “ToToGa” series, H.O.T. has been the show’s most sought-after guest, but the staff has had difficulty persuading the members to reunite. 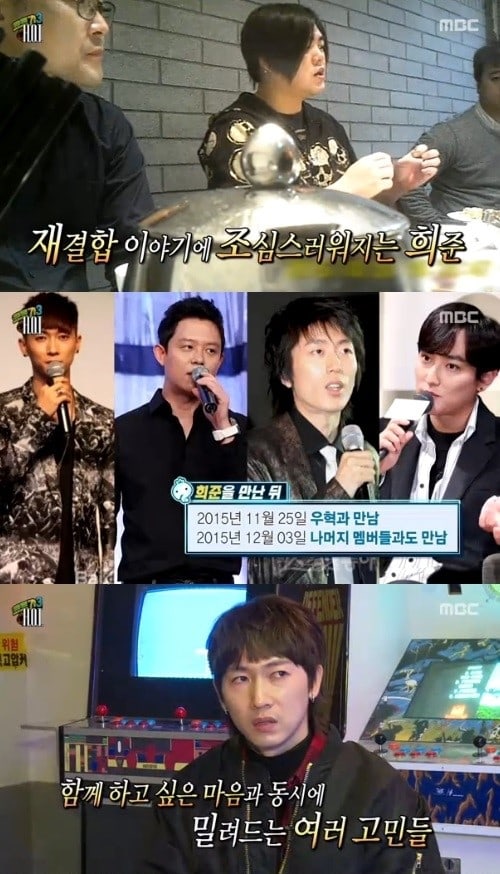 At their final concert on February 27, 2001, the H.O.T. members promised their fans that they wouldn’t disband. However, they were unable to work out misunderstandings within the group and disbanded later that year. Moon Hee Jun and Kangta went on to promote solo music careers, while Jang Woo Hyuk, Tony Ahn, and Lee Jae Won formed the group JTL.

During his meeting with the “Infinite Challenge” staff, Jang Woo Hyuk said, “Up until I came here, I was thinking that we should do it, but I still have a lot of concerns. I’m still going back and forth. I also wonder if I have been making it into too big of a deal and worrying about it for too long.”

In contrast, Tony Ahn showed his determination to make a reunion happen. He said, “If I had to choose one final goal for my life, it would be for the five of us to stand on stage together just once, no matter what stage, under any circumstance.” Moon Hee Jun was also in favor of the idea and said, “Just once, I want the five of us to be on stage together. I really want it.”

Lee Jae Won had a hard time coming to a decision. He said, “We promoted as H.O.T. for five years, and it’s been 16 years since we disbanded. Almost three times the length [of our promotions] has passed, so I think we may have different thoughts on this and that.”

Kangta said, “When our team gathers to talk, we may have different opinions, but we don’t fight. So there are times when we can’t come to a consensus.” 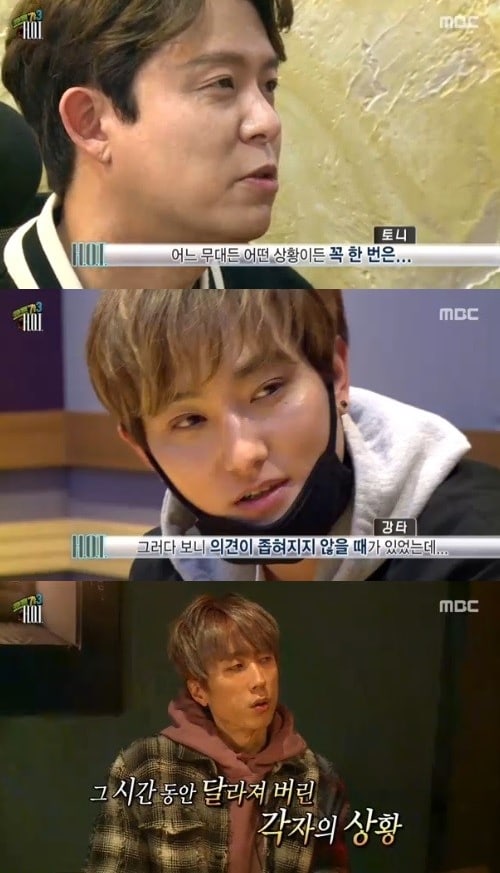 Despite all of their concerns, the H.O.T. members decided to come together for a reunion performance for one reason: their fans. Jang Woo Hyuk said, “The fans are exhausted from waiting, and I wonder if they’ll be able to wait much longer. This may be our last chance.”

The “Infinite Challenge” staff told the members, “Don’t talk to anyone else about it, and think only about your fans and your own opinions. If you have the will to reunite, please come to the location of your debut tomorrow.”

After airing the first part on February 17, “Infinite Challenge” will air the second installment of its H.O.T. special on February 24 at 10:40 p.m. KST. Check out the photos from their performance here!

You can also watch H.O.T. on the latest episode of “Infinite Challenge” below: