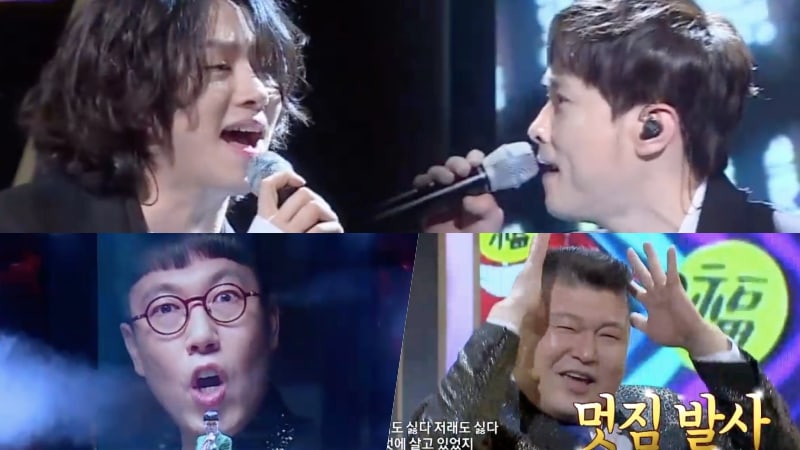 The cast members of JTBC’s “Ask Us Anything” put their music and performance skills to the test on the show’s February 17 episode.

Shindong, Min Kyung Hoon, and Kim Heechul teamed up to shoot an action-packed music video using stuntmen. Although the two teammates cracked up at each other’s acting, they stunned everyone with their performance of the new track “Aftereffects” (literal title).

Meanwhile, Song Eun Yi and Kim Young Chul worked together on the music video for “Can’t We.” The video featured cameos by many celebrities, including singers Wheesung and Uhm Jung Hwa. MOMOLAND guest-starred as Kim Young Chul’s back-up dancers, while Seo Jang Hoon appeared in four different outfits and even dressed up as a woman.

The music video ended with a bang thanks to the help of a children’s Taekwondo group. 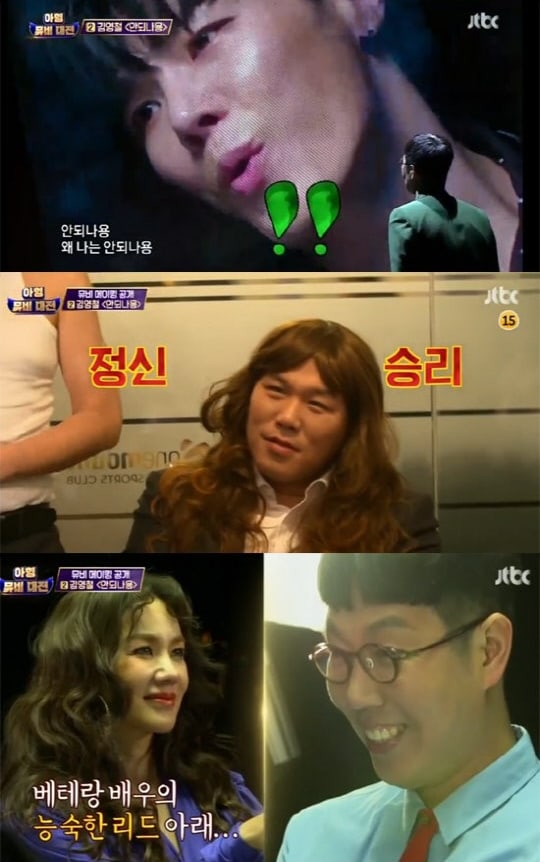 Yoo Se Yoon directed Kang Ho Dong’s music video for “I Kicked My Luck” (literal title) and emphasized the key point of the song by showing Kang Ho Dong getting kicked in the face. Hong Jin Young, who wrote the song, appeared in the video alongside Jo Hye Ryun and Lee Soo Geun.

All three teams wowed everyone with their well-prepared, high-quality performances during the show. The winner was chosen through an online vote by viewers, and Min Kyung Hoon and Kim Heechul won with over 60 percent of the votes.

At the end of the episode, the full music video for Min Kyung Hoon and Kim Heechul’s “Aftereffects” was revealed. Shindong, the winning team’s video director, said, “I definitely knew that our team would win. You must’ve been curious about the remaining music videos. Please watch the other teams’ music videos as well.” 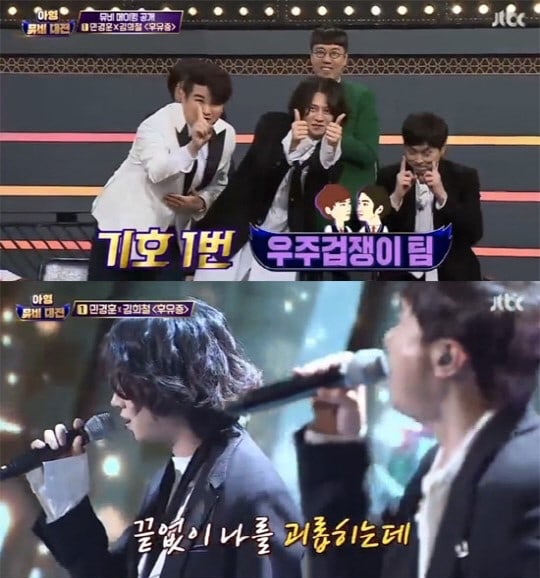 Check out the three music videos and the teams’ performances below!