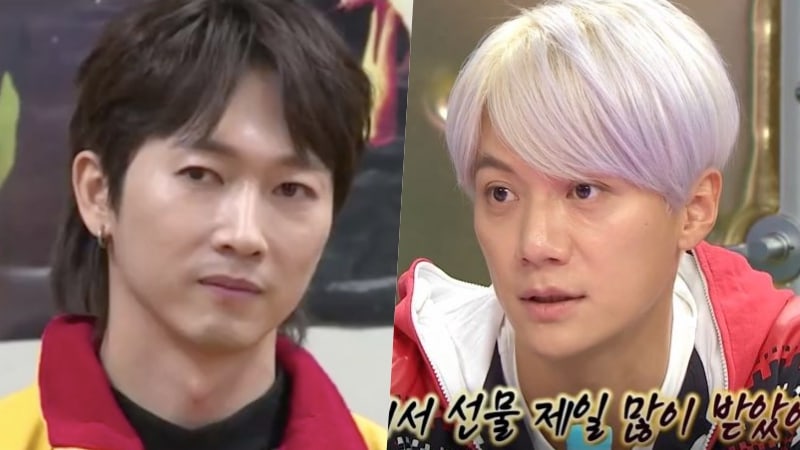 H.O.T.’s Jang Woo Hyuk has responded to the suggestion of a dance battle between him and SECHSKIES’s Lee Jae Jin!

On the February 17 episode of MBC’s “Infinite Challenge,” H.O.T. reunited for the show’s “ToToGa 3: Return of the Kings H.O.T.” special. Yoo Jae Suk mentioned that during SECHSKIES’s own appearance on “ToToGa 2” in 2016, Lee Jae Jin had brought up the group’s longstanding rivalry with H.O.T.

Yoo Jae Suk said to Jang Woo Hyuk, “I don’t know if you saw the broadcast, but [Lee Jae Jin] talked about overthrowing H.O.T. and said that if H.O.T. ended up reuniting, he’d want to face off against Jang Woo Hyuk in a dance battle.”

Jang Woo Hyuk confirmed that he’d seen the episode, in which Lee Jae Jin had declared that, if given a week to prepare, he’d be able to beat the H.O.T. member in a dance-off. Both singers were famous for their dancing skills during their careers with their respective groups.

“I saw it,” he replied jokingly, “but right now, there’s a pretty significant difference in our skill level. I don’t know if I really need to… I think it’d hurt my pride [to engage in a battle with someone so far beneath my skill level].”

Everyone cracked up at Jang Woo Hyuk’s savage response, with Kangta laughing in surprise, “Are you going to be okay [after saying that]?”

Would you want to see a dance battle between Jang Woo Hyuk and Lee Jae Jin? Leave your thoughts below!

You can watch the full episode of “Infinite Challenge” here: