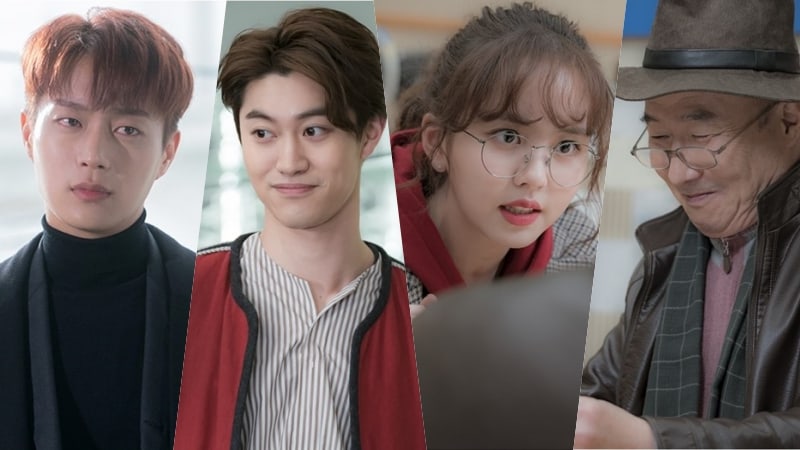 Highlight’s Yoon Doojoon and Kim So Hyun are impressing with their romance and chemistry as top star and DJ Ji Soo Ho and radio scriptwriter Song Geu Rim on KBS’s “Radio Romance.” However, there are two other pairs within the drama that are standing out with their unique chemistry.

Next to top star Ji Soo Ho is his number one fan Jason (played by Kwak Dong Yeon). Although their personalities are opposite as Ji Soo Ho is lonely and has a prickly personality, while Jason is a bright and refreshing character, Jason continues to follow Ji Soo Ho.

With his eye-catching outfits, he innocently tosses statements out there such as, “I’m Ji Soo Ho’s manager,” or “We actually have a secretive relationship.” However, he is actually Ji Soo Ho’s classmate as well as his personal psychiatrist. As Ji Soo Ho suffers from depression and insomnia, Jason promises to help him and sticks to him like glue. With their contrasting personalities, they show off a bromance like no other.

Song Geu Rim is a radio scriptwriter who wants to fill the world with warm stories from the radio, and her love for radio started with Moon Sung Woo (played by Yoon Joo Sang), a veteran DJ who has worked in radio for 30 years.

After listening to the radio with her blind mother, Song Geu Rim became a fan of the DJ, and continued to be one as she began working at the radio station. As a mentor, he tells her that even if she isn’t good at writing, it’s her sincere heart that counts. He said, “For radio, the most important thing isn’t strategy but sincerity.” The two have a warm chemistry, where Song Geu Rim learns and relies on Sung Woo in difficult times.