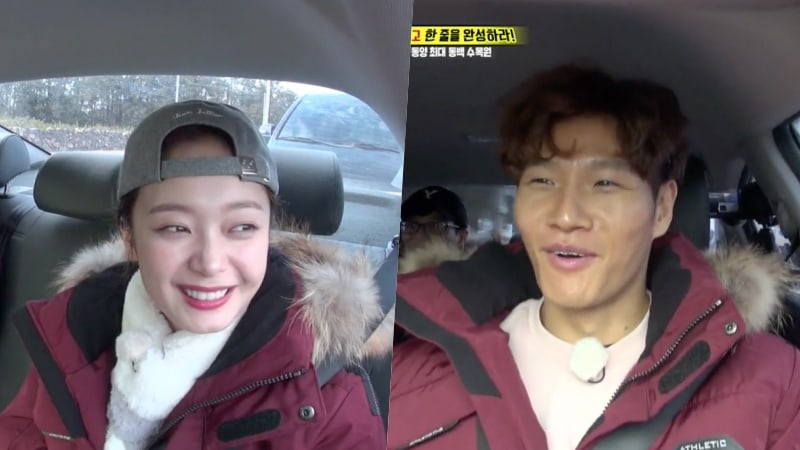 Jun So Min and Kim Jong Kook made some confessions about their past loves in the latest episode of SBS’s “Running Man”!

The latest episode of “Running Man” that aired on February 18 followed the cast as they headed to Jeju Island. In the car on the way to their next destination, Kim Jong Kook asks Jun So Min whether she’s been to the island before. She replies, “I lived here for about a year when I was young. My father used to work here.”

He asks if she’s ever visited the island with an ex-boyfriend before, to which she replies that she had, with her voice full of mixed emotions. Kim Jong Kook follows up with, “Did you visit just the two of you or..?” to which Jun So Min honestly replies, “Yes, just the two of us.” 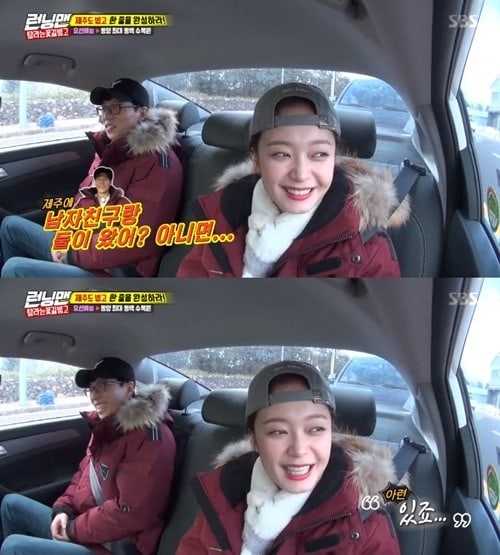 As if to repay Jun So Min for her honesty, Kim Jong Kook confesses, “The girl I’ve loved most in my life actually got married.” But before he could continue his story, Yoo Jae Suk dumped cold water all over the conversation by quickly interjecting, “Oh, that’s good to hear. I think things worked out for the best for her.” 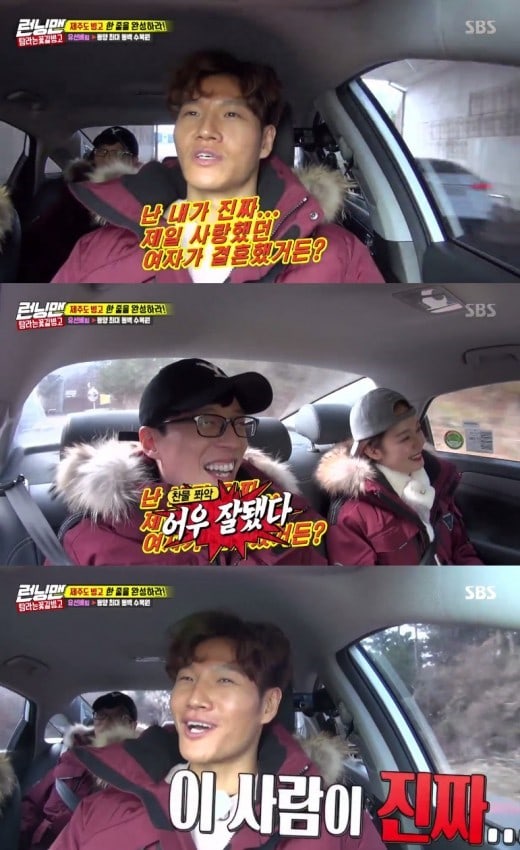 Catch up with the latest available episode of “Running Man” below!

Yoo Jae Suk
jun so min
Running Man
How does this article make you feel?