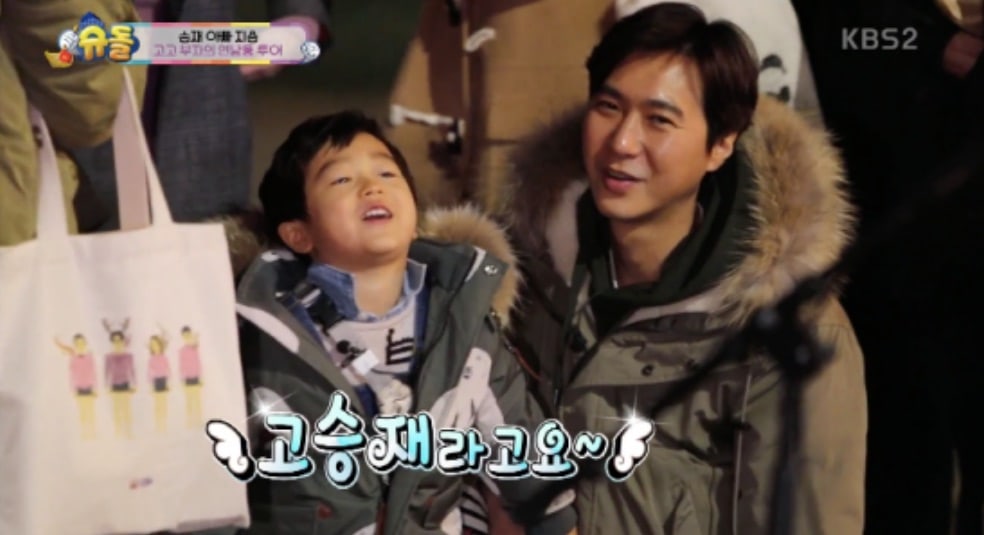 On the February 18 episode of KBS’s “The Return of Superman,” Go Ji Yong and his son Seungjae went on a tour of Yeonnam-dong.

The neighborhood has grown to be one of Seoul’s hot spots after a number of young artists and designers began setting up shop there. Go Ji Yong said, “It’s a trendy place where a lot of young people go. I’ve heard there are really good restaurants there so I wanted to check it out with Seungjae.”

While walking around the neighborhood, Go Ji Yong and Seungjae stopped to watch a busking performance. The singer, recognizing the two of them, asked Seungjae if he knew any of his father’s songs from his days in SECHSKIES.

Seungjae said he did but Go Ji Yong laughed and said, “You don’t know my songs.” However, Seungjae was able to sing some of the words to “Couple” and hum along with the busker, impressing and moving his father. 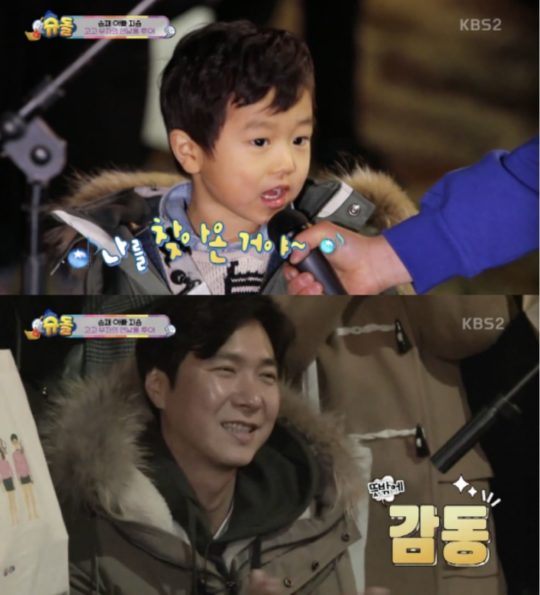 “Couple” was originally released in 1998 and is one of SECHSKIES’s biggest hits. The band re-released it in 2016 after they decided to reunite, though Go Ji Yong chose not to return as he had by that time made a career for himself outside of the entertainment industry.

You can watch “The Return of Superman” on Viki below: