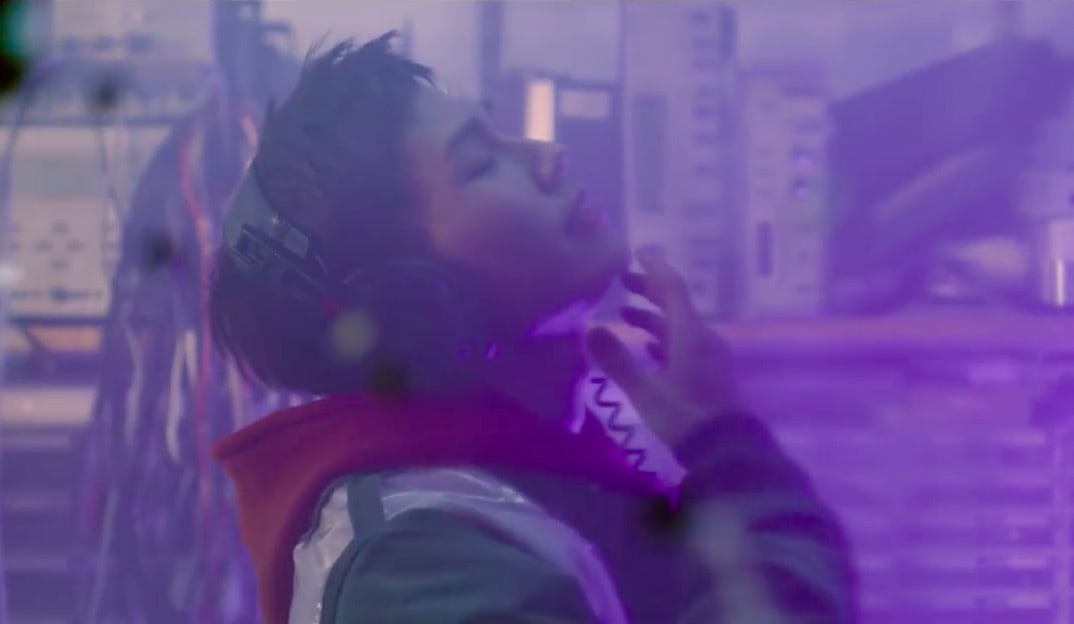 BTOB’s Ilhoon has released an MV teaser for “She’s Gone,” the title track off his solo mini album “Big Wave”!

Get a preview of the MV below.

BTOB’s Ilhoon has given us a sneak peek into his first solo mini album!

The latest teaser from “Big Wave” features a quick audio snippet of all five songs on the album, including a remastered version of “Piece of BTOB” project song “Fancy Shoes” and title track “She’s Gone.”

“Big Wave” is slated to be released on March 8 at 6 p.m. KST. Check out the preview below!

BTOB’s Ilhoon has released another teaser for his first solo mini album!

In the video clip, the idol frantically explains he will be introducing his album in six seconds, and says, “The first track “Let’s Talk” [literal translation] is a very sweet song,” before time runs out. The rest of the video gives a behind-the-scenes look at what appears to be Ilhoon shooting his jacket photos, before it cuts out again to more NG clips of him trying to introduce his album.

The list shows that Ilhoon will be releasing five new songs for his solo debut, including collaborations with PENTAGON’s Jinho and fellow BTOB member Hyunsik. The mini album “Big Wave” will be released on March 8 at 6 p.m. KST. 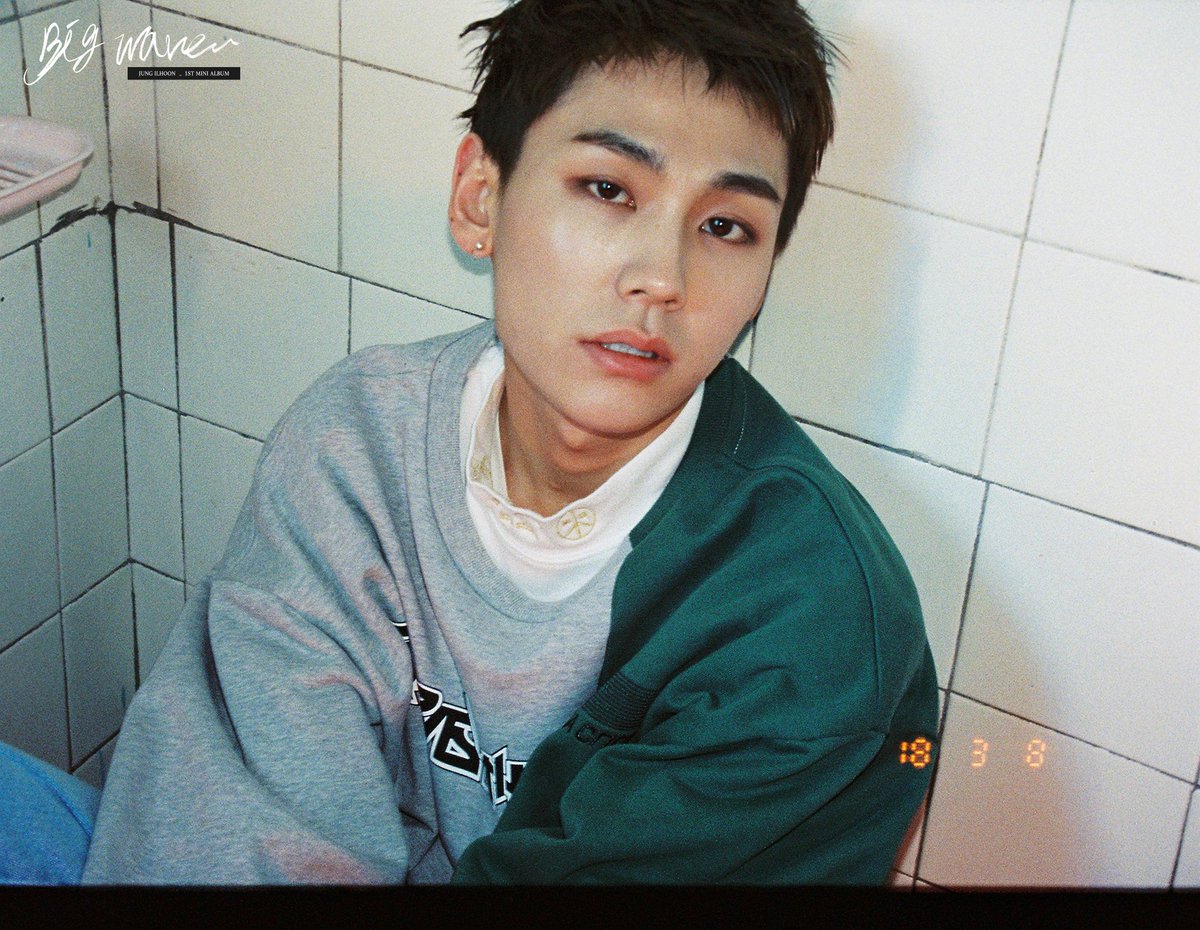 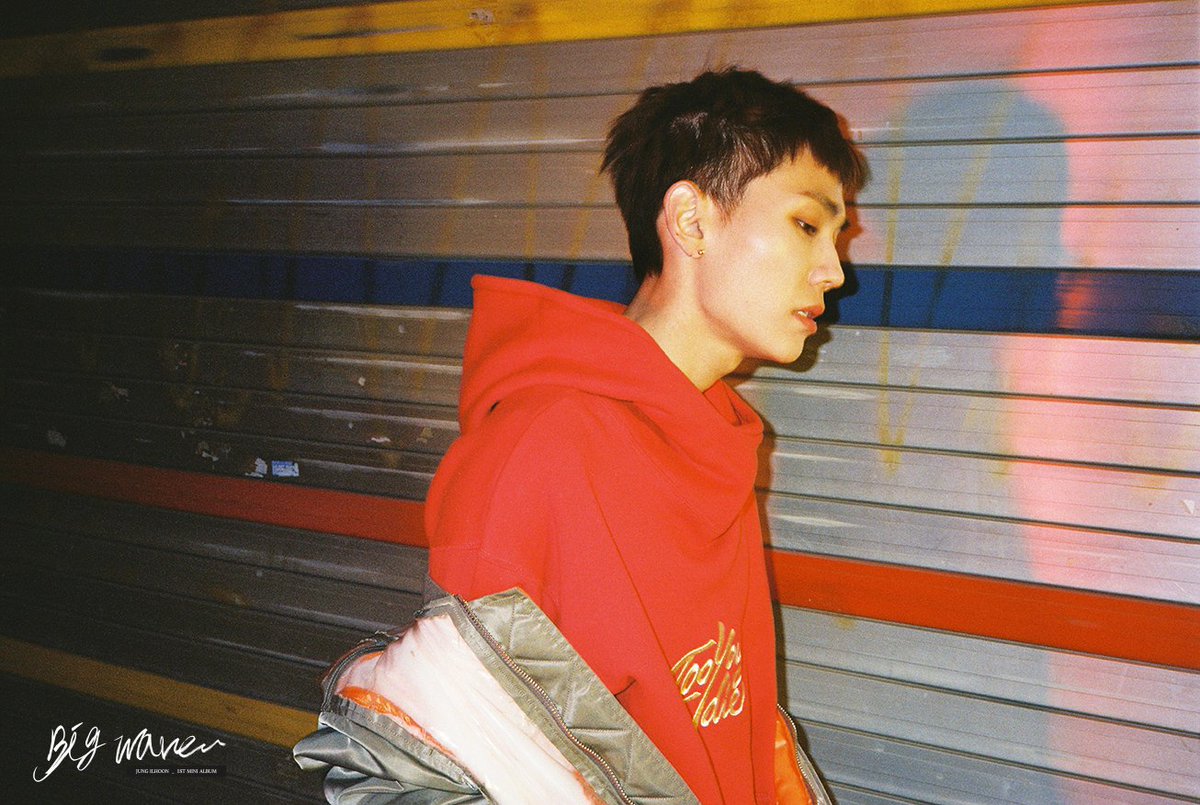 Ilhoon has shared the first concept images for his solo debut! 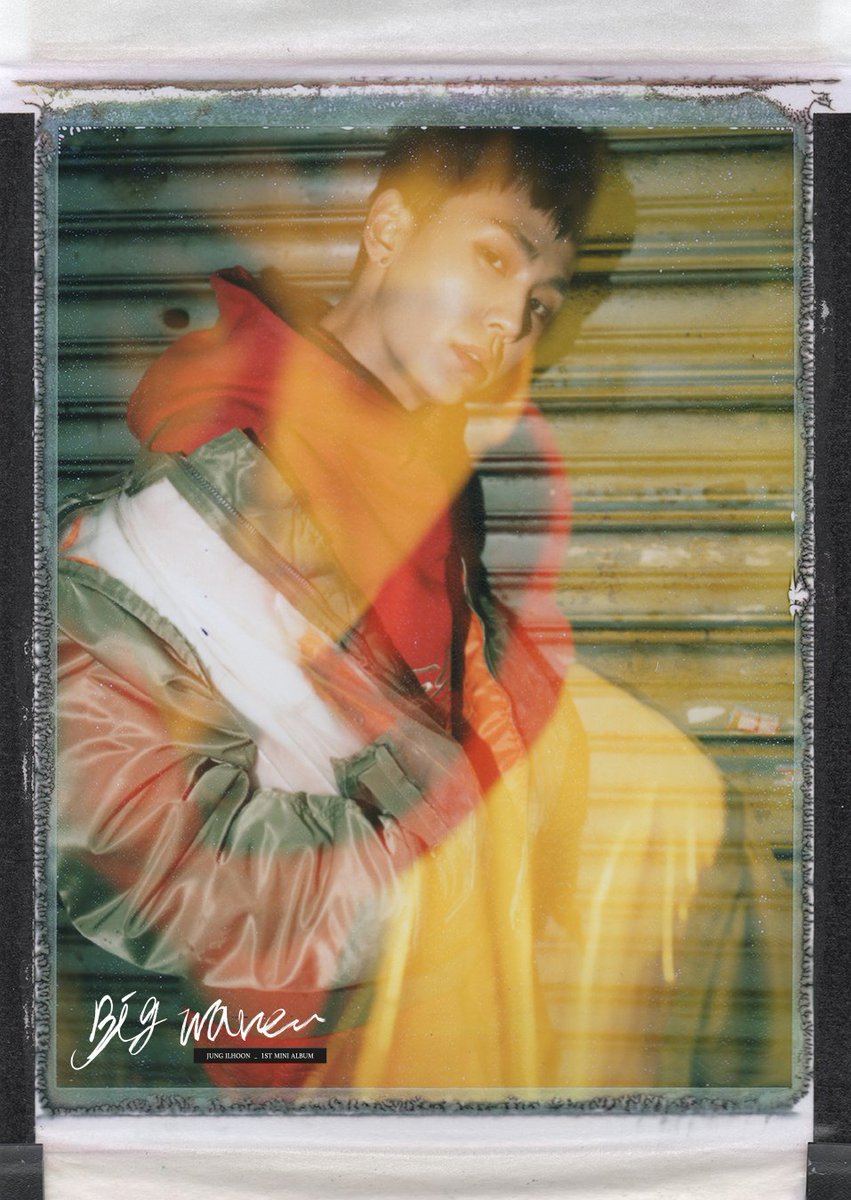 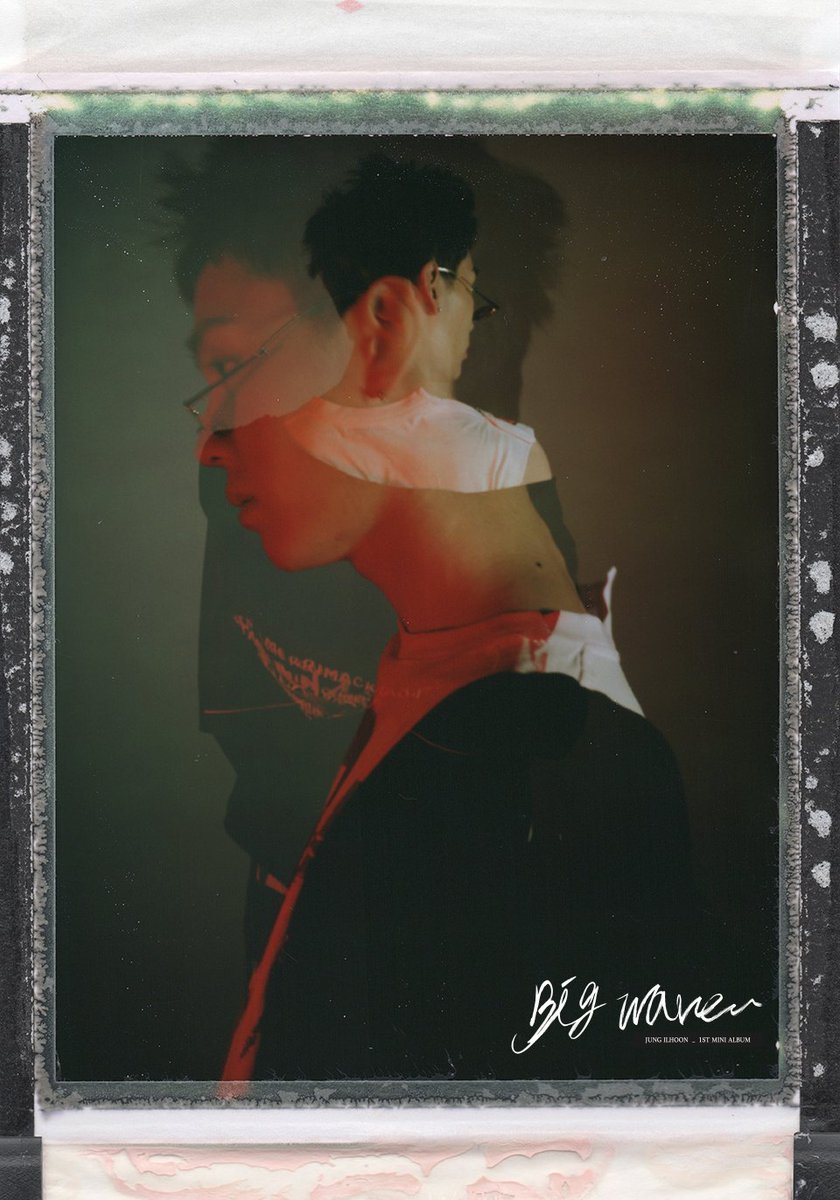 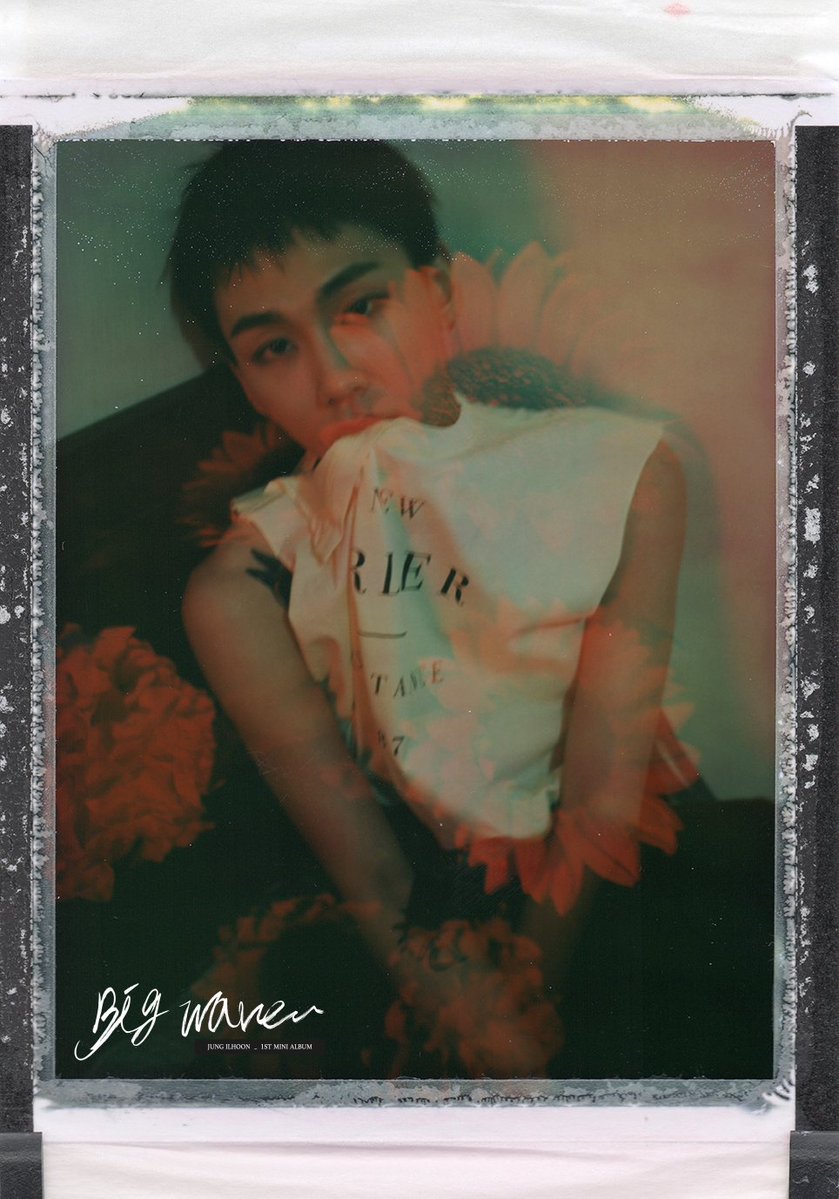 Ilhoon has released a schedule for teasers as he gears up for his solo debut!

Check out his schedule below. 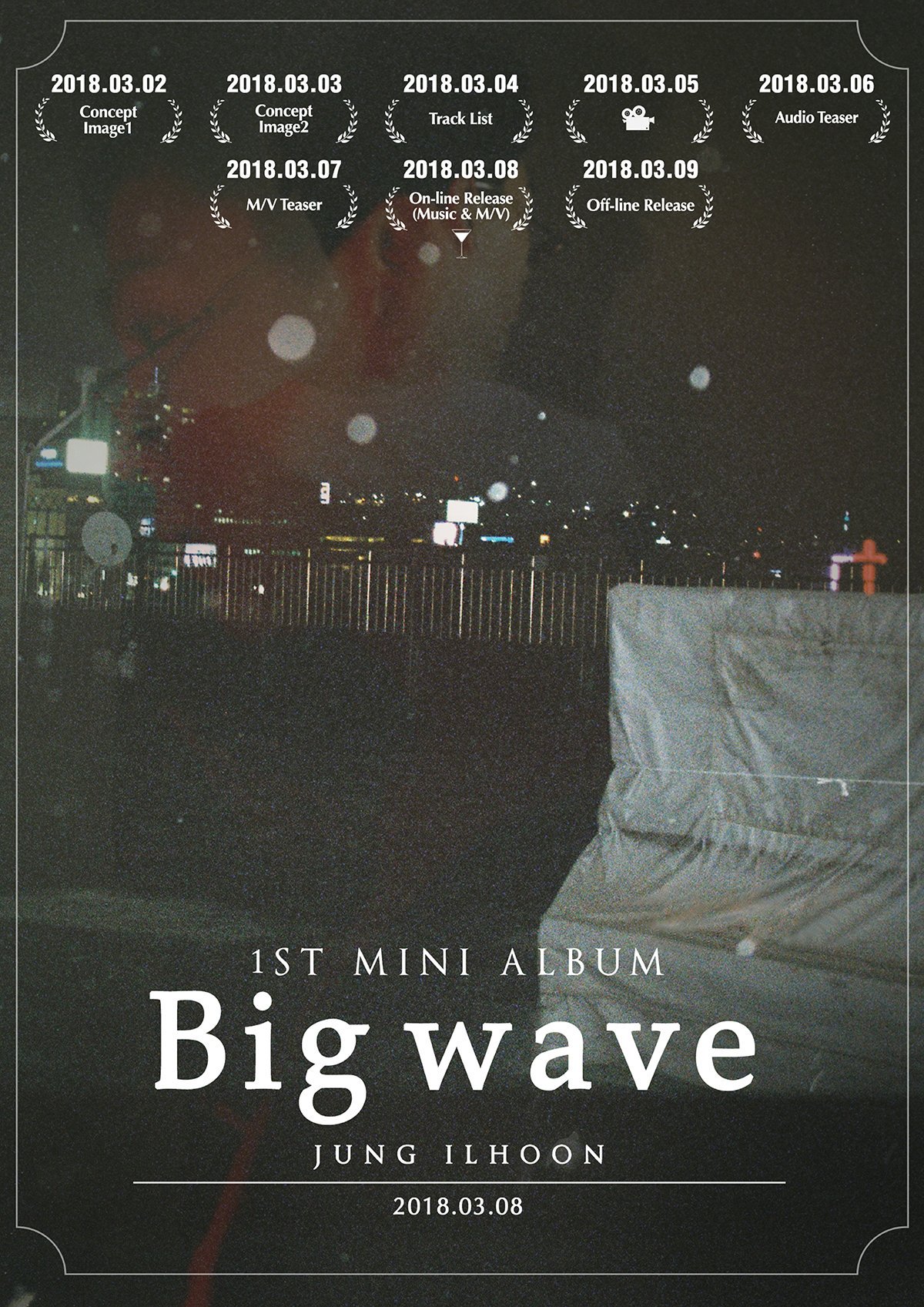 On February 27 at midnight KST, Cube Entertainment shared a teaser poster for Ilhoon’s upcoming mini album “Big Wave.” The mini album is due out on March 8 at 6 p.m. KST.

The photo shows an emergency exit sign altered so that the person running appears to be a woman. To the right is the faint outline of a heart around the word “Matijevic.”

Fans quickly began speculating that this was a teaser for Ilhoon’s solo debut in March. Matijevic and the woman running in the photo are likely references to Miljenko Matijevic and the song “She’s Gone” by Steelheart, the band that Matijevic fronts.

Back in December 2017, Ilhoon performed an original track also called “She’s Gone” at BTOB’s solo concert, leading fans to believe that the song might be released officially as part of his debut album next month.

BTOB
Ilhoon
How does this article make you feel?