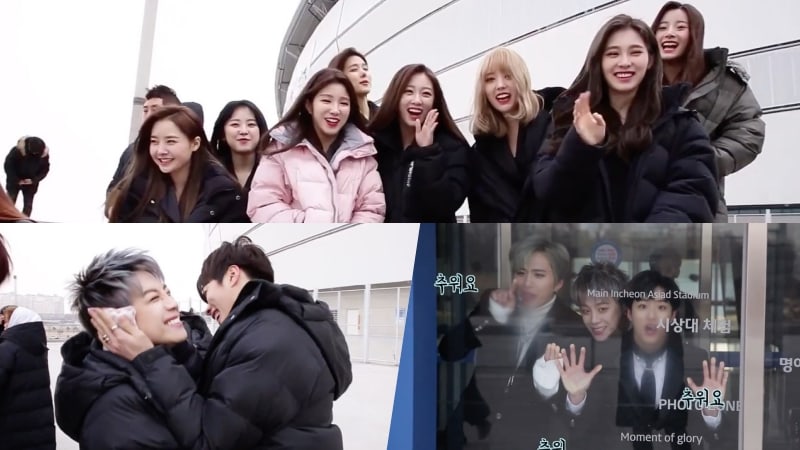 Watch: “The Unit” Final Groups Keep Their Spirits Up As They Battle The Cold For Video Shoot

The final groups from the idol rebooting show “The Unit” took part in a video and photo shoot together recently, when they looked cool and poised despite the freezing cold!

In the February 18 special episode of “The Unit,” the show shared unaired clips of each of the members of the new nine-member girl and boy groups, with each idol featured in their own section. Before their parts, “The Unit” showed new videos for each idol, before later on taking fans behind the scenes of the shoot.

Despite looking totally calm and charismatic as the cameras rolled during their group filming sessions outdoors, the behind-the-scenes video revealed how they were battling with heavy wind and low temperatures.

The guys hilariously kept screaming in the cold, and at one point they bolted indoors to try to find some warmth before fogging up the windows with their breath. Both the male and female teams tried to stay warm with padded coats and hot packs (with Ji Hansol even holding hot packs to Euijin’s ears), and embraced each other for warmth.

After all 18 of the idols showed their professionalism in a group shot without any signs of being cold, the director yelling “Cut!” sent them all screaming and running back indoors. 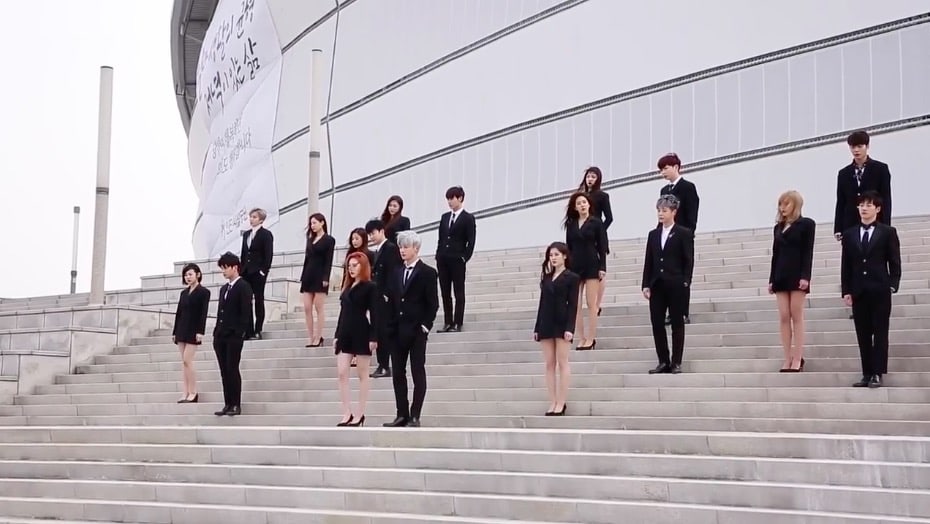 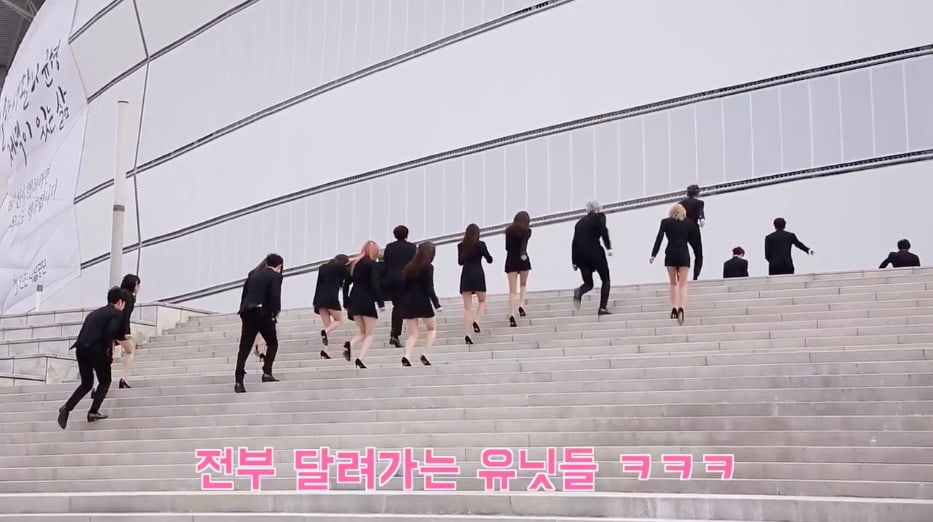 You can check out “The Unit” final groups filming their videos here!

“The Unit” aired its finale last week, in which the final nine members of the boy and girl groups were determined. On February 24, the show will be airing another special episode where the names of the groups will be revealed ahead of their debut, and the idols will take part in a fun competition.

Watch “The Unit” below.