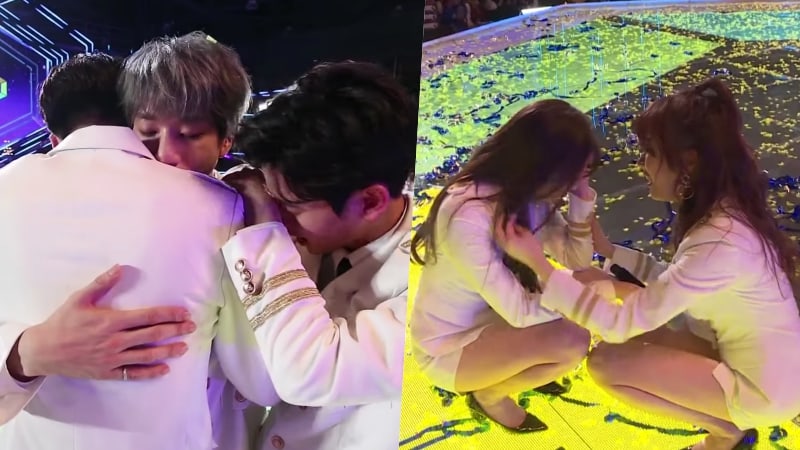 KBS 2TV’s “The Unit” aired a special episode showing behind-the-scenes footage of contestants after the finale.

On the February 18 episode, the contestants became emotional after the wrap of the live finale and their six-month-long journey together.

The contestants remained on stage to say goodbye, congratulate one another, and thank their family, friends, and fans. Some of the younger contestants were all smiles as they happily waved to those who cheered for them, while others shed tears. 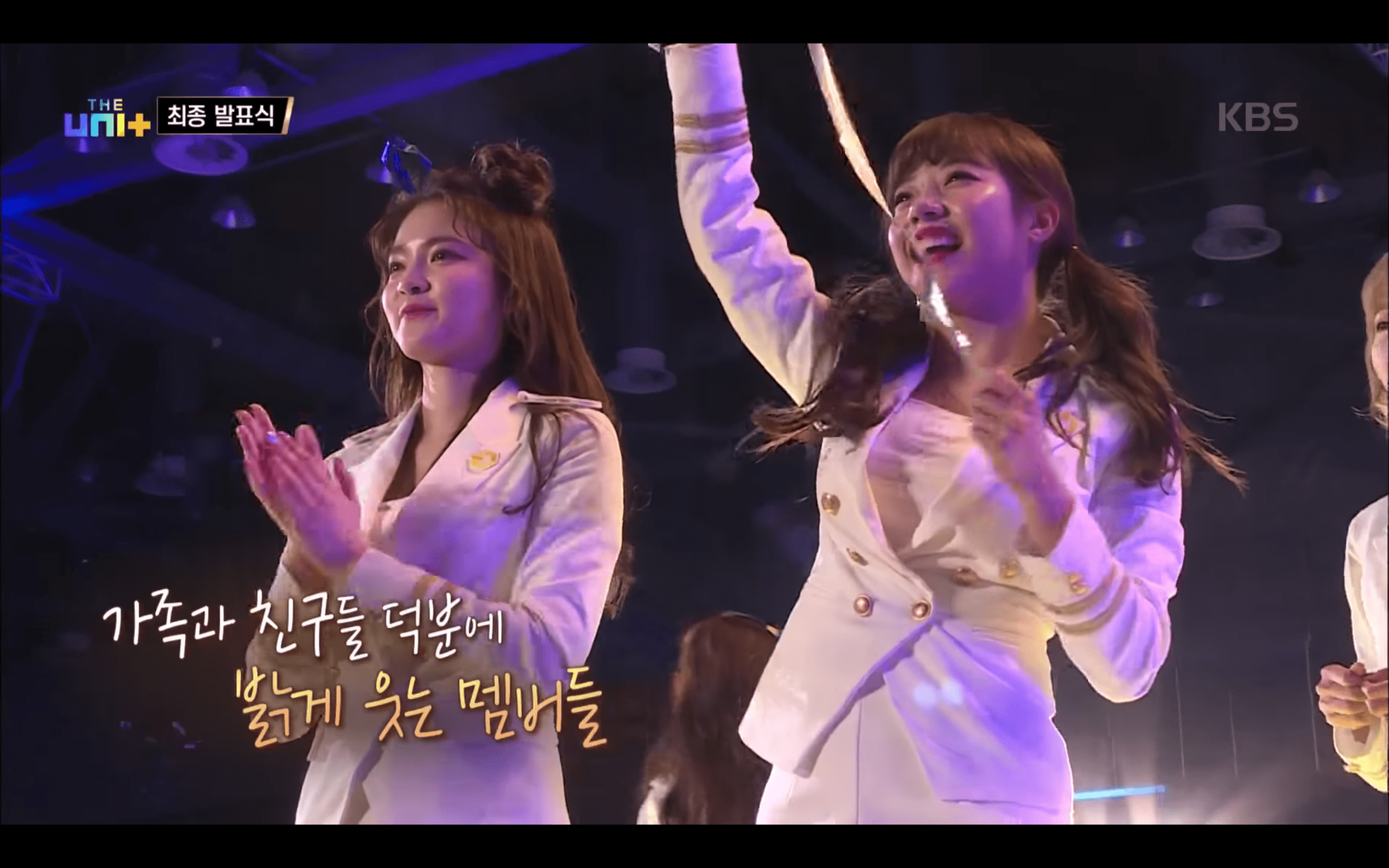 Lee Suji cried in Euna Kim’s arms as she expressed her sadness in being chosen as a finalist of Unit G without her. The two were former members of The Ark and have remained close friends since.

Euna Kim comforted Lee Suji and said, “Don’t cry! I’m crying because of you. Now stop crying.” She continued, “I’m sad that we won’t be able to see each other often anymore, but I’m not sad about the results and am happy that you got chosen.” 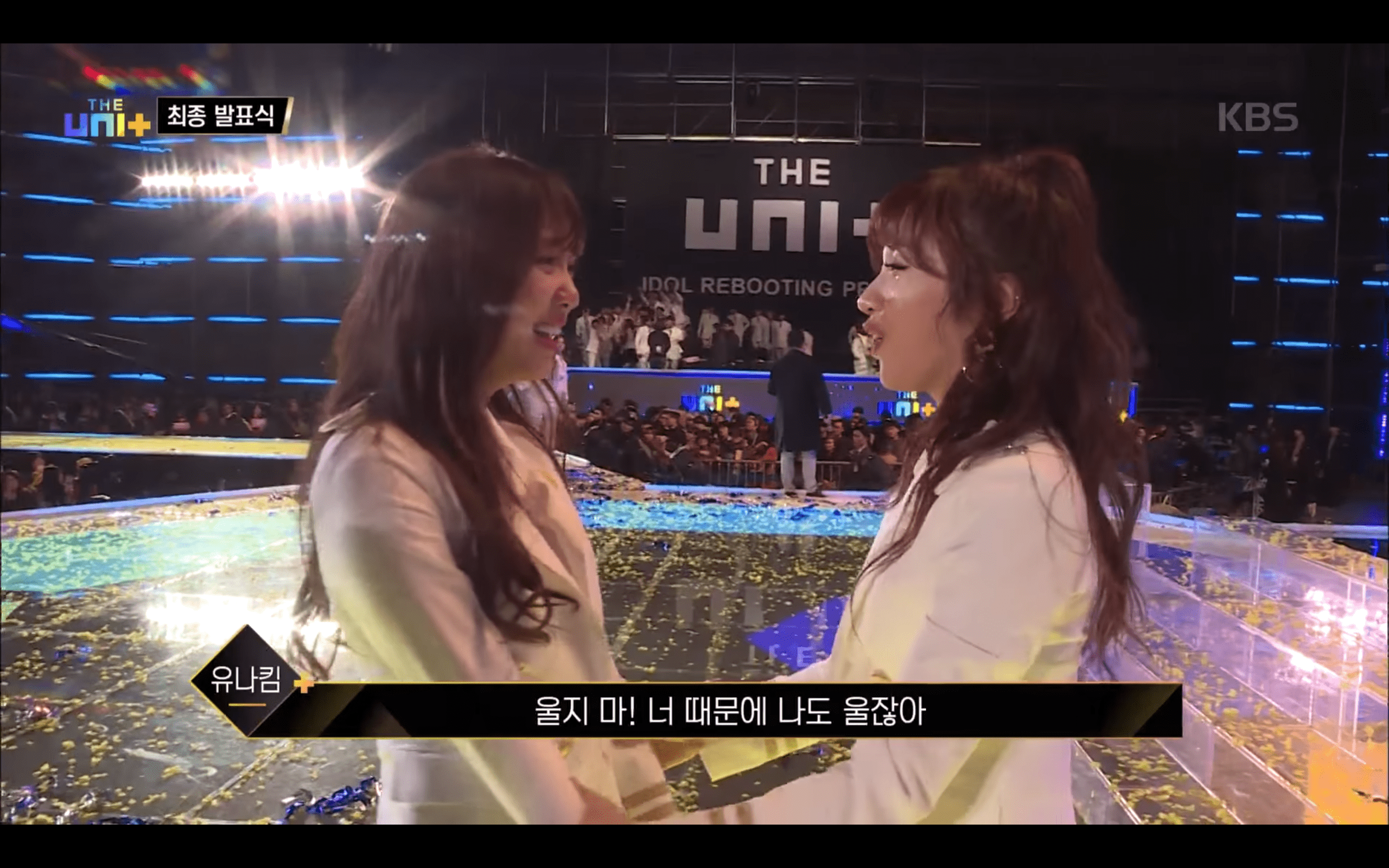 When the other contestants came to comfort her, Euna Kim began to cry but smiled when she said, “Please take good care of Suji.” 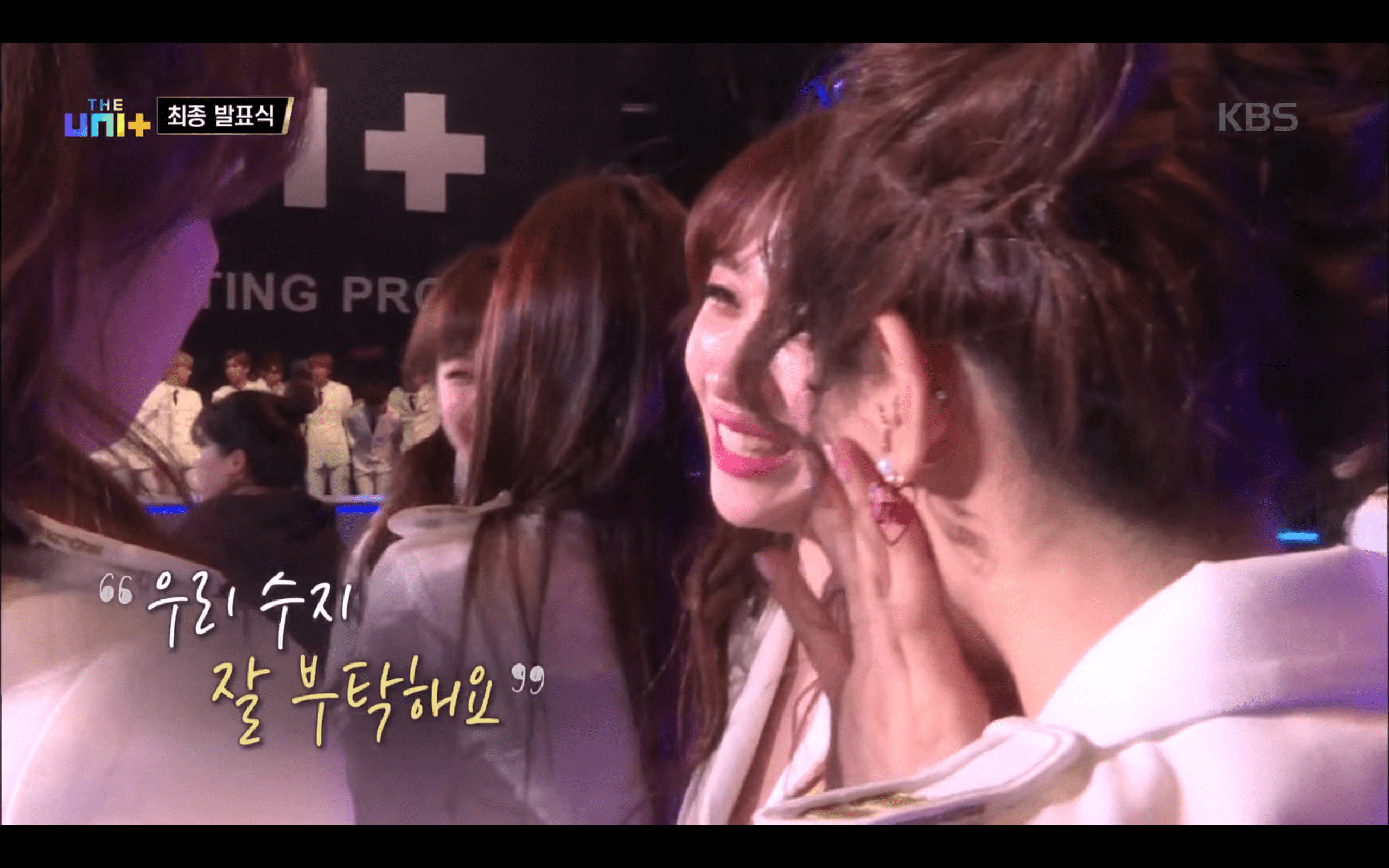 Timoteo and Hojung were also caught in a tearful embrace on stage. The two were later joined by Ji Hansol and other contestants who came together for a group hug. 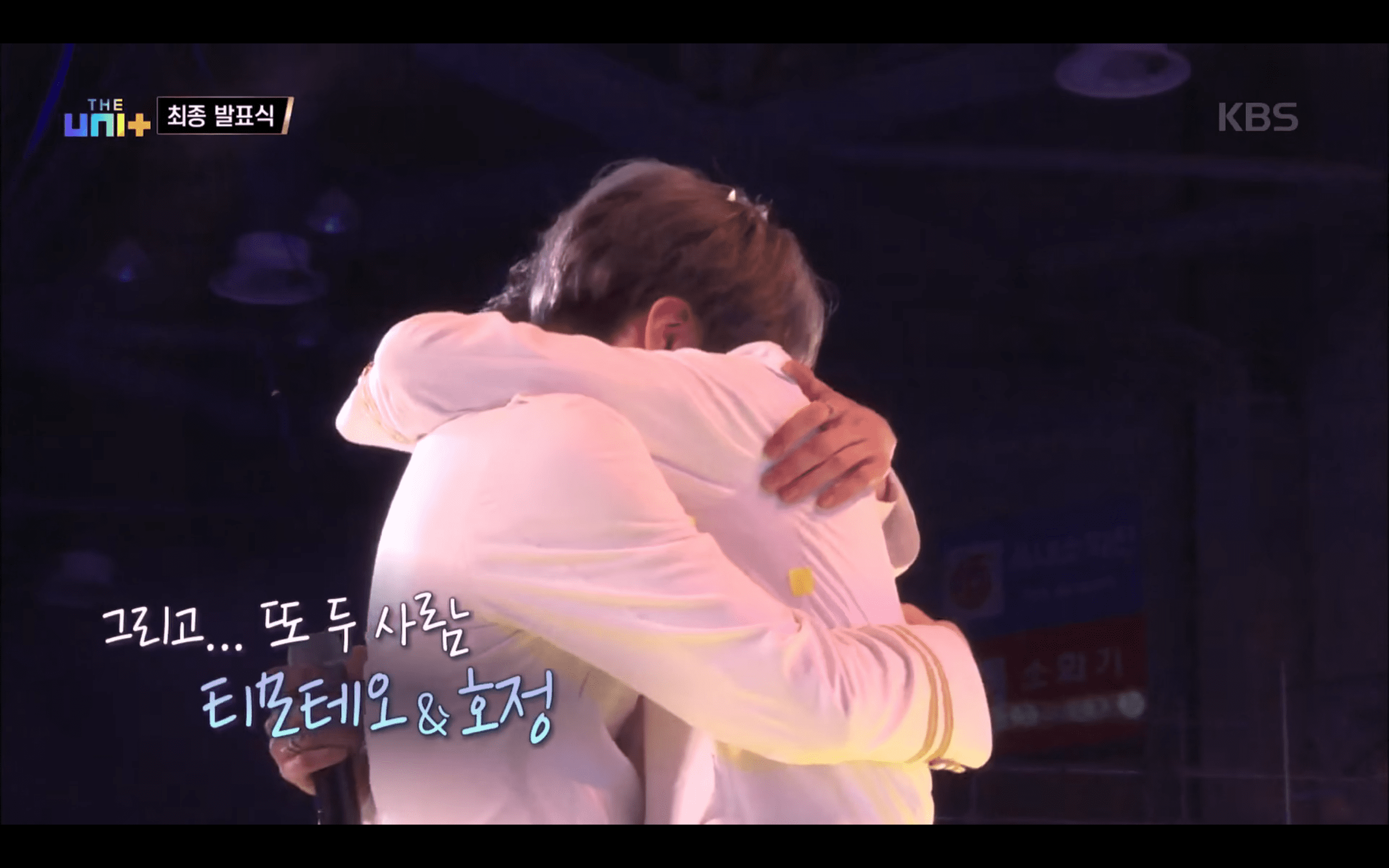 Looking out into the crowd of fans and previously eliminated contestants, U-KISS’s Jun yelled, “Thank you! Really!” Behind the stage, Feeldog shed tears with his friends and other contestants comforted him by telling him he did a good job. 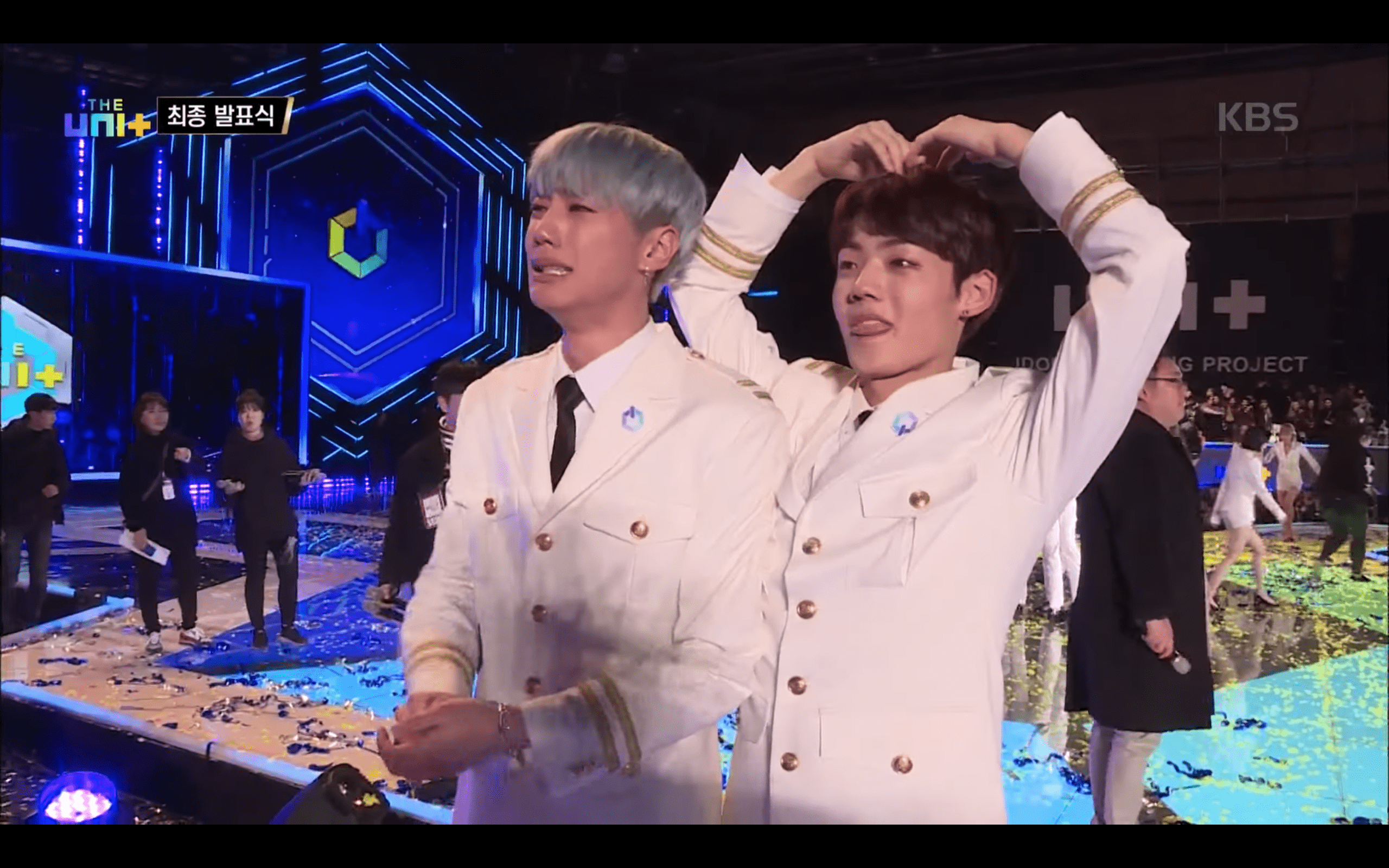 Euijin and Daewon were all smiles as they bid farewell to one another and said they see each other often so it’s okay. Euijin looked at the camera and said, “It finally ended! A long journey still lies ahead of us.” Lee Geon interjected and joked, “Please do well! Please! I ask of you!” and congratulated him on becoming a member of Unit B. 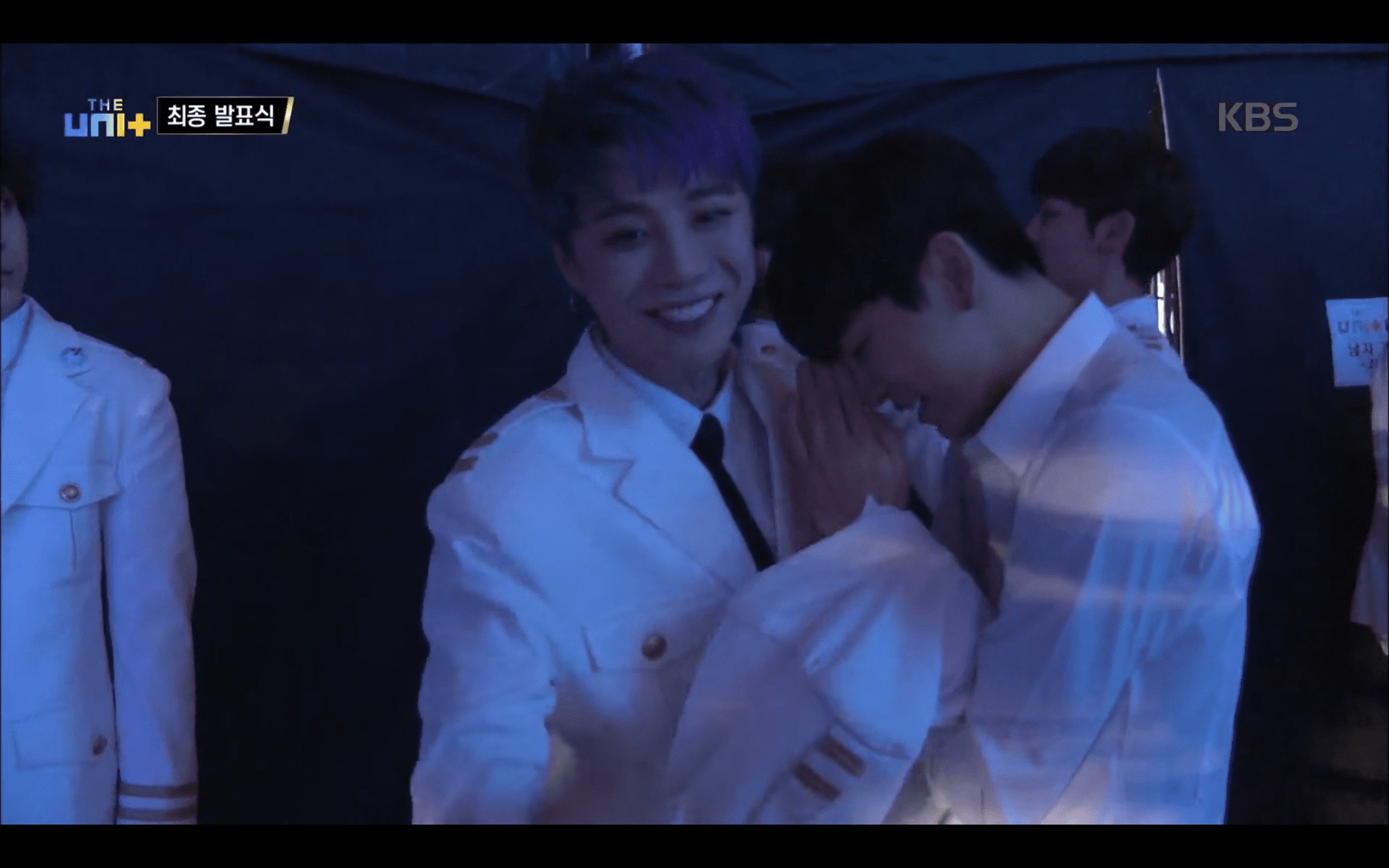 Check out the clip of “The Unit” contestants saying goodbye below!