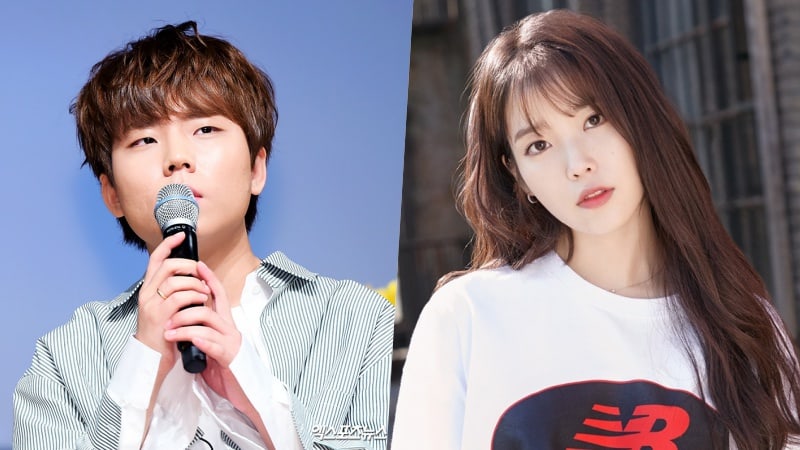 Jung Seung Hwan held a showcase for his first studio album “And Spring” on February 19 and opened up about his experience working with IU.

The singer worked on his pre-release track “The Snowman” with IU, who wrote the lyrics for the song. On what it was like to work with her, Jung Seung Hwan said, “I was so grateful that she happily agreed to help when I asked. She was very passionate about her work, even though she was very busy at the time. Even when she couldn’t physically be there, she would send me detailed text messages to advise and direct me.”

He continued his praise for her as he stated, “That’s what I thought was so amazing about her. It made me realize that not anyone can be a star like her. Her attention to detail was really amazing.” Jung Seung Hwan concluded with, “Thanks to her, I was able to release a song with great lyrics. I’ve always admired her as both a singer and lyricist, so I hope I have more opportunities to work with her in the future.”

“The Snowman” is a folk ballad with a retro feel that features lyrics written by IU. His new title track “It’s Raining” is an emotional ballad that confesses honest feelings of regret on a rainy day after a breakup. The new album will be released on February 19 at 6 p.m. KST.

IU
Jung Seung Hwan
XPN
How does this article make you feel?