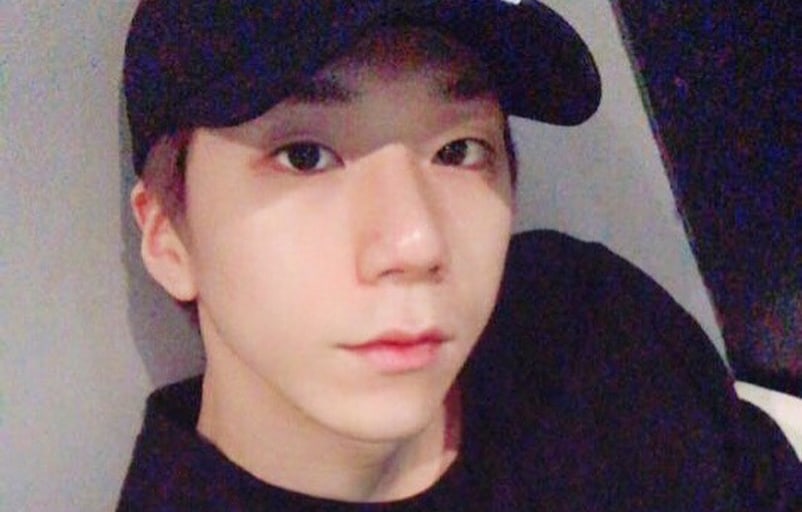 On February 19, HOTSHOT’s Timoteo held an interview following the conclusion of KBS’s idol rebooting project, “The Unit,” where he talked about his fellow HOTSHOT members and how he felt about them promoting in separate groups.

He continued, “I referred to ‘Produce 101 Season 2’ a lot. For the first mission where we had to make our own teams, I knew how to put a good team together. For the self-producing mission, it was really a mission where we had to make something out of nothing. There were a lot of unexpected situations, so I tried to keep myself together. I thought of Tae Hyun at the time and made the team.” Timoteo explained that he imagined his teammates were his members, and how they had taken the lead when they had practiced together. He commented, “The viewers enjoyed that, and so I tried to challenge myself further. If there was something for someone to volunteer and do, I raised my hand and did it no matter what.”

Currently, Ha Sung Woon is promoting with Wanna One, Noh Tae Hyun is a part of JBJ, and Go Hojung will be a part of Unit B. On their separate promotions, he shared, “I’m glad they got chosen as members. It worked out in the end. I’m proud of them. I think the experience of not being successful was useful and made us closer. The things we couldn’t say in the past, such as things we didn’t want to say in case we fought and got sensitive, I think we can actually say them now, since we are all more experienced.”

Throughout “The Unit,” Timoteo consistently ranked high during the missions as well as the rankings, and even reach No. 1 for a few weeks. However, he was ranked No. 10 in the finale, which was one rank behind what he needed to join the final nine-member Unit B.

HOTSHOT
Timoteo
The Unit
How does this article make you feel?