INFINITE’s Sunggyu has shared a quick preview of all the songs on his first full solo album, titled “10 Stories”! The album was produced by Nell’s Kim Jong Wan, who composed or co-composed all the tracks.

A long version of the MV teaser for Sunggyu’s solo comeback with “True Love” has been released!

INFINITE’s Sunggyu has shared the track list for his first full album “10 Stories”!

The track list confirms that Sunggyu has once again worked with Nell’s Kim Jong Wan, one of his favorite musicians, on his solo music.

“10 Stories” will feature the title track “True Love,” which was co-composed by Kim Jong Wan and Spaceboy, with lyrics by Kim Jong Wan. The album includes ten songs in total, with Kim Jong Wan composing all of them either on his own or with other musicians, including Lee Jung Hoon of Nell, Juuno of Casker, Spaceboy, and Zooey.

Epik High’s Tablo, a good friend of Kim Jong Wan, has also contributed to Sunggyu’s album by writing the lyrics to the song “Till Sunrise,” which will feature Kim Jong Wan. In addition to the other work together, Tablo and Kim Jong Wan previously teamed up to feature on Sunggyu’s song “Daydream” on his 2015 mini album “27.” 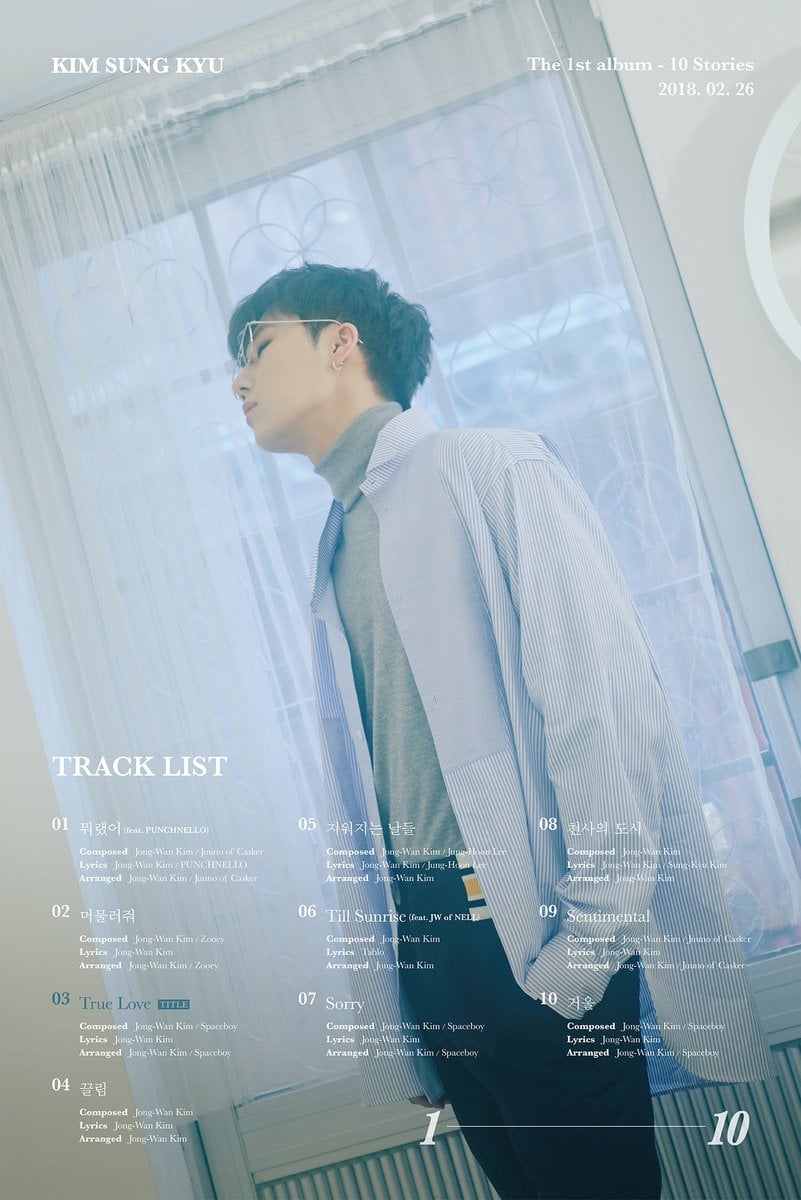 On February 21 at midnight KST, Sunggyu gave a new hint at what’s to come with his first full album “10 Stories” through a short teaser video. The clip features Sunggyu looking contemplative as he walks up a hill with the sun setting in the background, and the soothing music in the background gifts fans with a preview of his new music.

Sunggyu has also previously released teaser photos for his new full album, which is due out on February 26.