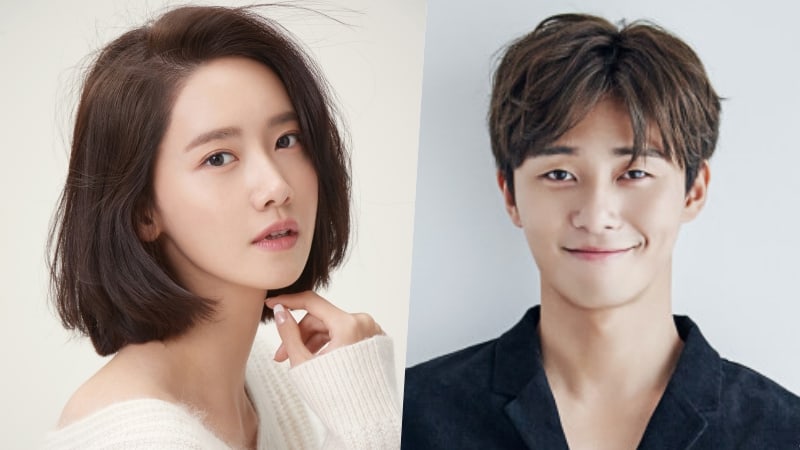 tvN’s “Youn’s Kitchen 2” and JTBC’s “Hyori’s Homestay 2” are two of the most trendy variety shows that are currently airing and they appear to have a few things in common. One aspect they share is their celebrity employees. Whether it be on wintry Jeju Island, or a sunny Spanish village, Girls’ Generation’s YoonA and Park Seo Joon toil away to make their guests and customers enjoy their stay. With all the attention towards these variety shows, some may be curious how much one could actually make while working at a bed-and-breakfast and/or a restaurant abroad. Taking into account their skills, the context of the workplace, and more, here are estimates of how much YoonA and Park Seo Joon would earn in their respective roles as part-time employees.

YoonA has recently made her appearance as the new part-time staff member at Lee Hyori and Lee Sang Soon’s bed-and-breakfast. She has been gaining attention not only for nifty items she uses, such as her waffle maker, but also for showing her natural side as she does the dishes or plays with the animals in the house. 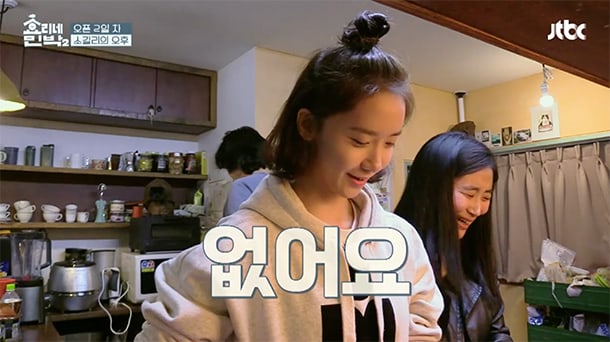 If she were an actual part-time employee at a guesthouse in Jeju Island, she would be making approximately 200,000 won (approximately $186) monthly. A 29-year-old woman who previously worked at a guesthouse for two months, “B” shared her experience and stated, “The guesthouse provides sleeping quarters and meals, and the staff is responsible for various tasks such as cleaning, being on duty, and so on. Although the number of staff members varies by guesthouse, this is probably the best working condition.” She described the daily work schedule, and stated, “Four staff members will work four days a week. For two days, we would only clean in the mornings, while the other two days, we would clean in the mornings, rest a bit, and then be on duty until 10 p.m.”

It was also revealed that usually staff members didn’t come to Jeju Island to make money, so they would do the minimum amount of work to get housing as well as meals. YoonA is in a similar situation, where in the meetings with the production crew, she revealed her desire to go to Jeju Island, and persuaded the producers with her ability to cook, drive, and speak Chinese and Japanese. As any regular part-time member would, she makes delicious food with Lee Hyori and Lee Sang Soon, cleans the house daily, drives around for errands, and even converses with the guests, creating a friendly atmosphere. However, the main differences are that YoonA works 10 days instead of a whole month, and during her free time, she tends to work rather than rest. Therefore her expected salary would be around 200,000 won (approximately $186). It was also revealed that her skills would not have made her competitive for a higher salary, as these sorts of skills wouldn’t have made a big difference in this line of work.

Located in a Spanish village, “Youn’s Kitchen 2” is bustling from around 12 p.m. to 3 p.m. when tourists start to get hungry. Although the kitchen is staffed with only two people, this restaurant specializes in Korean food, with various appetizers, meals, and desserts, from kimchi pancakes, to glass noodles, Korean short ribs, and more. To help the kitchen staff, a smart and hard-working part-timer is definitely called for. The part-timer also needs to have stamina and be quick on his feet if he’s going to survive the nightly company dinners with the likes of Yoon Yeo Jung, Lee Seo Jin, and Jung Yoo Mi. 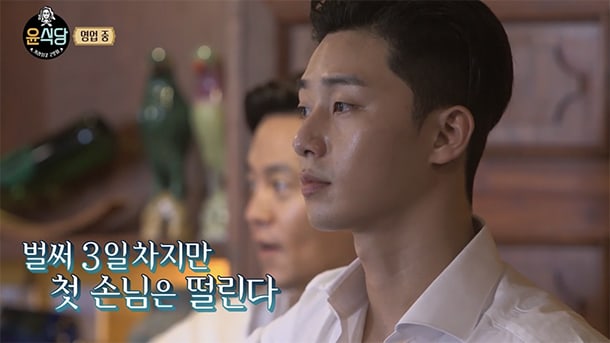 “A” stated, “If it’s a Korean restaurant, you don’t need to know Spanish. But if you were to work in Spain, you would have to be able to speak basic Spanish. In the show, since Park Seo Joon is able to speak Spanish, if he were to be acknowledged for this, he could potentially increase his wages.” Another important point is that Park Seo Joon is a jack-of-all-trades type of employee, where he is able to work in all parts of the restaurant. Usually in restaurants, part-time employees are divided into kitchen staff and serving staff, but he is a serving staff member who is also able to cook every now and then. Initially, producer Na Young Seok stated that he chose Park Seo Joon for his strength, but the actor has proven that he is able to go above and beyond the work that requires physical strength. Not only that, but his good looks have also grabbed the attention of incoming customers, which is a skill that cannot be translated into costs and profits. If Park Seo Joon were to become a permanent employee, he would be able to earn a fairly high salary.

What are your thoughts on this information?