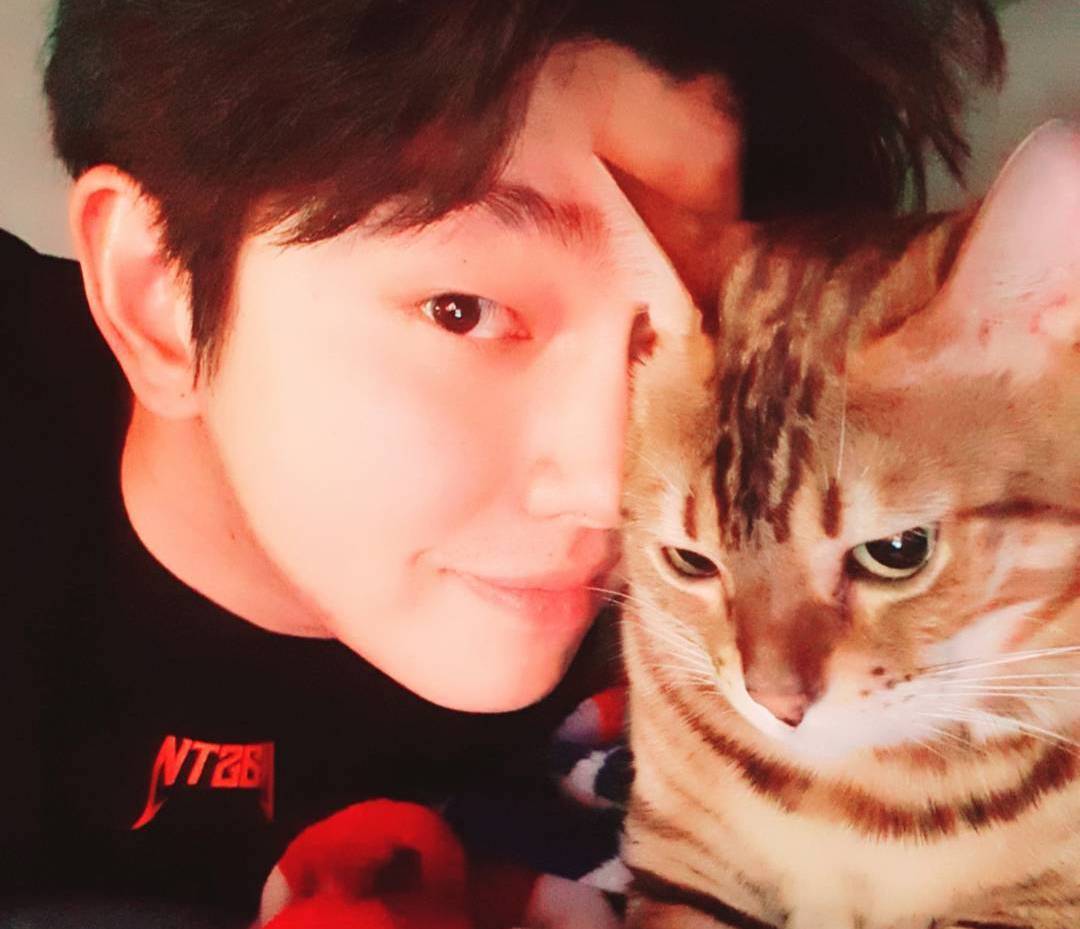 On February 21, the actor shared a photo of his cat Somyi, alongside the caption, “Somyi is a Scottish Kilt. Scottish Kilt is a problematic breed that was developed as a result of human greed. It could be described as mutation breeding. Most of these breeds have a genetic disorder and are often sick. They are usually weaker than normal cats.”

He continued, “Somyi had a skin disease and as you can see in the photo, she has severe malocclusion. Many people say we should adopt [these breeds] instead of purchasing them, but I had no plans to [get another pet]. However, she’s a baby that already entered the world, and when I saw how sick she was, I ultimately took her home.”

Upon reading his post, many netizens expressed concern, saying that it would create demand for experimental breeds. Because Yoon Kyun Sang is a public figure, some are worried that his post will encourage people to buy these breeds at pet shops.

In response to this backlash, Yoon Kyun Sang wrote another post, saying, “Please. I understand what the problem is. I wrote a [clarification] post just as you wanted, but because you said it wasn’t right, I deleted the photos as well.

“I understand that I’m a public figure. I apologize for forgetting. I understand why it was a problem, and I will be more aware from now on.

“It’s not because I didn’t make a mistake. I got rebuked after making a mistake and now I’m self-reflecting. These [fans] are by my side, saying it’s okay and telling me to be careful next time. They’re not being thoughtless while leaving comments.

“I have received hundreds of negative comments and messages. I understand, so please stop.”

Yoon Kyun Sang
How does this article make you feel?