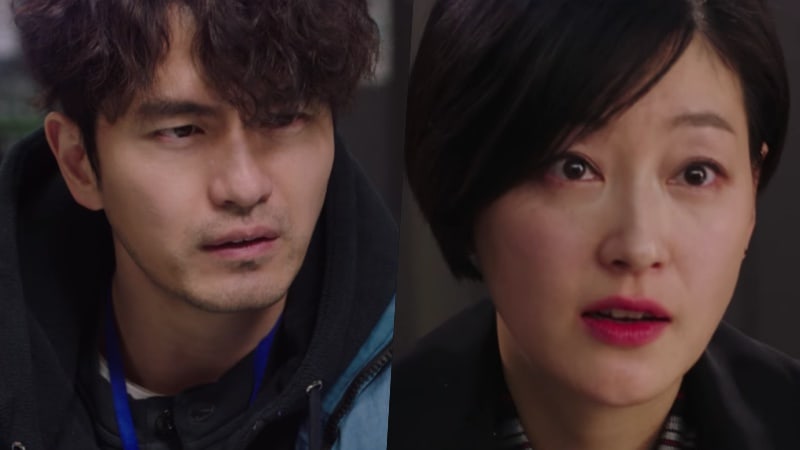 Things are about to get even more exciting in the upcoming episode of SBS’s Wednesday-Thursday drama “Return”!

The teaser video for the new episodes show Kim Dong Bae (Kim Dong Young) showing Dok Go Young (Lee Jin Wook) documents and saying, “These are the records for Kim Soo Hyun’s case. Choi Ja Hye (Baek Jin Hee) was the lawyer.” Dok Go Young says, “Choi Ja Hye was there?” and he begins to question, “Why did all the people who were involved ten years ago gather in one place?”

As Dok Go Young finds out that Choi Ja Hye was involved in the rape case 10 years ago, Choi Ja Hye can be seen asking Dok Go Young, “Wouldn’t it be right for Kim Hak Beom (Bong Tae Kyu), Seo Joon Hee (Yoon Jong Hoon), Oh Tae Seok (Shin Sung Rok), and Kang In Ho (Park Ki Woong) to be the ones most desired to be killed?”

Kang In Ho visits Seo Joon Hee at the hospital and asks, “What did you do?” The teaser ends on a cliffhanger as Seo Joon Hee opens his eyes and wakes up from his coma.