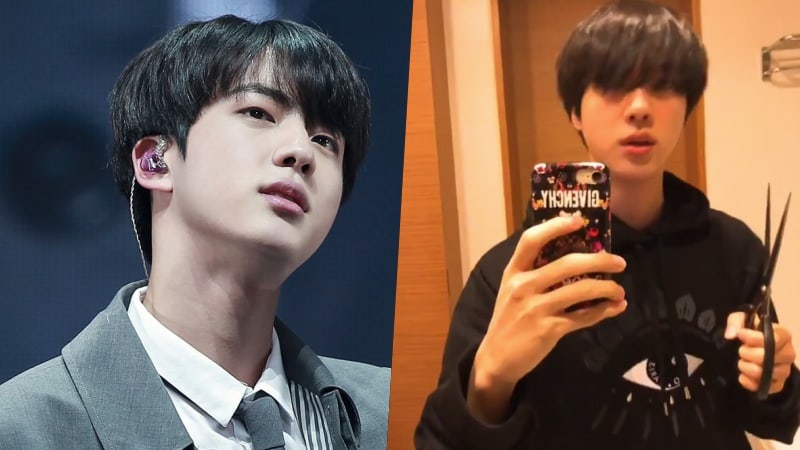 Watch: Things Go A Little Awry As BTS’s Jin Tries To Cut His Own Bangs

Everyone with bangs has thought about giving themselves a trim, and it seems that BTS’s Jin is no exception!

On February 22, Jin shared a short video of himself on BTS’s Twitter account with the caption, “My bangs…”

In the video, Jin is standing in front of a bathroom sink with a pair of scissors in one hand and his phone in the other. He says, “I will be cutting my bangs because they’re blocking my vision.”

With those words, he starts trimming his hair with one hand as the other is busy holding up his phone to record the process. At first, he seems content with his handiwork as he says, “Oh, I can see well now. Oh, this is nice.” But after looking at himself in the mirror a little longer, Jin sounds flustered as he says, “Huh? It’s a little…” and hurriedly ends the video.

Though we applaud Jin for taking the initiative to try and solve his problem, we think it might have been best to ask BTS’s stylist team for some help.