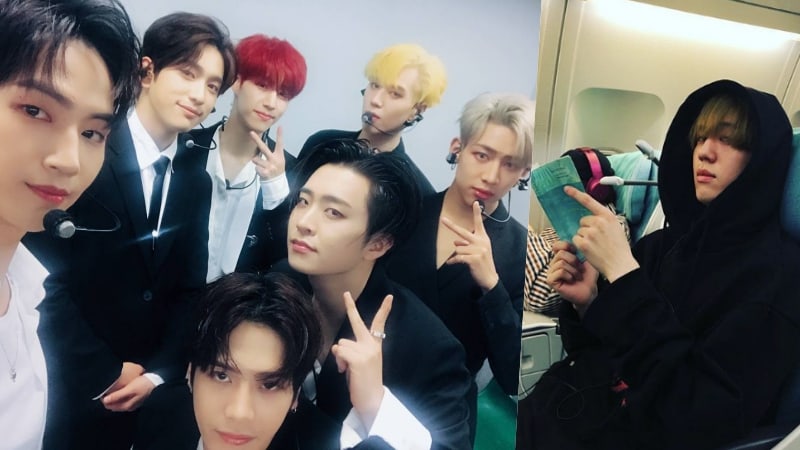 GOT7 couldn’t believe it when their youngest member started reading on an airplane, and the members took to Instagram to share their amazement with their fans!

On February 22, all six of Yugyeom’s fellow members posted on Instagram with photos of the sight. Mark tagged Yugyeom and asked, “Excuse me, what are you doing?!?!?”

Youngjae posted a photo from next to Yugyeom with just characters that represent the sound of laughter in the caption.

On his own picture of Yugyeom with his book, Jackson asked if he was reading or sleeping.

Leader JB also posted three photos of Yugyeom, pleading with him by writing, “It’s awkward, don’t do that, seriously,” “Ah seriously, stop it,” and “Don’t be serious, don’t get caught up in it.”

BamBam shared another photo with the caption in Korean, “Why does he suddenly have a book?” He also added in English, “kyum+book = make no sense…”

Yugyeom will soon have more time to pursue this new hobby as GOT7 will be spending even more time on planes when they head on a world concert tour starting in May. Before their tour, we’ll be getting a comeback from the group on March 13 with their new release “Eyes on You.“