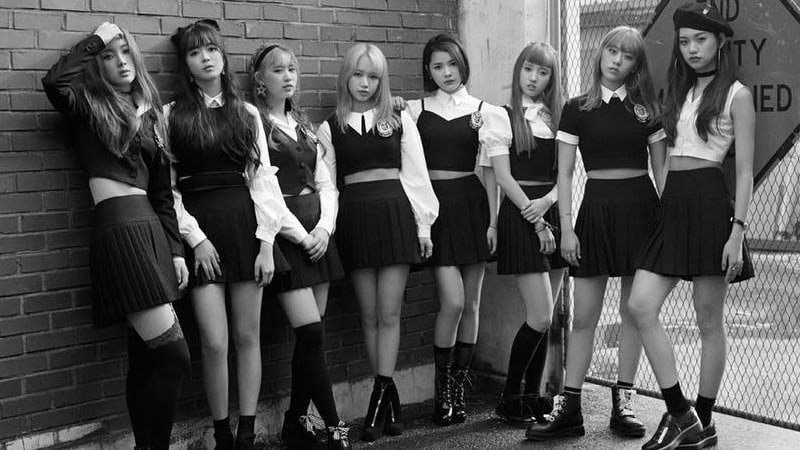 At the beginning of their showcase, Weki Meki members appeared on stage in matching white outfits and opened the showcase with a performance of “Iron Boy.”

About the release of their second mini album, Rina said, “I missed our fans. I think I was more nervous than I was at our debut.” Lucy added, “We prepared a lot. I hope you will look forward to it.”

The members also updated fans on what they’ve been up to. Weki Meki revealed that they were in the middle of filming a reality program and shared a story from their trip to Thailand.

Choi Yoojung commented on turning 20 this year and said, “To be honest, nothing has changed. My mom said my style changed and I look like a grown-up.” 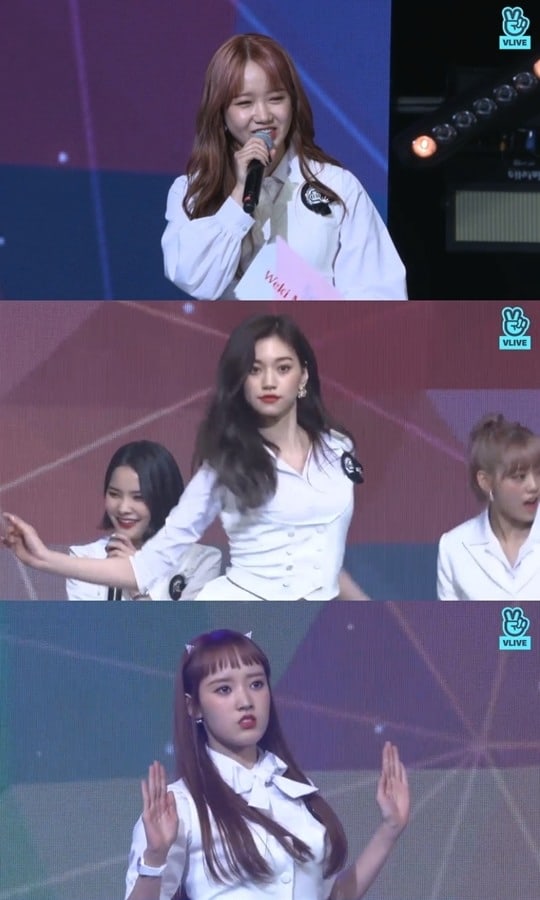 Kim Doyeon stated, “I got a new identification card, but I’m sad I haven’t been able to use it yet. I always wanted to wear high heels, so my sister said she would buy them for me. I want to try wearing them even when I’m not working,” and added she also wants to watch a rated-R movie.

The girl group then performed “My World” and “Pretty Boy” before sharing their good luck charms. Kim Doyeon said, “When I lie down on the heating pad and listen to music after practice, my stress from the day disappears and it gives me healing.”

Lua revealed, “I go to bed excited about eating breakfast,” and chose a toy that smells like bread. Eli said, “I worked hard on my diet and my staple food is sweet potato. My heart flutters thinking about what kind of sweet potato I should eat,” and sent a video message to sweet potatoes.

During a segment titled “Weki Meki Guinness,” two members competed against one another in a freestyle dance battle. Sei swept the competition after showing off her dance skills to the random selection of music, and Suyeon won the title of the member with the most cuteness.

Eli introduced the group’s title track “La La La” by saying, “The repetitive chorus is appealing and it’s about confidently confessing your feelings to someone you like.”