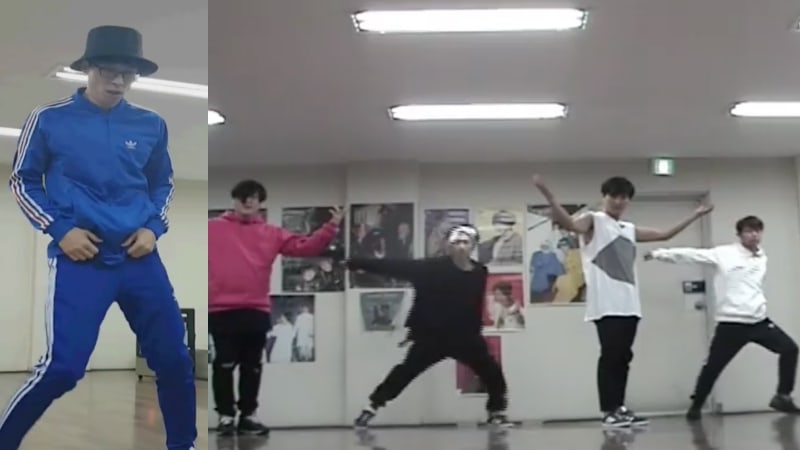 H.O.T. and the cast of MBC’s “Infinite Challenge” poured their hearts into preparing for the “ToToGa 3: Return of the Kings H.O.T.” special performance.

On February 22, “Infinite Challenge” posted a video of Yoo Jae Suk dancing to H.O.T.’s “We Are The Future.” Wearing a blue tracksuit and a black bucket hat, the comedian looks intensely focused on nailing the choreography as the other members watch from behind.

During last week’s episode, it was announced that five out of the six “Infinite Challenge” members would be chosen to perform on stage at the H.O.T. reunion special.

The variety program also posted a clip of the H.O.T. members rehearsing to “I Yah,” a track off of the group’s fourth album of the same title. Although nearly two decades have passed since they last performed together, the members dance perfectly in-sync to the beat of their song from 1999.

According to the caption, the clip is from the group’s rehearsal two days before their reunion performance on February 15, which will be featured in the next episode of “Infinite Challenge.”

To see H.O.T. finally reunite with their fans after 17 years, don’t miss the final episode of the “Infinite Challenge” special, which will air on February 24 at 10:40 p.m. KST.

You can also watch the first part of H.O.T.’s “Infinite Challenge” special below!

Yoo Jae Suk
H.O.T.
Infinite Challenge
How does this article make you feel?