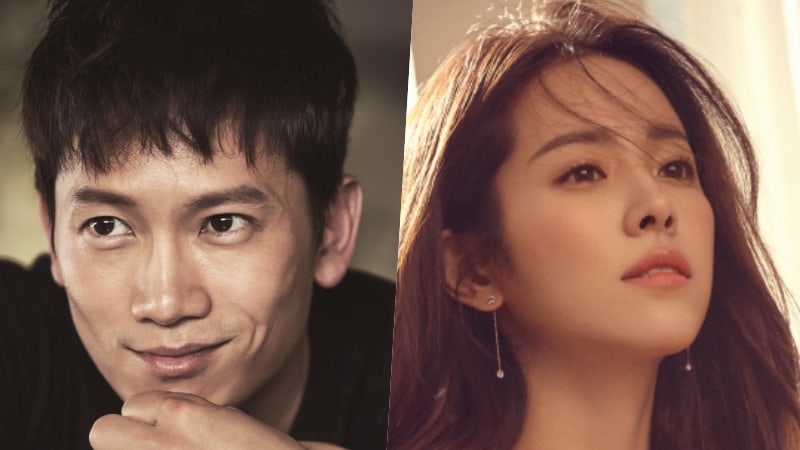 Ji Sung and Han Ji Min will be starring in a new tvN fantasy romance drama!

On February 23, both actors’ agencies confirmed that they would be playing the lead roles in the upcoming drama “Knowing Wife” (literal title). The drama will tell the story of a married couple who suddenly finds themselves living entirely different lives after their fates magically change through an unexpected incident.

Ji Sung will be playing the character of Cha Joo Hyuk, an ordinary bank employee, while Han Ji Min will play Seo Woo Jin, the housewife who has been married to him for five years. Although “Knowing Wife” will depict the everyday lives of realistic, ordinary people, the love story’s fantasy twist will allow viewers to see Ji Sung and Han Ji Min each leading two different lives.

A representative for Namoo Actors stated, “What Ji Sung considers most important is a drama’s sincerity and warmth. We believe that through his appearance in ‘Knowing Wife,’ he will be able to portray a character with a relatable humanity. We ask that you give him lots of anticipation and support.”

BH Entertainment also remarked, “We believe that Han Ji Min will be able to show viewers new charms through the drama ‘Knowing Wife.’ As this is her first drama comeback in a long time, we ask that you give her lots of interest and love.”

“Knowing Wife” will be helmed by the director behind MBC’s “Shopping King Louie” and the screenwriter behind “Oh My Ghost,” “King of High School,” and “Weightlifting Fairy Kim Bok Joo.”

The drama is expected to air sometime in the second half of 2018.

Are you excited to see Ji Sung and Han Ji Min return to the small screen? Leave your thoughts below!

Han Ji Min
Ji Sung
How does this article make you feel?