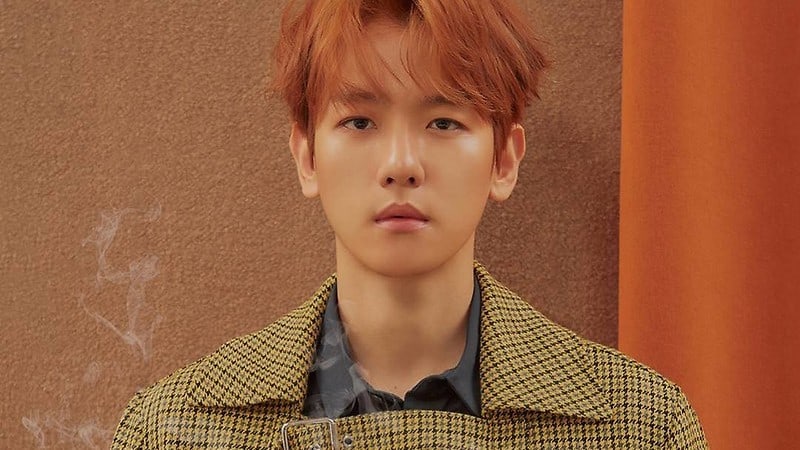 EXO’s Baekhyun participated in a phone interview with JTBC’s “Morning&” news segment on February 23 to talk about the group’s upcoming performance at the 2018 PyeongChang Winter Olympics closing ceremony.

On how he feels about the upcoming performance, Baekhyun stated, “All of us were so happy when we were told that we’d be performing at the closing ceremony. It’s an event that is watched by the entire world, so it is a great honor for us. It’s a stage of dreams that not many get the opportunity to participate in. As we’ll be representing K-pop through our performance, we’ve been holding a lot of discussions about our stage.”

He was asked if he could share a spoiler for EXO’s upcoming performance and he said, “It’s difficult for me to share details because we want the big reveal to be on the day of the closing ceremony. But I can say that we will be singing two songs. A lot of preparations went into it, so please anticipate our performance.” 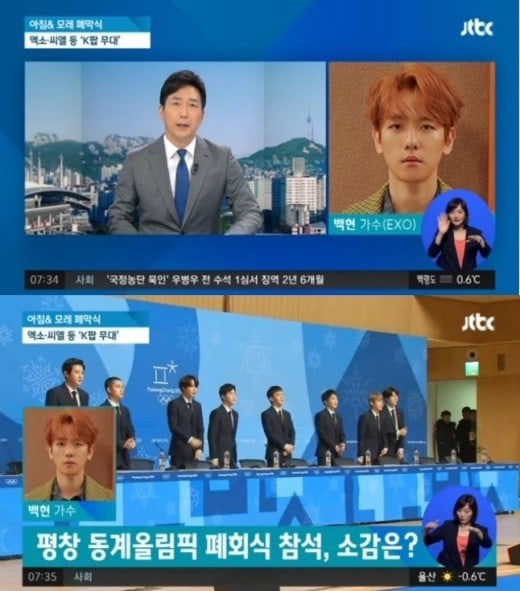 EXO has taken to the stage at many large-scale international events. Baekhyun even sang the national anthem at the opening ceremony of the 132nd International Olympic Committee session. And now with the group set to perform at the closing ceremony of this year’s Winter Olympics, EXO has earned the nickname “Nation’s Pick.” Baekhyun expressed his gratitude and added, “We are grateful to be given the nickname ‘Nation’s Pick’ and we feel a greater sense of responsibility because of it. Hearing it has strengthened our resolve to keep working harder. We believe that we were invited to perform [at the closing ceremony] because of the love and support of our fans from all over the world.”

Speaking of EXO’s international fans, Baekhyun was also asked if EXO knew that figure skater Evgenia Medvedeva was an EXO-L and had stated in an interview that she wanted to meet the group. He replied, “We would love to meet her if we get the chance,” and added, “Whenever we hear that an athlete is our fan, we talk about how amazing that is in our group chat. We always have a strong desire to meet all of them.”

Finally, Baekhyun concluded his interview with a message to the athletes competing in the Winter Olympics and said, “I hope that everyone sees results that reflect all of the hard work they put into their training. But I think what’s most important is that they don’t get injured during the competition. I hope everyone stays injury-free and does their best till the end.”

EXO and CL are set to perform at the closing ceremony of the 2018 PyeongChang Winter Olympics, which will take place on February 25.