The stills highlight the difference between her character as the zombie girl and as Ah Sa Nyeo. As the former, she is lovable and pure, shedding tears with a rose clasped between her hands. In a past life, she was a girl group trainee named Jung Sae Ra.

As Ah Sa Nyeo, though, she turns into a cold and charismatic character who was tossed aside after giving everything she had to make the one she loved king. Now that her thousand-year-old seal has been broken, she’s returned. 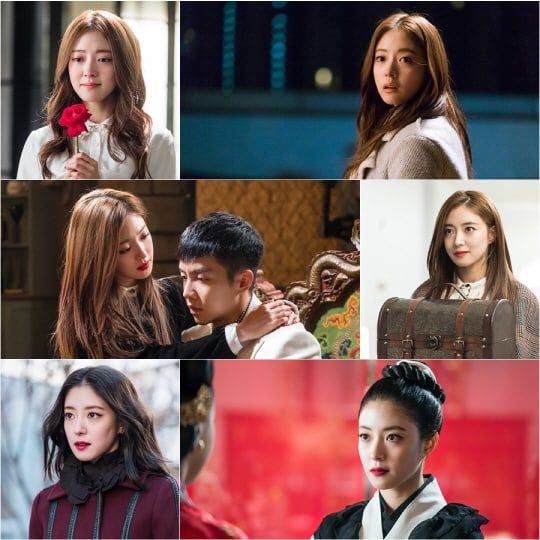 In a recent episode, she escaped with the help of Lee Hong Ki’s character, deceiving him into thinking she’s not who she is by acting the part she’d been before. In order to perfectly capture this duality of character, Lee Se Young would monitor her performance as soon as the cameras turned off and had many discussions with the director.

Check out the first episode of “Hwayugi” on Viki below!

Lee Se Young
Hwayugi
How does this article make you feel?