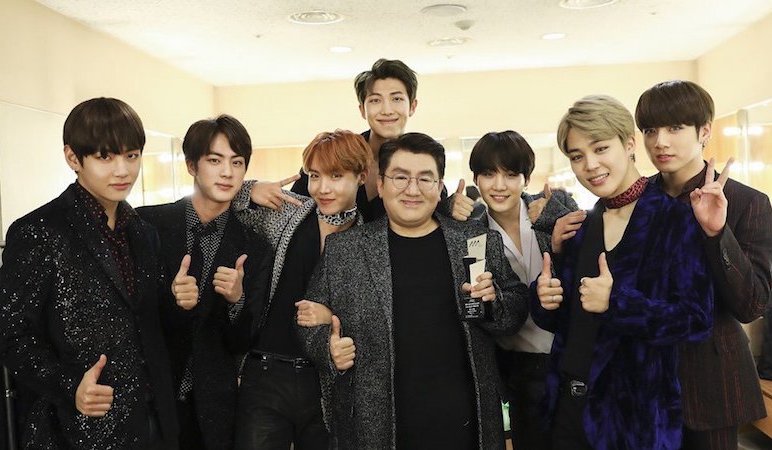 On the latest episode of documentary show “Good Instinct,” BigHit Entertainment founder Bang Shi Hyuk talked about how BTS has gotten to where they are today.

The February 23 episode featured Bang Shi Hyuk talking about the group in front of an audience. He said, “Many people ask me what the secret to BTS’ success is. Some have said it’s communication through social media, but that’s not all there is to it.”

Bang Shi Hyuk also explained that the band Duran Duran had inspired him to make a band where the members similarly were not only good-looking but also made great music, which led him into the idol industry.

He continued, “When I first met the members, the goal wasn’t for them to become international artists. It hadn’t been long since they’d come to Seoul, and our company also wasn’t in the mainstream. I just thought that I could make something meaningful together with these guys.” 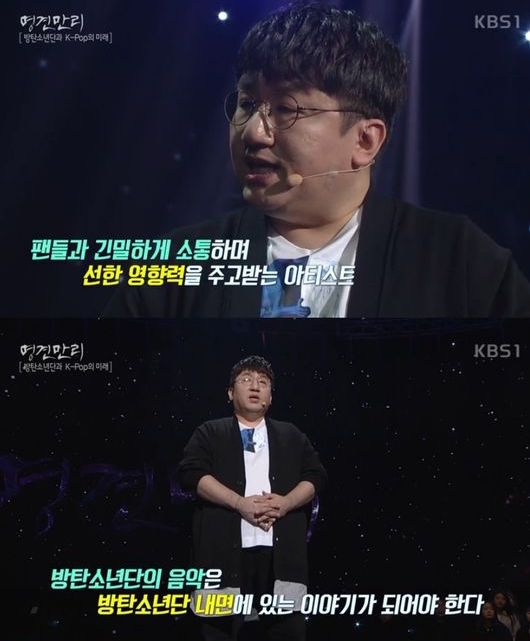 Bang Shi Hyuk also talked about the process of making music with BTS. “When we start working on an album, the members stop all their activities and focus on their practice. That becomes their official activities.” Bang Shi Hyuk also talked about how he entrusts the group’s music videos to video artists in this age of “visual music,” and said that music videos lately show the album’s concept as well as the direction the artist is going in the future.

The producer also said that he gave the group freedom from the start, ever since their debut. “I didn’t restrict them,” he said. “I just hoped that they would become a group that would be a good influence. I told them to make music that would share the sounds of their inner selves, and so their first album was about student life. Although there were some criticisms then that it was an old-fashioned school concept, a lot of the members were students at the time, and it was a natural result.”

The show also included comments by a popular culture critic who described BTS as “autonomous idols” because they put their own voices into their music.

“Good Insight” additionally followed the group on their trip to Los Angeles to perform at the American Music Awards last November, and Bang Shi Hyuk talked about how he is thinking a lot about the future direction of both BTS and K-pop.