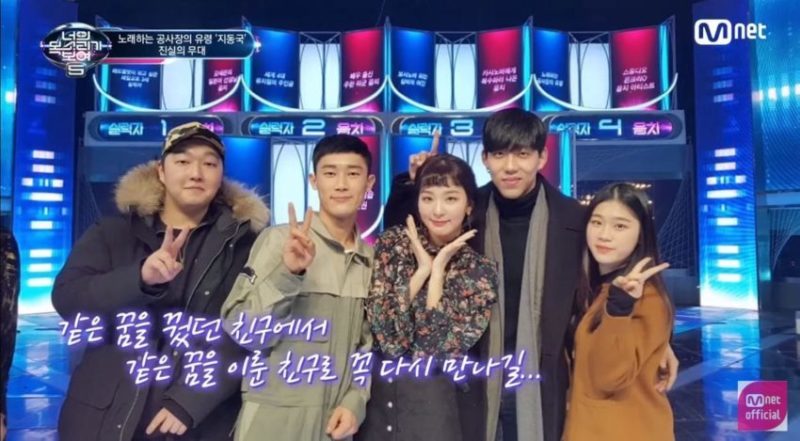 Red Velvet guested on the February 23 episode of tvN’s “I Can See Your Voice,” where they encountered a few of their former classmates.

“I Can See You Voice” is a music variety program, where guests must guess which contestants are skilled at singing and which are tone-deaf. For each contestant, the guests are shown two possible identities—one which indicates that they are a skilled singer and the other tone-deaf—, with only one of them being true. Throughout the various rounds, guests are given other various clues and must pick out the tone-deaf contestants.

During this episode, Wendy shared, “I’ve got the type of face that looks like I would sing well. People with well-developed jaws and cheekbones are good at singing.” MC Kim Jong Kook commented, “Kim Bum Soo and I are both like that.” Seulgi then asked Irene if she was good at guessing these types of things, to which she answered uncertainly, “I don’t have good instincts.” 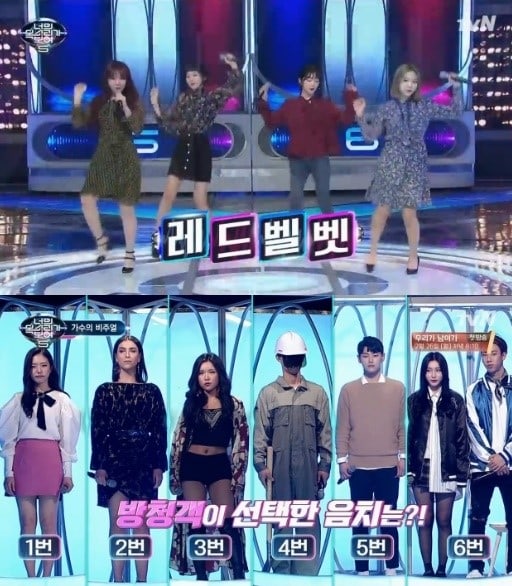 While they were looking over the contestants, Yeri was then surprised to spot a former classmate of hers from Hanlim Multi Art School.

For the first round, the members chose a contestant whom they thought was tone-deaf. If she was indeed tone-deaf, she was described to be a third-generation Korean from Japan who was GOT7’s Japanese teacher. However, the contestant was revealed to be skilled, which means her actual identity is a trainee preparing to become a singer in Korea. The contestant, Jeon Ye Im, sent a tearful video message to her mother, and Red Velvet also cried with her. On their failure to correctly pick out the tone-deaf contestants, Yeri commented, “I have good instincts, so I wish the members would take that into consideration.”

During the second round, the members did listen to Yeri’s opinion, and picked two contestants that they guessed were tone-deaf. However, both of their choices turned out to be incorrect again. One was actually a singer named Lola Emmett who previously played the lead role in the musical “Cats,” and revealed her skills while singing “Memory.” 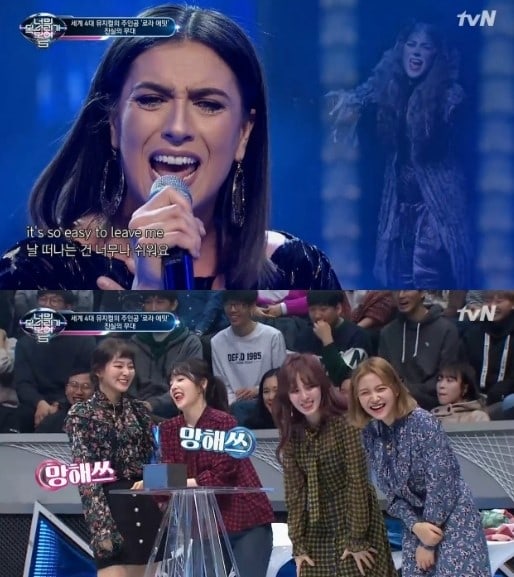 The other, who had been hiding behind a helmet up to this point, was revealed to be Seulgi’s classmate, Ji Dong Gook. He shared, “I’m currently working the day shift at a construction site. After I graduated from high school, I couldn’t continue to pursue music because of family reasons.” He explained that he had nowhere to live in Seoul, so he started working at a construction site because the construction company offers housing. Seulgi began to tear up at his story and as he left, she complimented him, saying, “You did really well!” 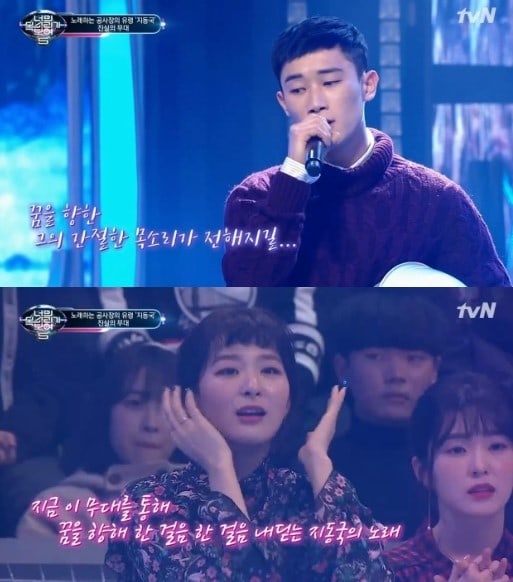 In the final round, Yeri’s classmate Han Hee from Hanlim Multi Art School was also unable to move on as they were not chosen by Red Velvet. Han Hee was a skilled singer but her friend who also appeared with her was tone-deaf. Han Hee commented, “Lately, Yeri seemed tired and sad, and my heart hurt for her. I came because I wanted to make her laugh.”

The singer that Red Velvet ultimately chose and believed to be skilled was the contestant who claimed she was a bossanova singer. As they sang a duet version of “Red Flavor,” the members were startled to find out that the contestant was actually tone-deaf. However, the members and contestant alike continued to passionately belt out “Red Flavor.” The contestant hilariously shared, “An ex-boyfriend of mine watches the show a lot, so I came out so he would have to see me.”

Red Velvet
I Can See Your Voice
How does this article make you feel?